How to spend a weekend in Brooklyn | Expedia Travel Bog

How to spend a weekend in Brooklyn 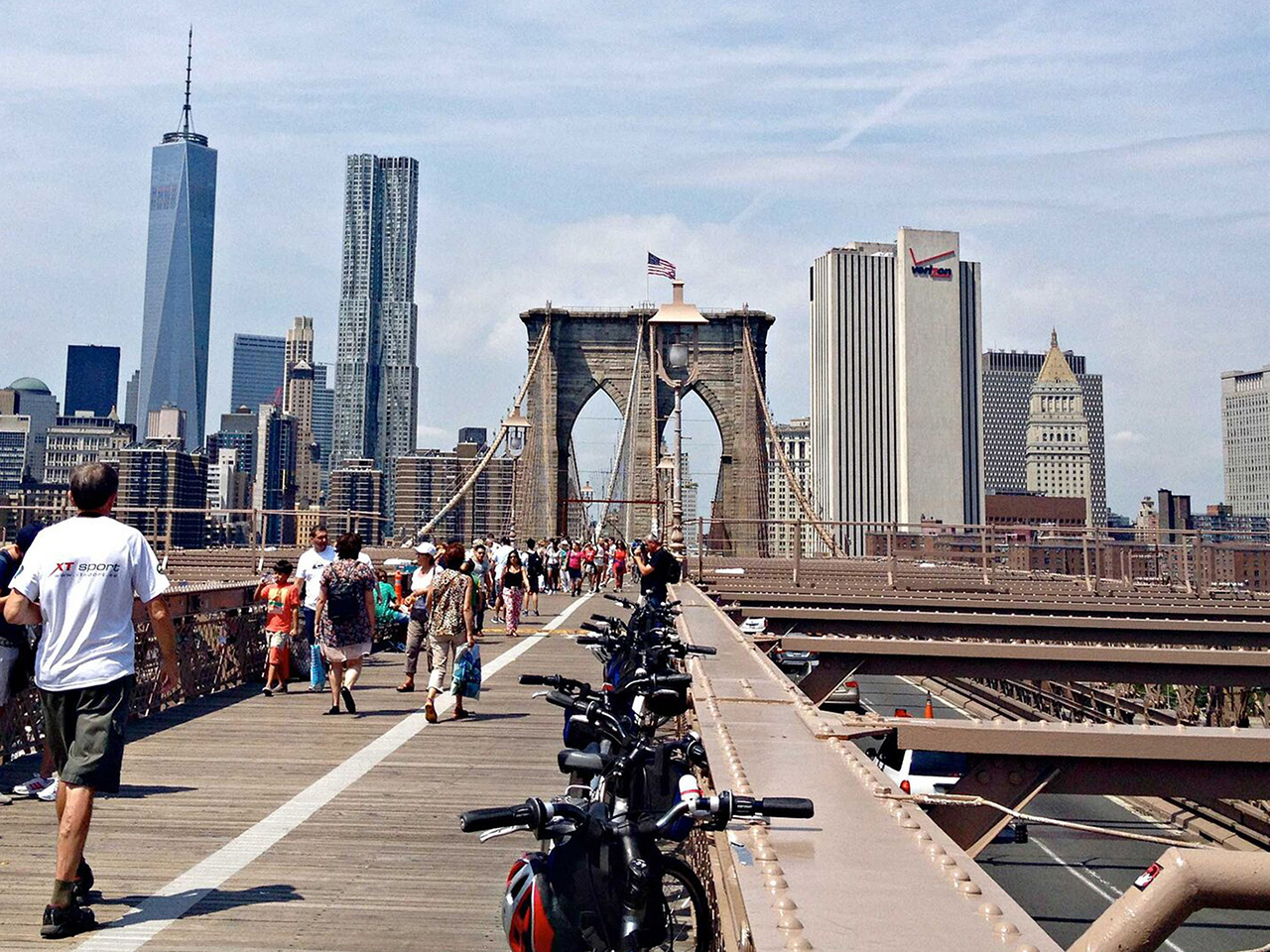 It’s the New York borough that was cool before it was cool, but Brooklyn’s more than just a hipster haven. More than 3 times the size of Manhattan, this sprawling quilt of vibrant neighbourhoods is diverse and packed with treasures, from the DUMBO waterfront to the green spaces of Prospect Park. Head over the bridge for a weekend in Brooklyn spent roaming among the brownstones of Brooklyn Heights, seeking out pizza and street art in Bushwick, and browsing local boutiques from Williamsburg to Park Slope.

With its plethora of industrial neighbourhoods, Brooklyn is a prime spot for breweries to set up shop, and the beer industry has thrived here—barring a certain slowdown during Prohibition—since the 19th century. Head down Brewer’s Row in Bushwick to uncover locally brewed libations on a small group tour with Urban Adventures, or sip pints of high-quality, small-batch ales in Williamsburg to pair each pour with a tasty bite to eat. To indulge your intellectual side along the way, opt for a literary and historical twist on the beer tour with Literary Pub Crawl, drinking in the footsteps of notable Brooklyn writers like Arthur Miller, Norman Mailer, and Walt Whitman.

When the sun comes out, there’s no better place to grab a bite than Smorgasburg, a buzzing outdoor market packed with vendors selling Brooklyn’s best artisanal eats. It’s a real foodie flea market, set right on the water in Williamsburg’s East River State Park or in the heart of sprawling Prospect Park, depending on the day. At America’s largest weekly open-air food market, you can try top-notch burgers, ice cream sandwiches, and street food, plus inventive delicacies like spaghetti donuts and raindrop cake — a watery, agar-based confection that’s as pretty as it is unusual.

New York’s first pizzeria might have fired up its oven in Little Italy, but today, Brooklyn is home to some of the city’s best pie-slinging hotspots. From classic, longstanding joints like Di Fara to line-around-the-block eateries like Bushwick’s trendy Roberta’s, there’s no shortage of places to seek out a perfect slice. To try an array with an expert leading the way, sign up for a pizza tour with A Slice of Brooklyn Bus Tours.  Bonus: transportation from Manhattan is part of the price, so you don’t need to worry about a pricey cab ride over the bridge or navigating the subway. 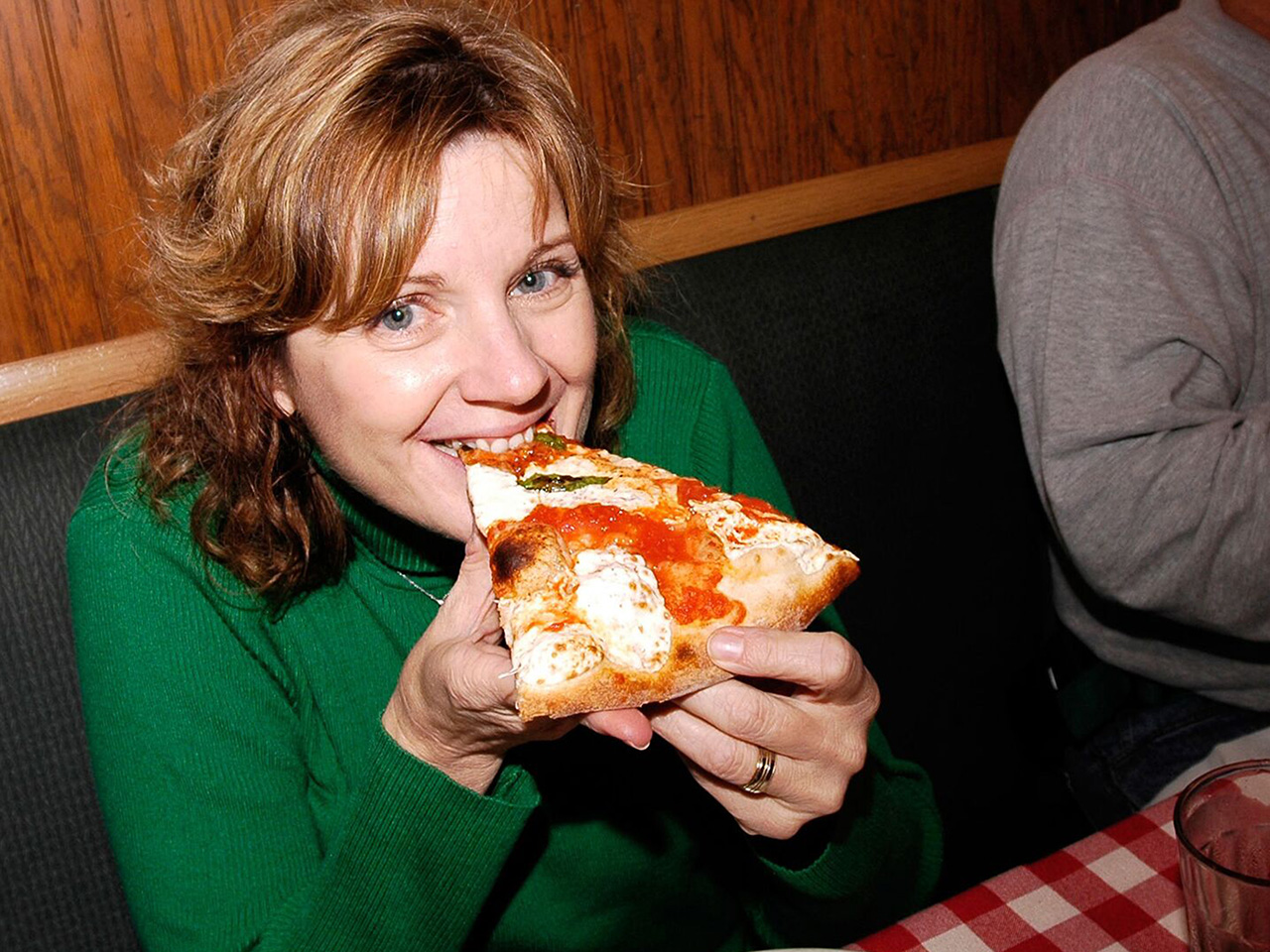 Get some hip hop history

Historical walking tours don’t need to be boring! With Hush Hip Hop Tours, you can roam the streets where rap legends like Lil’ Kim, Biggie, Busta Rhymes, and Jay-Z got their start. With an insider leading the way (guides include Rahiem of Grandmaster Flash, Reggie Reg of Crash Crew, Red Alert, and DJ Kool Herc), seek out spots where freestylers convened for improvised rap battles and cyphers and learn how the neighbourhood of housing projects and tough streets has changed in recent decades.

Have a real movie movement as you cross over the Brooklyn Bridge, whose iconic span stretches over the East River from Lower Manhattan to DUMBO. On a bike tour with Bike and Roll, you can ride over the bridge, taking in views of the Statue of Liberty and looking back at the city skyline across the water. Or, cross the bridge on foot with Inside Out Tours, hearing about the fascinating history and engineering behind the construction of the bridge as you traverse the pedestrian walkway.

Called “one of the great urban experiences in New York” by The New York Times, the Brooklyn Flea sets up shop every weekend in Williamsburg and Dumbo, bringing hundreds of vendors together to sell vintage clothing, antiques, and arts and crafts. Peruse the eclectic goods on offer to find a souvenir that’s a little more unique than that I ♥ NY t-shirt . Head into Williamsburg for a Sunday Funday tour with Like a Local Tours to get an insider’s perspective on the area, eating and drinking your way through cool kid central and dropping by the flea between bites.

Between craft breweries and industrial-cool cocktail bars, there are plenty of watering holes to get your drink on during a weekend in Brooklyn. To experience the borough like a local after the sun goes down, head out with a guide from New York Nightlife Tours to check out the 21-and-over scene on a Brooklyn pub night experience. Discover open-air patios for sipping microbrews in the summer, try a fashioned-just-for-you cocktail from one of the city’s best bartenders, and get plenty of tips on other great places to eat and drink from your in-the-know-guide. 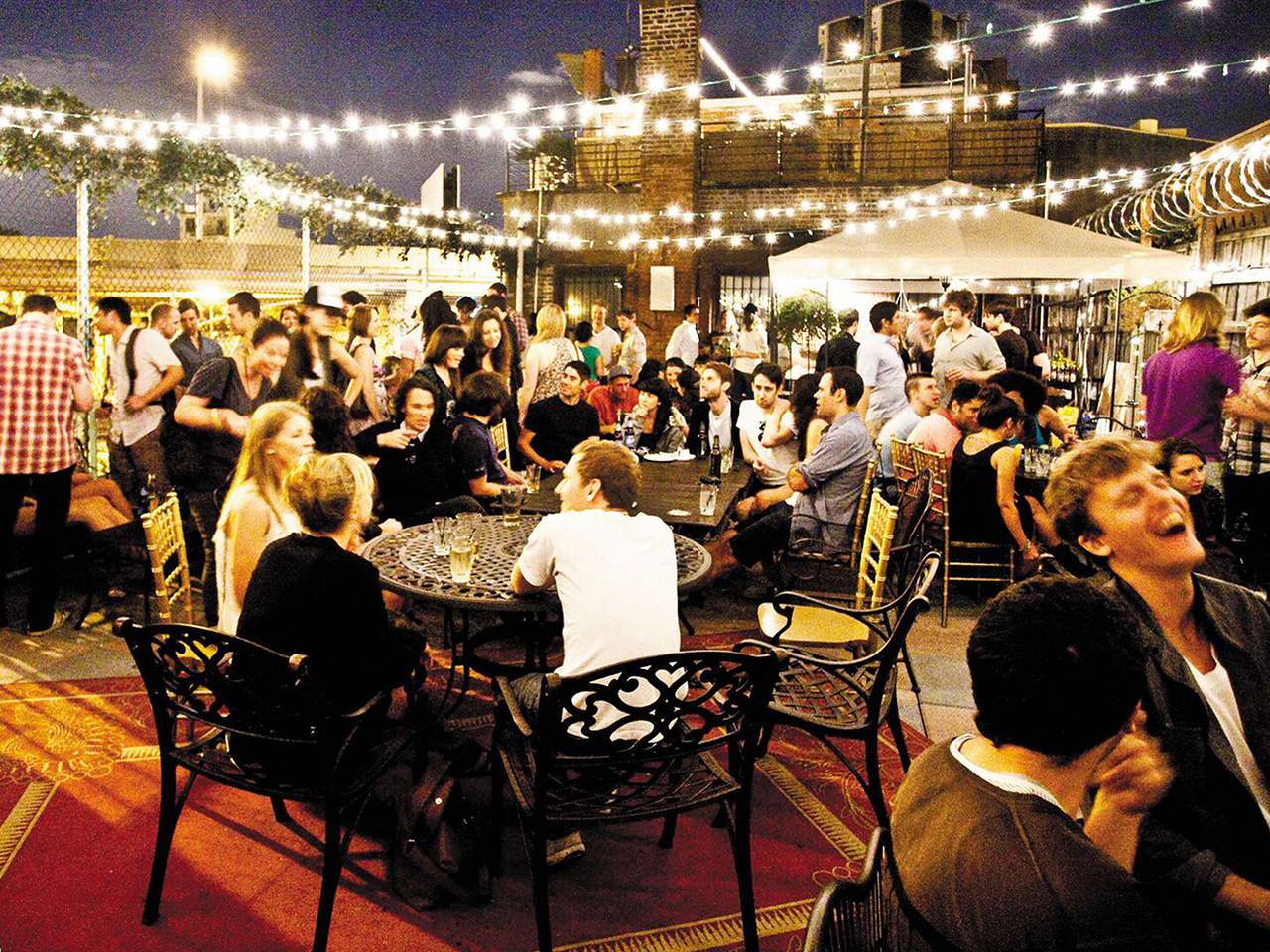 What’s the best airport to fly into if you’re going to Brooklyn?

Depending on your origin and final destination in Brooklyn, the choice is all yours. John F. Kennedy Airport (servicing both international and domestic flights) is a solid New York airport option – JFK is approximately 16km away from the Barclay Center (40 minutes by car) with many public transport options.

Alternatively, if you’re flying domestically in the US, one of the surrounding area airports in Queens, Long Island or New Jersey should suit. Consider cab and car services if a train or bus service isn’t available for the neighbourhood you’re heading to.

Check out flights to New York