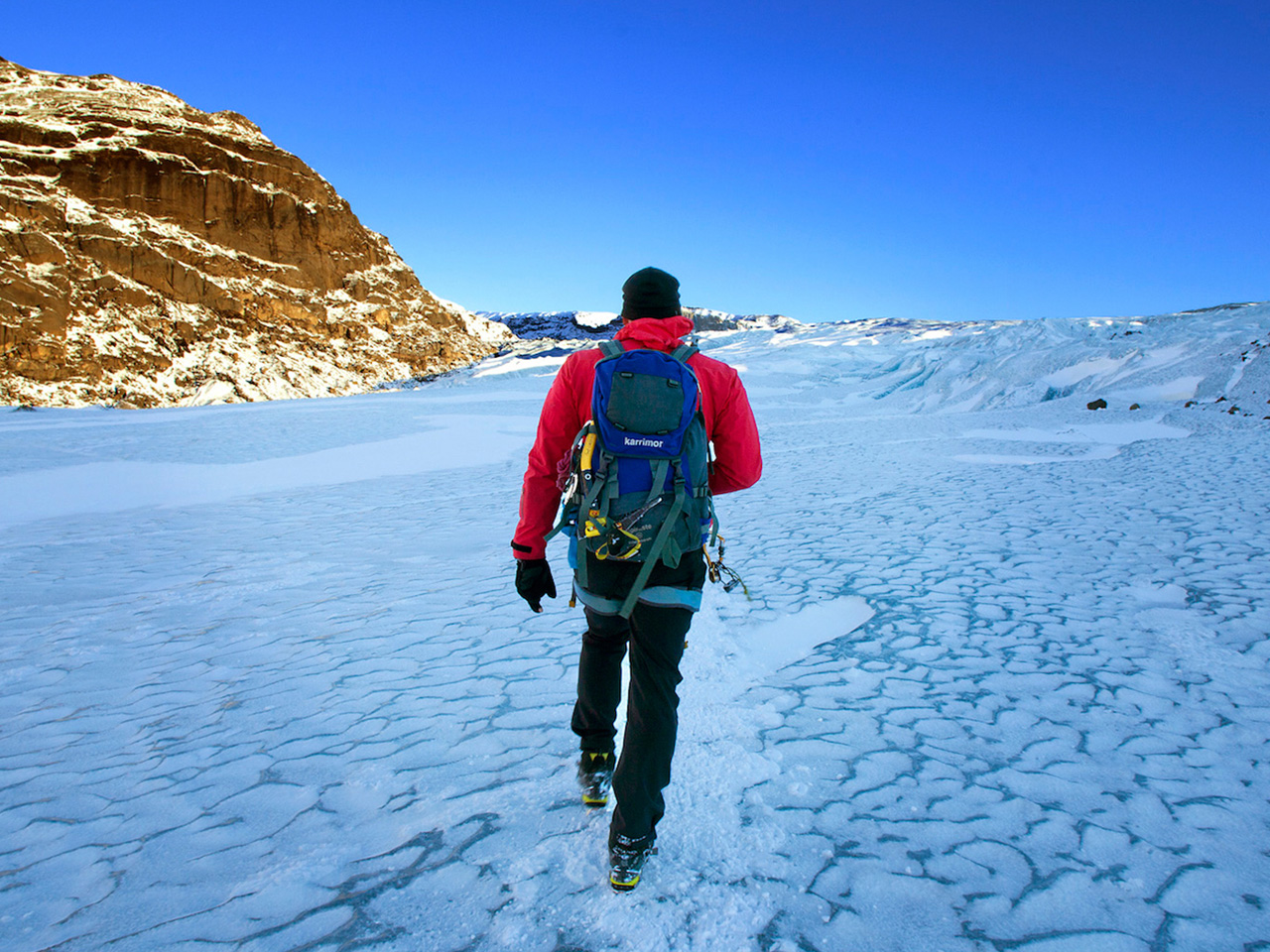 A country of volcanoes, waterfalls, grasslands, and fjords, Iceland packs a lot more into the land than just ice. And you don’t really know ice until you’ve stood on top of a glacier that hasn’t melted since the last Ice Age. Some of the best things to do in Reykjavik and across Iceland involve getting to know the combination of primal forces that shaped the island, from the volcanic tunnels to frozen waterways, and we can help you find your ideal adventure.

There’s no single place that says more about Iceland than the rift valley that rests just inland from Reykjavik. Here, you can stand right on the divide between the North American and Eurasian continental plates and explore the plains filled with evergreens, geysers, and broad waterfalls that empty into shallow canyons. A guide from Gray Line can show you some of the most incredible sights, including the spot where the world’s oldest parliament met for almost 900 years.

Being one of the most geologically active places in the world has its benefits, since that’s how Iceland got most of its incredible scenery. For a terrific up-close look, Gray Line runs a tour that takes you right into the crater for a look at the dormant magma chamber of Thríhnúkagígur. If that’s maybe a little too close, you can get the 10,000-foot view with a flight with Atlantsflug that takes you over the slopes of Hekla, one of the most active volcanoes on the island.

The network of lava tubes that snake through the mountains offer up a look at the underground wonder that is the most intense natural plumbing system in the world. You can follow the routes of the ancient lava flows at a destination like the Leidarendi cave, where a guide from Arctic Adventures shows off the sights on a subterranean adventure.

Snow covers pretty much the whole island when winter comes, but you get the most truly unique scenery in the spots where it stays through the summer as well. There’s nothing like exploring the vast, white deserts spread out from blackened volcanic mountains that stand out over the snow and through canyons carved over thousands of years by the weight of the frozen rivers. Reykjavik Excursions can take you out for a hike across the plains and ice tunnels of Eyjafjallajökull, or you can zoom across the landscape with Arctic Adventures and a snowmobile ride across Langjökull.

Drive up a mountain

The best parts of Iceland’s countryside don’t have much in the way of roads, but you don’t need to let that stop you. A good 4-wheeler and the right guide can take you to some lofty vantage points among the high mountain ridges, motoring through glacier lakes and admiring the scenery all the way to the Atlantic. Safaro Qiads cam take you way uphill as you explore the scenery in a buggy—or, if you want the full off-road experience, in an ATV. 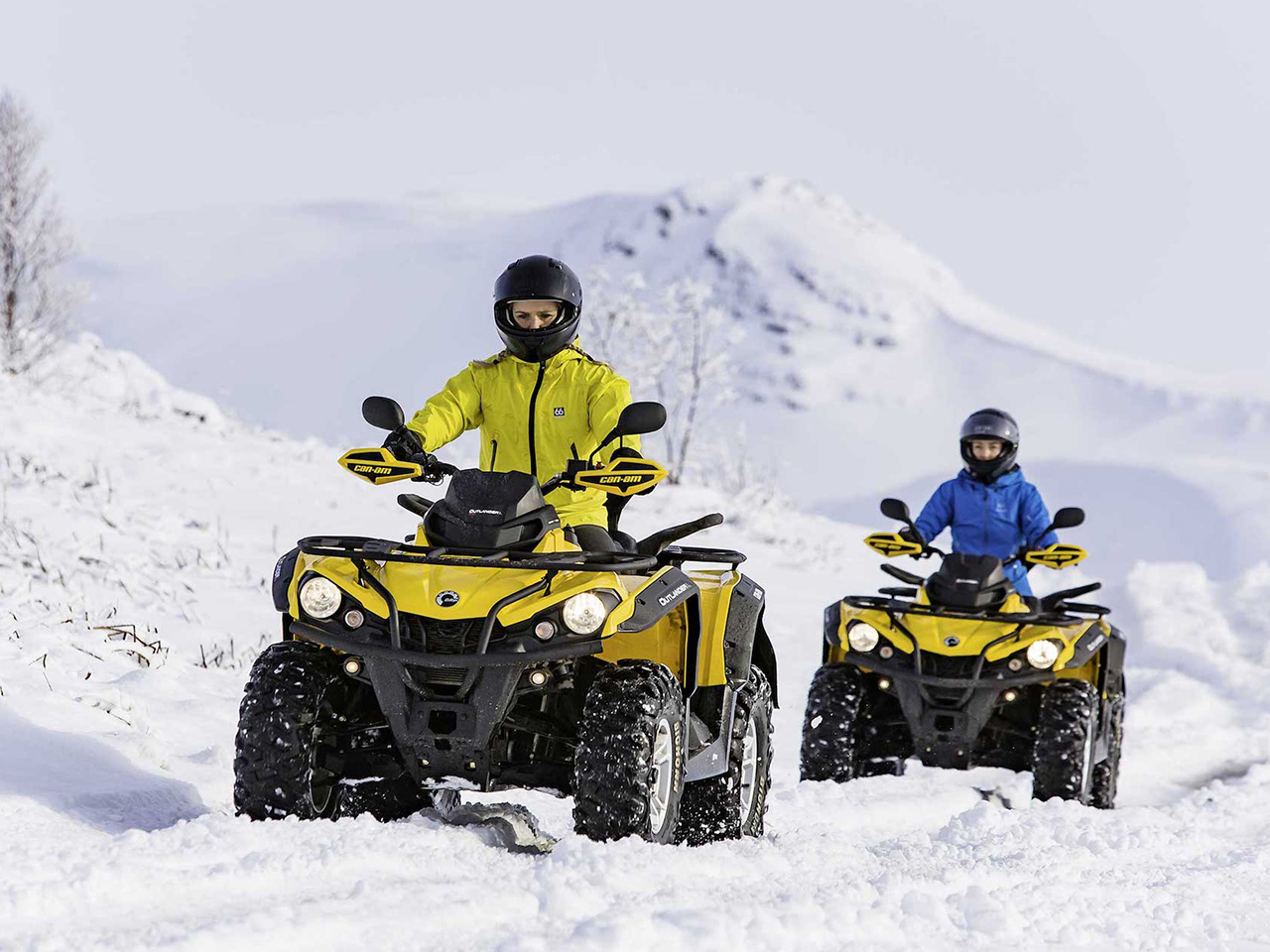 It’s hard to appreciate just how diverse the scenery is before you’ve seen it for yourself. Plenty of day trips are waiting to help you get over that hurdle, with journeys through some of the country’s favorite regions. You can join Reykjavik Sightseeing and head to the South Coast, home to sights from the Sólheimajökull glacier to the towering waterfalls of Skógarfoss and Seljalandsfoss. If you want to hit the Golden Circle instead, you can join Gray Line for a sightseeing trip that shows off the hot springs at Geysir, a snowmobile ride across the Langjökull glacier, and an up-close look at the gigantic staircase-like waterfall of Gullfoss. If you want an adventure that adds in a ride on an Icelandic horse instead, then Reykjavik Excursions has that covered.

See the top hotels in Iceland