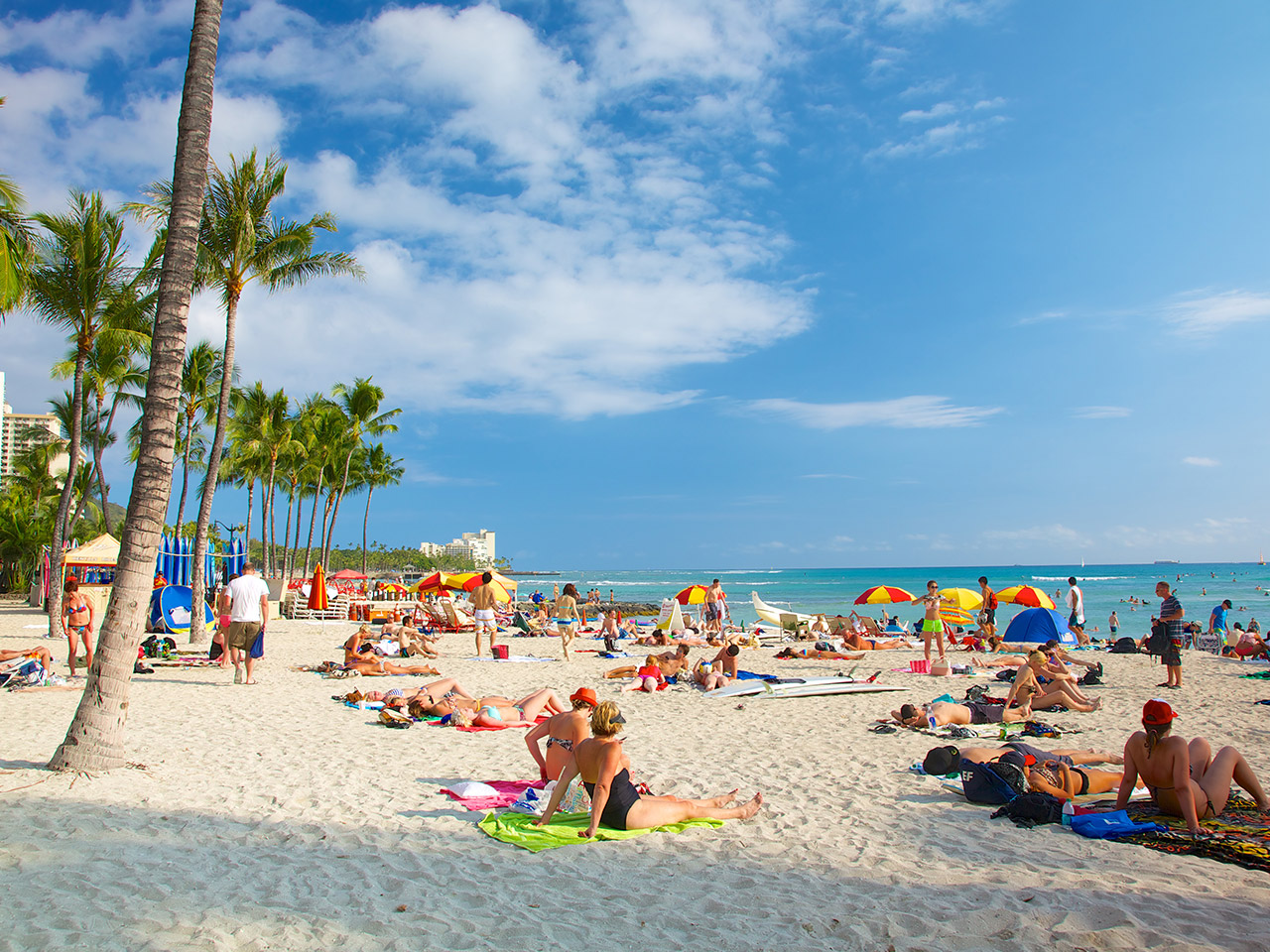 Want to book Hawaii accommodation that comes with chance encounters with Hollywood A-listers? Read on to find out where the big stars hang out when they visit the Hawaiian Islands. 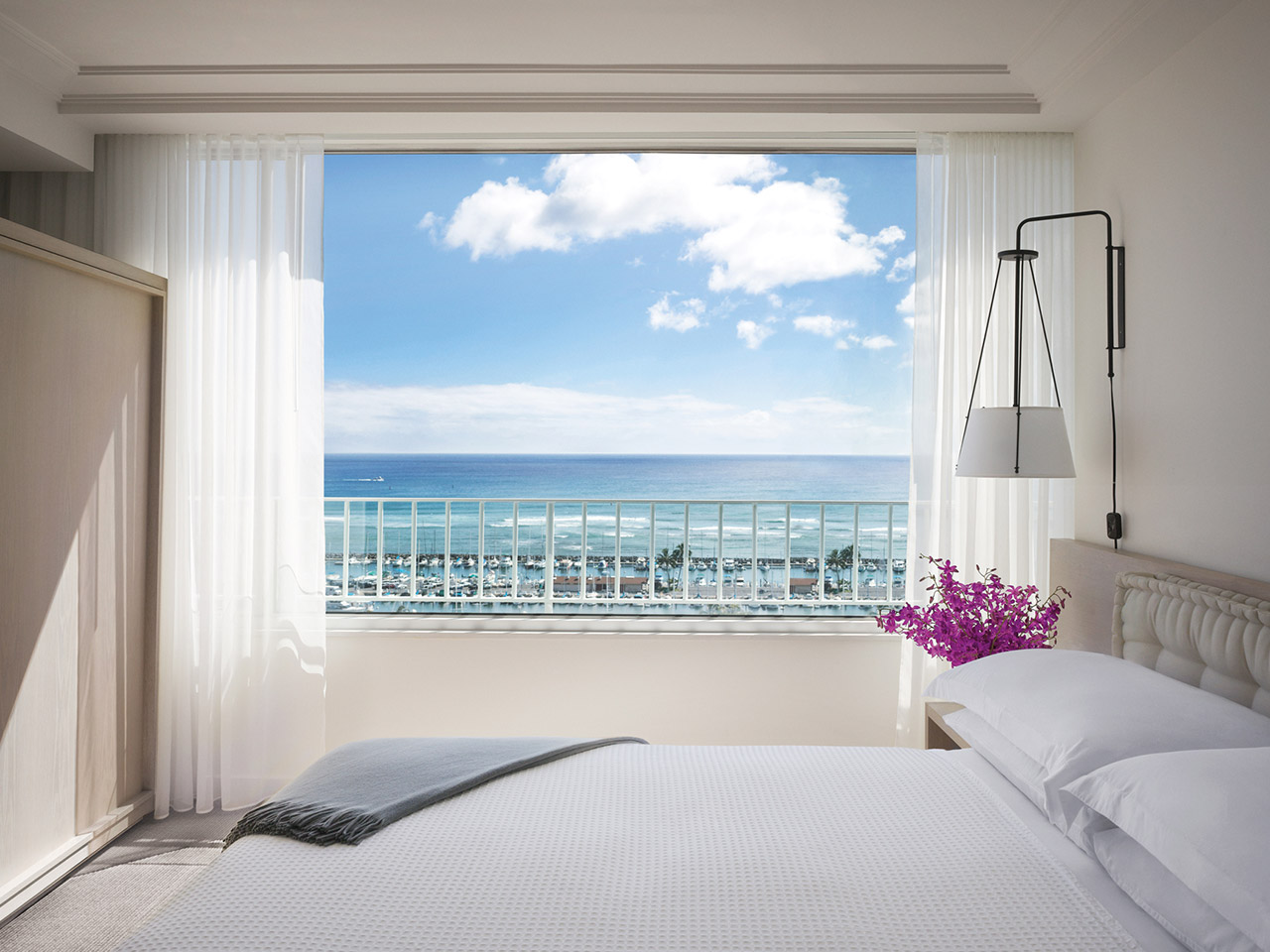 Who stays there: Puff Daddy and Jack Black.

The Modern Honolulu is the quintessential ‘Hollywood’ hotel. You’d be forgiven for thinking it’s actually located in LA, with its sleek white interiors and star-studded guest list. P Diddy has a favourite corner suite and hangs out in The Study bar downstairs with his entourage when he’s in town. Polish your grillz peeps – this uptown rap and R’n’B crowd love this hotel so if you chance upon them, you may just end up twerking the night away with some serious celebs.

The Kahala Hotel and Resort

Who stays there: US Presidents, Will Smith, The Osbournes, Noah Wyle, Cameron Diaz and Justin Timberlake.

The Kahala Hotel and Resort’s gentle Asian décor, lush gardens, dolphin lagoon and secluded beach are the perfect backdrop for famous folk wanting to hide out and avoid the paparazzi. No stranger to filming and celebrities, The Kahala was the site of the ‘50 First Dates’ press junket and often served as a film location for ‘Lost’.

The Kahala also boasts the fact that every single US President since the 1960s has stayed on site, which gives you some idea of the security and privacy capabilities of the property. Stay there and rest assured that nobody is going to photograph you without makeup on (unless you do it yourself).

The Royal Hawaiian, a Luxury Collection Resort, is to Honolulu what The Beverly Hills Hotel is to Los Angeles. With a celebrity history that could curl your hair, screen legends like Marilyn Monroe, Joe DiMaggio and Elizabeth Taylor have all called The Royal home, and famous aviatrix Amelia Earhart touched down at the hotel before her mysterious disappearance in 1937.

The hotel has been used as a film location for Adam Sandler’s ‘Punch Drunk Love’, as well as ‘My Wife and Kids’ and ‘Flirting with Forty’. Lots of Oahu hotels appear in Hollywood films, as well as Japanese and Korean movies due to the destination’s popularity with those countries. 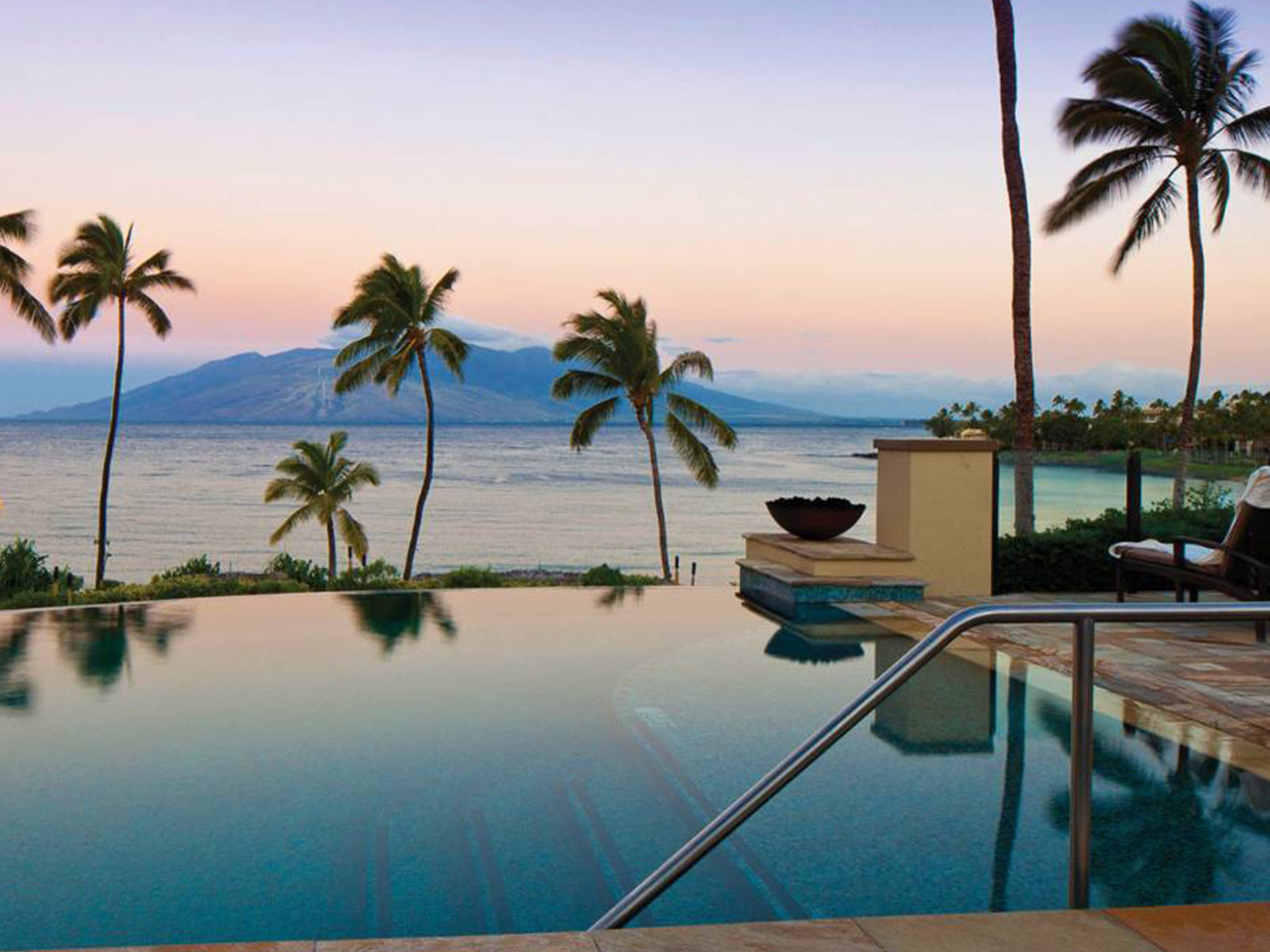 Not only do Paris Hilton, Felicity Huffman, Sandra Oh and Jessica Alba get their skincare fixes at the Four Seasons Maui at Wailea’s indoor/outdoor spa, but, according to celeb spotting blog George Clooney Slept There, the waiters at the resort’s restaurants (Wolfgang Puck’s Spago, Duo and the Italian Ferraro’s) replace the customary white napkins for black ones when the stars come out in their LBD’s (little black dresses). Apparently this is so the dresses don’t pick up any white lint that would spoil any impromptu photo-opps. How’s that for attention to detail?!

Who stays there: Justin Bieber and Lady Gaga.

Hana is the very definition of ‘out of the way’ and, as such, is home to publicity-shy celebrities like The Beatles’ George Harrison, Kris Kristofferson, Weird Al Yankovich and Woody Harrelson. Carlos Santana and his bride Cindy Blackman recently got married here, also hoping to avoid attracting attention. Travaasa Hana is an old-school retreat-style property made up of a scattering of seaside cottages that have neither TV, WiFi or air-conditioning. There is a modest pool and spa, an activity centre, library, art gallery and lounge. If spotting celebs in the wild is your objective, head down to the beach or go for a coastal horse ride to try your luck. However, the restaurant is probably your best bet to spot people, full-stop, as seclusion is the order of the day here. Forget about counting calories and order the lobster hollandaise on fresh brioche for breakfast, with a tropical fruit plate to balance out the guilt. A lot of the items on the menu are sourced from local organic farms so you’re assured of freshness with a touch of wackiness. Fern salad, anyone?

These are just some of the Hawaii hotels that regularly welcome Oscar and Grammy winners. The cool thing about the Hawaiian Islands is that no matter where you go, there’s a good chance you’re going to stumble across something – or someone – photo-worthy.

Cameron Diaz and Justin Timberlake are among the celebrities that count surfer Hans Hedemann as their mentor. Hans Hedemann Surf School has several different locations on Oahu, with the most popular located in Waikiki.

Kristin Davis, Ben Affleck and Morgan Freeman are among the regular diners at the beachfront Orchids restaurant at the Halekulani.

Sandra Bullock, Adam Sandler and Drew Barrymore have dined at Hoku’s, while Janet Jackson and Will Smith have dined at Cabanas Seaside Grill.

Kanye West often dines at the contemporary American eatery when he is on Oahu. We bet he orders his eggs over Yeezy.

Numerous stars, including George Clooney, Robert DeNiro, Alexander Skarsgard, Rihanna and the cast of ‘Hawaii Five-0’, have all hung out here.

Next post How to Holiday in Hong Kong For Kids