The Rules of going to an American Football Game 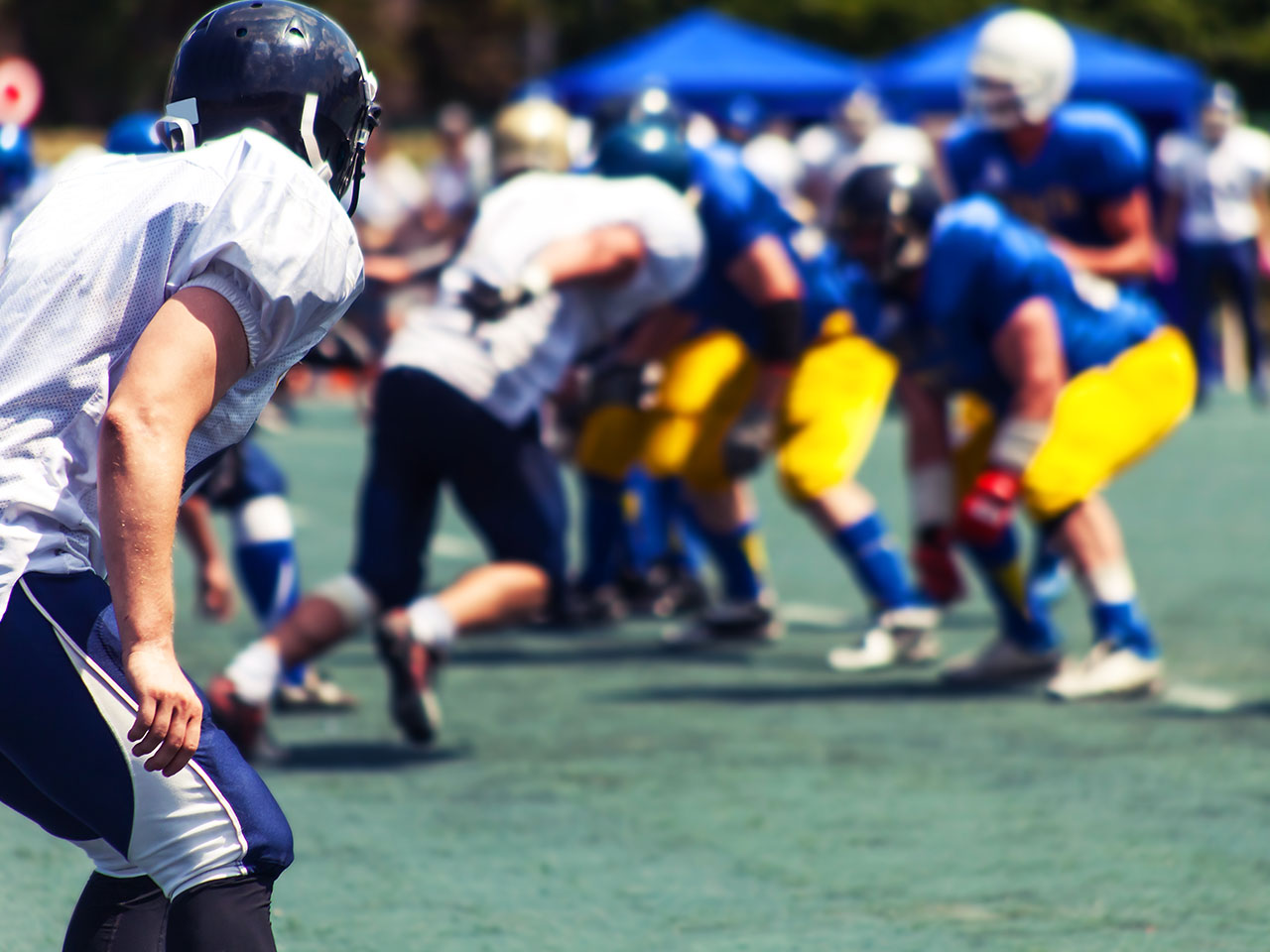 Expedia’s #outthere competition winner Mark Stewart had $10,000 to spend on the trip of a lifetime. He headed to North America for a Football fix.

As a kid, I used to watch the weekly Don Lane show on the ABC. I became a 49ers fan after visiting San Francisco at 11 years old and purchased my very own Joe Montana jersey. I’d never actually seen the spectacle live so I’ve always wondered what a live game would be like. I decided my #outthere competition holiday wouldn’t be complete without seeing an NFL game and a college game.

There’s a buzz in the air on game day in America. This isn’t just a game, it’s a culture and it consumes the whole day and the whole city. It starts with “tailgating”, where fans descend on the car parks around the stadium and set up camp, with their SUVs, TV’s, eskies, chairs, tables, BBQ’s the works! It’s a big party leading up to game time, and as kickoff approaches those fans with tickets slowly make their way into the stadium, whilst those without remain outside at their sites with their beers and portable TV’s (and in some cases, full size LCD screens!)

Our first game took place in Dallas, Texas. Home of the Cowboys and the most prestigious cheerleader group in the league – the Cowgirls! It was the opening home game of the season and they were playing against the San Francisco 49ers. The Stadium in Dallas is the largest dome stadium in the world, seating 80,000 with another 20,000 standing room, and two 7-storey LCD HD screens. It was massive, and had a sell out crowd. We managed to get tickets in the front row, level two, right behind the goal line. We had a fantastic view of the game. Unfortunately the Cowboys played quite poorly and lost the game in a one sided affair. This didn’t matter so much in the overall scheme of things, as there was a large 49er contingent, and plenty of atmosphere and trash talk amongst the fans! The party continued after the game outside the stadium, with live music and entertainment. All in all, it was a great day out and a wonderful experience for our first NFL game. 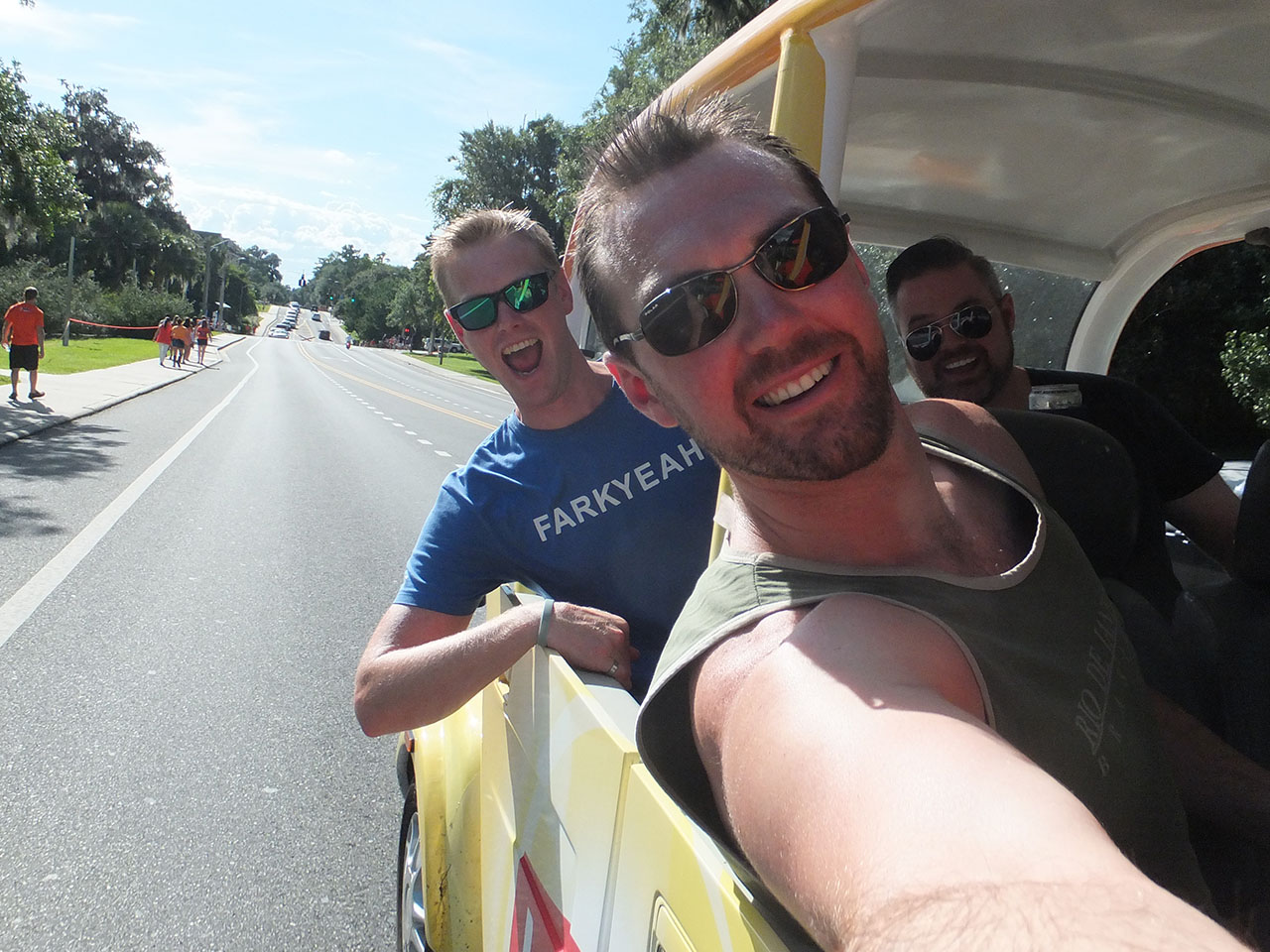 The cowboys also hold what they call “Rally Day”, the Monday after a home game, where fans can get a tour of the stadium facilities and also meet Cheerleaders, past players and participate in a range of activities. The staff were kind enough to offer us a VIP tour, which was incredible. We got to see various parts of the stadium, including the owners box, the locker rooms, the cowgirls’ dressing room and we met some cheerleaders, including born and bred Melbourne girl Jinelle Esther.

Later during our road trip, we attended a college game, a conference matchup of Kentucky vs the Florida gators. The game was held in Gainesville, a small town centered around the University of Florida. The game was held on a Saturday evening, meaning people could tailgate all day! We joined a friend who lived in Orlando and made our way up to the festivities. We met other friends who owned a full sized American RV and also managed to tailgate with other nearby RV owners. It was amazing, everyone was decked out with a full spread of food – everything from smoked meat to pulled pork. I can’t explain the sheer number of people and the size of the area covered by pop-up camp sites surrounding the stadium. We had great fun wandering in and out of the sites. We hung out on the roof of one of the party buses, an old school bus that had been converted and themed as a Gators bus. At another of the RV sites we made friends with some alumni folks that had been attending games regularly for 20+ years. They camp for the entire weekend – the Gators game experience is truly an institution to them. They were so warm and welcoming, and loved the fact we were attending the game all the way from Australia. We were offered drinks and food all day.

A college game is nuts and so very different to NFL. The whole stadium, 90,000 in total, were all following the one team, the atmosphere was electric. I would recommend to anyone, to attend a college football game. Even if not a fan of football, it’s definitely worth it for the atmosphere!