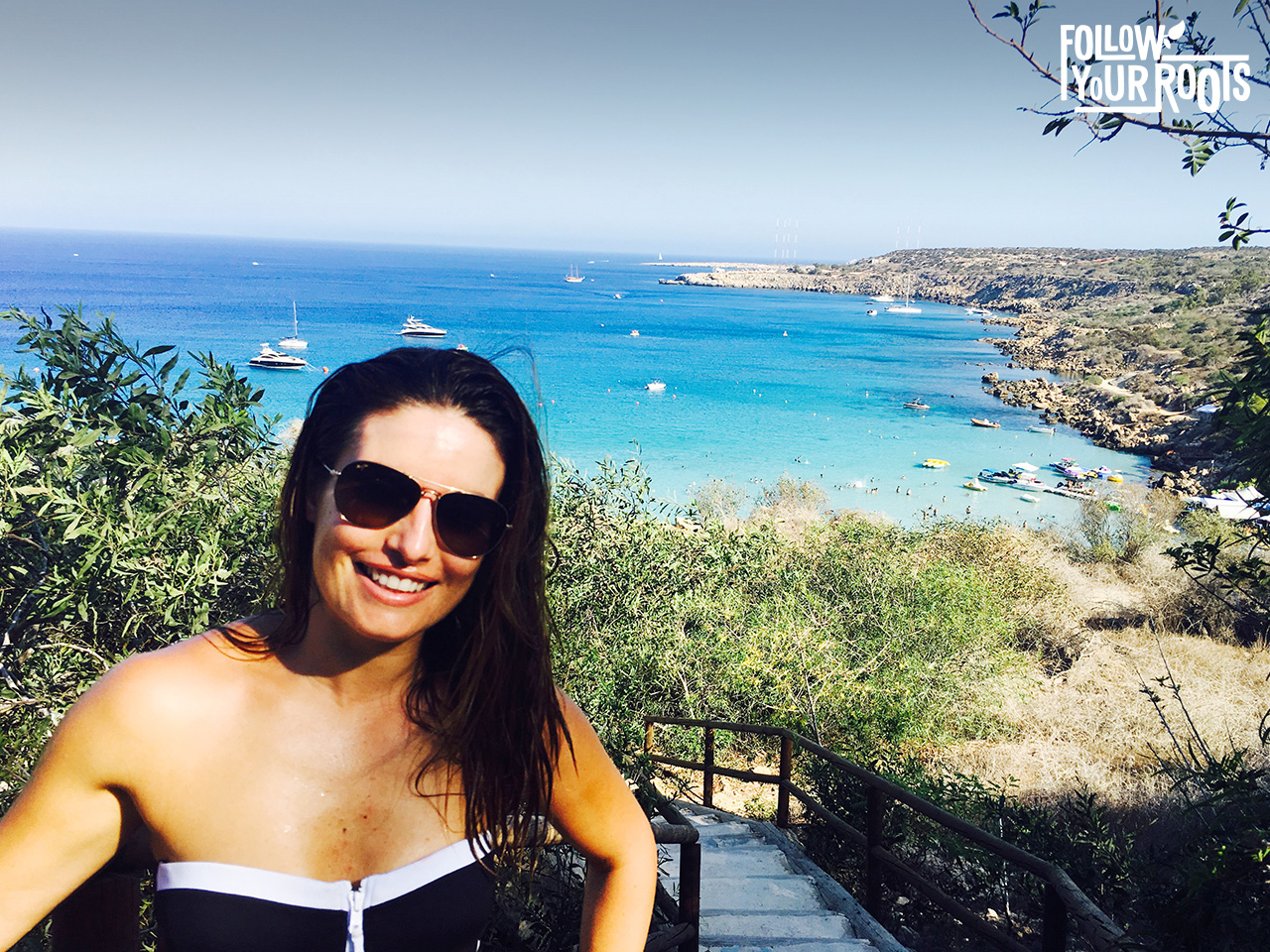 Home and Away actress and Australian-born Cypriot Ada Nicodemou follows her roots back to Cyprus.

Now my son Johnas is a little older, I wanted to take him to Cyprus. I wanted him to meet all the family, to experience our culture, to eat the food and have his cheeks squeezed by his aunties! I wanted Johnas to have a better understanding of how our family traditions started and feel a greater connection to the rest of our family.

My family is from Limassol in the south of Cyprus. My mum one of four siblings so there’s aunties, uncles, lots of first cousins and my dad who all live over there. So they spend the whole month fighting over who was going to feed us whose house we are going to, and it’s not even just “are you guys coming over tonight, it’s what are you guys doing for lunch?”

Every night was spent at one of my family’s house for a souvla, which is a traditional Cypriot dish of meat cooked on the coals of a BBQ (Greeks do this with a whole lamb but we cook souvla with skewers of meat). My uncle is usually in charge of the souvla! We chat and drink Cypriot wine, it’s beautiful. Food is a huge part of our culture but dinner is long! We’d spend two or three hours every night feasting with the family, so Johnas was going to bed every night at midnight, which was interesting for a four year old!

I’m such a foodie and there’s just something about Cypriot halloumi, goats cheese and yoghurt – you can’t get the same in Australia. The pork and lamb is the same. It all just tastes so much better over there. It’s the little things like this that really make going back to Cyprus worthwhile. 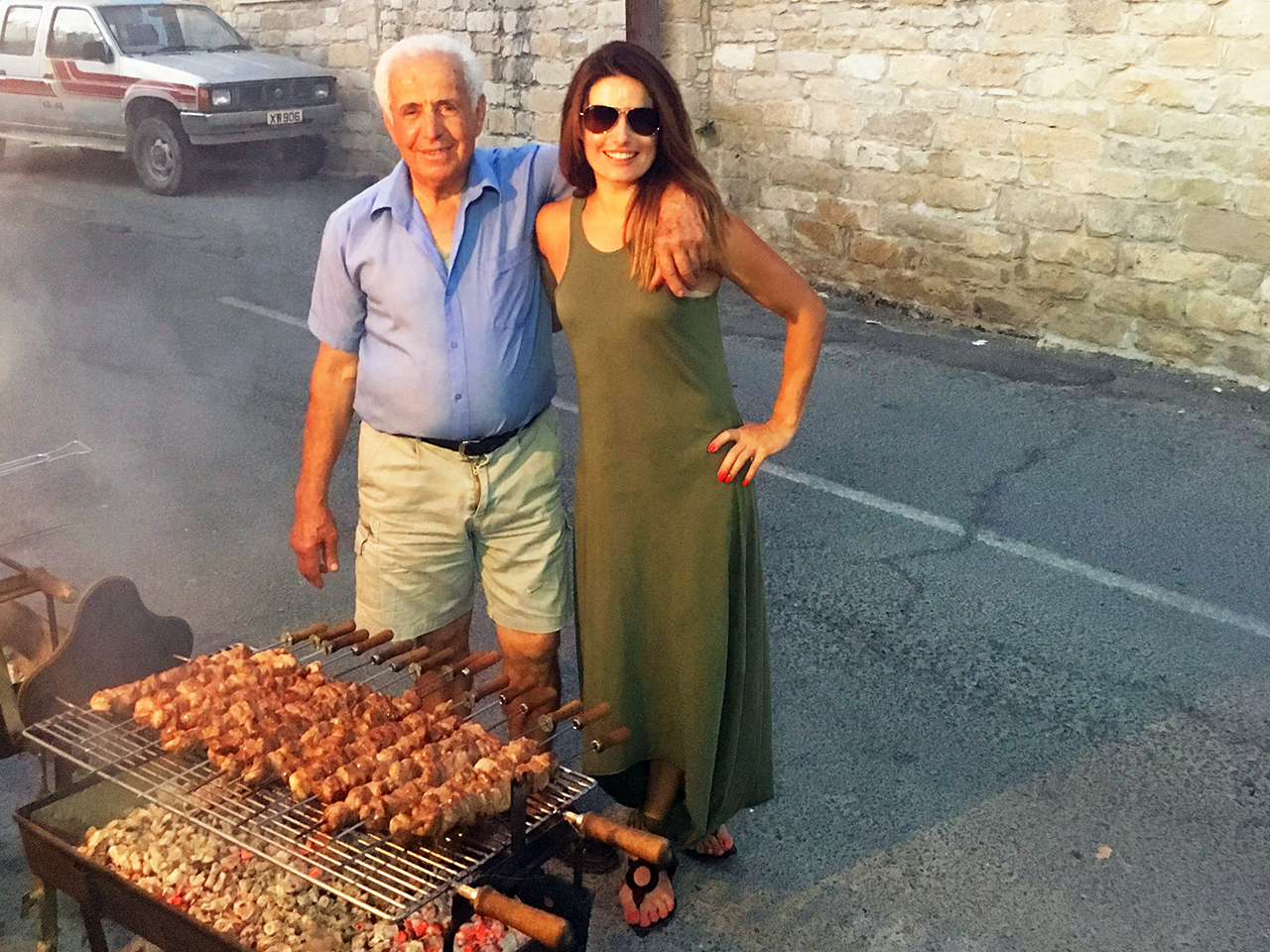 But for me, it’s also about reconnecting with my roots and remembering my family. One evening when we were at my mum’s village of Fasoula, near Limassol, we went down to the cemetery to visit my grandmother and grandfather My aunty also pointed out where my great aunty and great uncle are and told stories of them. The cemetery was filled with my family, so it was nice to spend time honouring them also taking Johnas to see that too.

It’s funny, when I grew up in the Western Suburbs of Sydney there weren’t any other Greeks there, and I was a little embarrassed about being different. Even though I still went to Greek school and ate traditional food, I didn’t really embrace my culture until I got older and now that I have Johnas. 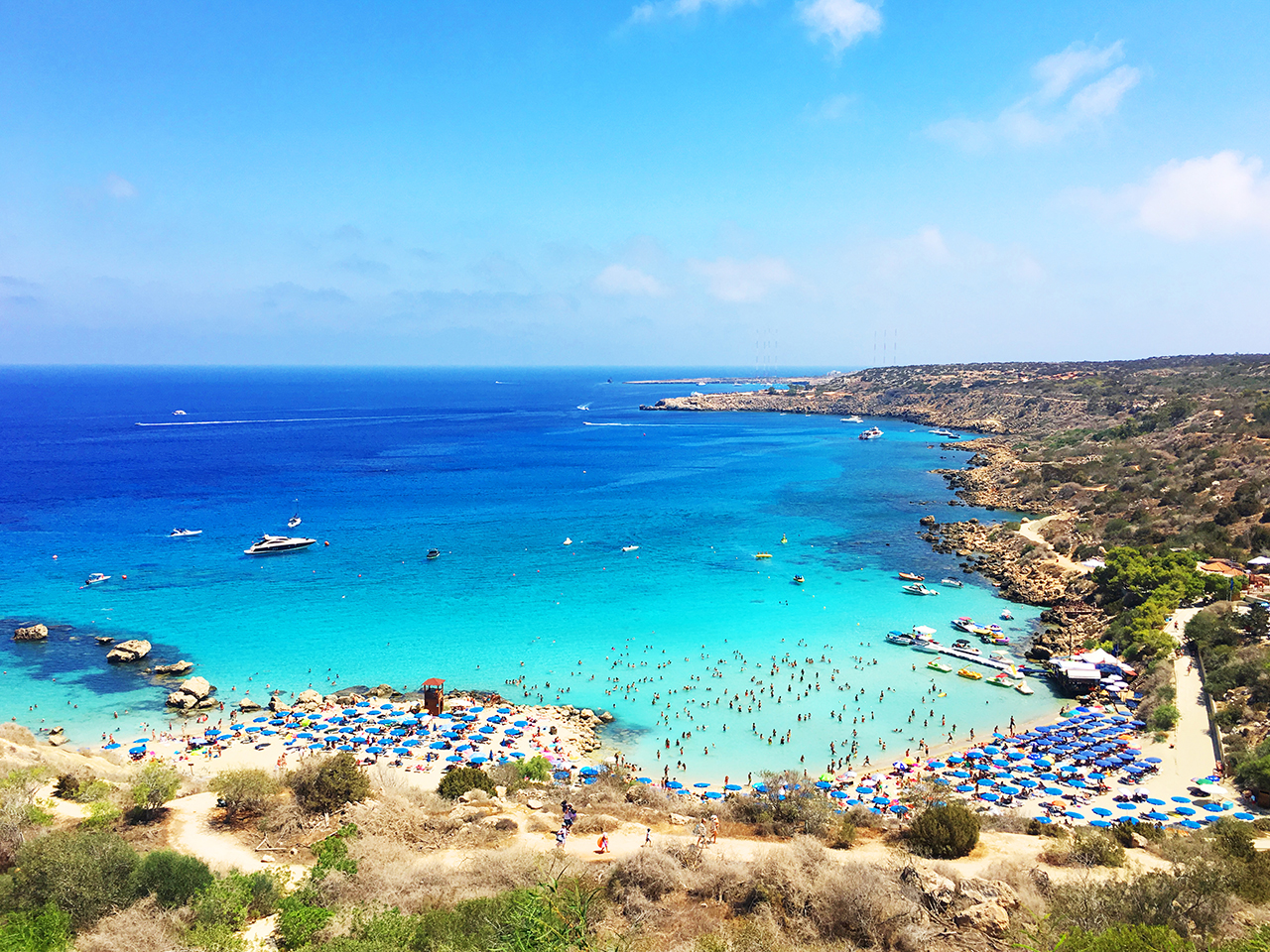 Being Cypriot is a part of my identity. Leah, the character I play on Home and Away, was originally meant to be Greek. When I started on the show I asked the writers if it was possible to make her Cypriot, because growing up most people hadn’t heard of Cyrpus, and these days most people just think it’s part of Greece. It’s great that I’ve been able to be on TV for 22 years as an Australian-born Greek Cypriot.

There’s many beautiful places in Europe to visit but I’m always drawn back to Cyprus because of my family. It’s a real community and I’m glad I had the chance to show Johnas where we come from.

Previous post 6 Awesome Ways to Hang Out on Sydney Harbour

About the Author Ada Nicodemou

Ada Nicodemou is one of Australia’s favourite television stars and for the past 21 years has gained a solid local and international family audience. She is best known for her role as Leah Patterson on Channel 7’s ‘Home & Away’ and for hosting two seasons of the Channel 7 series ‘Please Marry My Boy’.