Five Ways to Finding the Heart of San Francisco 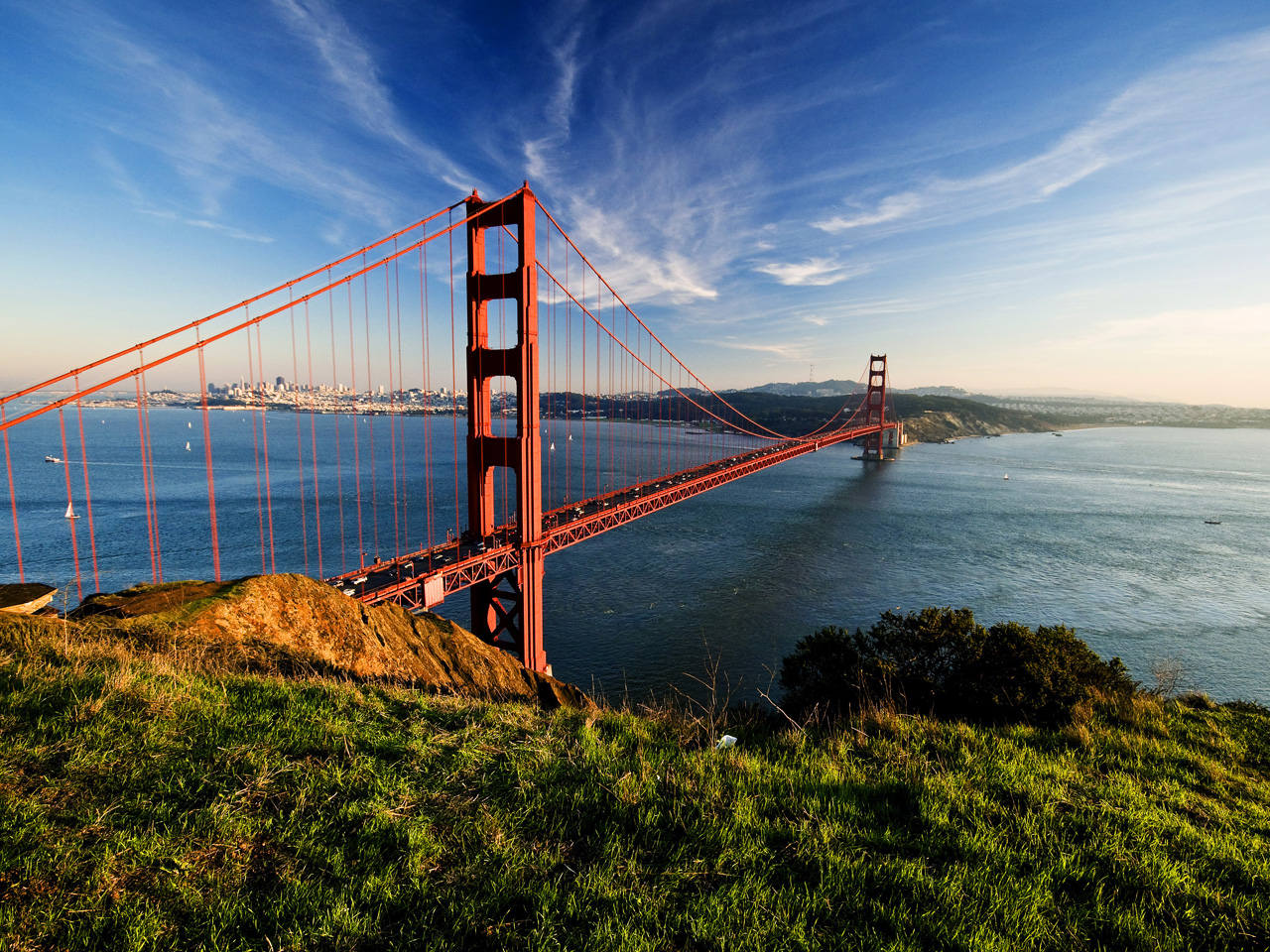 A world-famous bridge, heaps of sprawling green spaces, the thriving arts scene and a fiercely independent, fun-loving streak. San Francisco never fails to win over Expedia’s Aussie travellers, who usually spend 3-4 days checking out the city by the bay. When it comes to exploring hip and unconventional San Fran, there are plenty of options.

Here are some of our favourite sightseeing stops with, of course, where to eat and drink along the way.

Walk through the Castro neighbourhood

San Fran is celebrated the world over for its liberal outlook and advocacy of social revolution. Starting with the hippie movement and anti-war demonstrations during the 1960s and 70s, this is a place where passionate locals strive to make real changes. That includes locals like civil rights leader Harvey Milk – learn more about the camera store-owner turned gay rights activist on the Historic Castro Neighbourhood Walking Tour. It’s a humbling afternoon. As for where to eat, Chef-owner Melissa Perello named her restaurant after her grandmother Frances (3870 17th St) and the Michelin-star venue serves locally sourced ingredients on its unfussy share plates.

On your bike – cycle to Sausalito

Not so much a suburb as a charming little village situated across the bay, Sausalito makes for a great lunchtime excursion. The waterside community is all about the good life and great views. And getting there is a great opportunity to pedal across the Golden Gate Bridge. Hire a bike or join a guided group for a cycle along the South Bay shoreline before crossing the 2737m-long iconic structure. If you get a clear day, you’ll be able to see for miles – stop for photos before speeding downhill to lunch. Park your bike at Copita (739 Bridgeway), a new Mexican restaurant serving tacos, ceviches and a host of fiery mains, made from ingredients grown in the onsite organic garden. 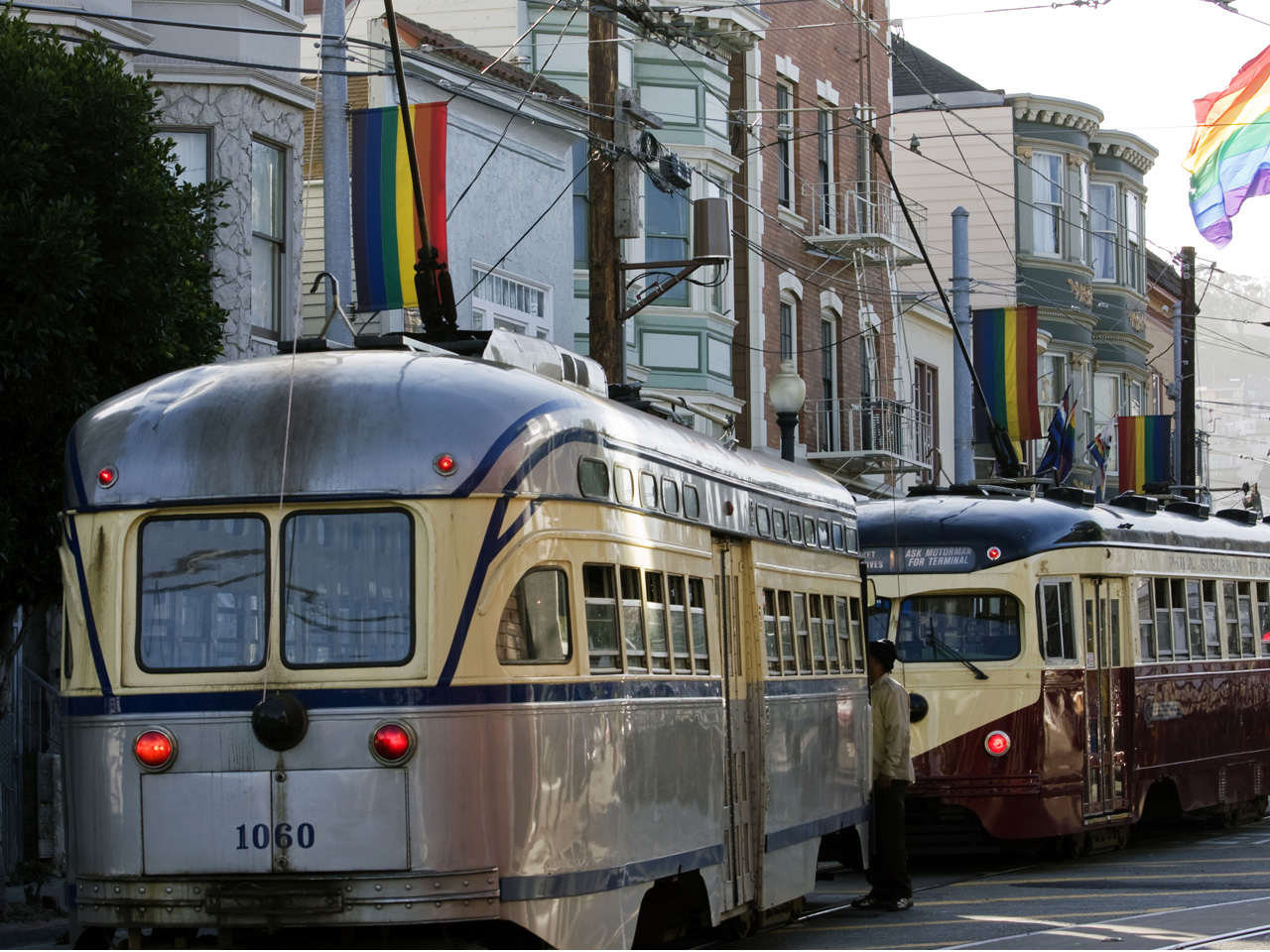 Get your culinary culture fix

Start your evening tucking into baskets of perfectly plump steamed dumplings and finish it off feasting on pasta and pizza – a Culinary Tour is a great way to get under the skin of two of San Fran’s most lively districts. Hidden between colourful temples and under the red lanterns that line the streets of Chinatown, Dol Ho (808 Pacific Ave) is a no-frills eatery renowned for dim sum, hot sauce (take a jar to take home with you) and a killer chicken and rice cart. Finish up in North Beach – the home of the beatnik subculture depicted in Jack Kerouac’s modern classic On The Road and a large Italian-American population. It’s ‘Little Italy’ and great for a late-night espresso and a slice of tiramisu.

Ride the trolley to Nob Hill

From Alamo to Washington Heights, San Fran is spread across 47 hills, which can make getting around on foot a little exhausting. Luckily, the city’s streetcars (that’s trams to me and you) are as numerous as its steep inclines. There’s a great hop-on hop-off Trolley Tour  that takes in several must-visit neighbourhoods, with commentary along the way. Check out Union Square (a shopper’s paradise, but return after dark when the theatres come alive), the hip South Of Market area (SoMa) and nearby Financial District, before making a pit stop in Nob Hill. Once the home of Gold Rush barons, the impressive properties lining Huntingdon Park are interspersed with boutiques and bars. 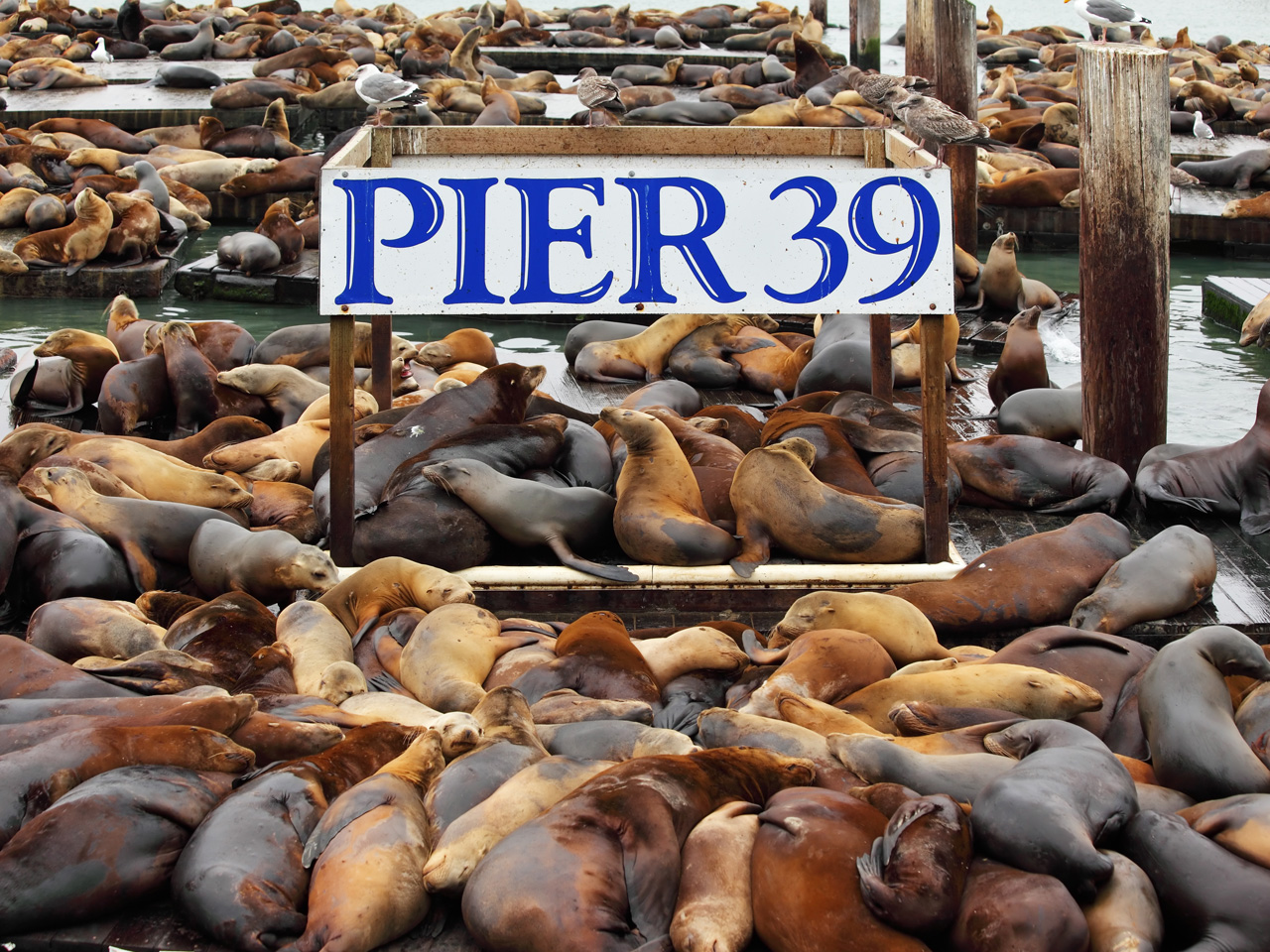 Go ‘under the bay’ at Fisherman’s Wharf and Pier 39

Wander along the city’s famous waterfront, Fisherman’s Wharf, until you reach Pier 39, home to a colony of rather smelly sea lions. Most days they can be seen sunning themselves on the dock. For more marine life, walk through a 300-foot-long glass tunnel as jellyfish and sharks glide overhead at Aquarium of the Bay. Fishermen’s Wharf is one of the hotspots for Expedia’s Aussie travellers, with plenty of popular 3.5 star hotels. While you’re in the area, check out Forbes Island. This restaurant in a lighthouse floats on the water and, unsurprisingly, serves a fish and shellfish-focused menu. From the dining room there’s great views of Alcatraz, San Fran’s infamous offshore prison.

For us it had to be in SoMa and the uber-stylish Hotel Zetta. Its vibrant decor and green credentials were a big draw, as was the location – it’s only a five-minute drive or a 30-minute walk from one end of Mission Street to the other and you’re in Mission District. Thanks to its Latino heritage and recent dot-com wealth, the suburb offers an exhilarating mix of grungy bars and smart boutiques.

Having eaten their way through Europe, America and Southeast Asia, photographer and writer team Nic and Helen set up Sharking for Chips and Drinks when they moved from London to Melbourne in 2010. Charting Melbourne and regional Victoria’s coffee shops, bars and restaurants openings, they also regularly return to their beloved London and keep a keen eye on the latest foodie trends and openings all over the world.   3 travel must haves? An iPod loaded with great podcasts, a decent camera – we love our compact dSLR – and a good sense of humour.   What's on your travel bucket list? Touring Japan’s hidden izakaya (sit-down sake shops serving yakitori and sashimi) and island-hopping off the coast of Sicily, feasting on arancini and fresh sardines, and drinking plenty of Nero d' Avola.
Google