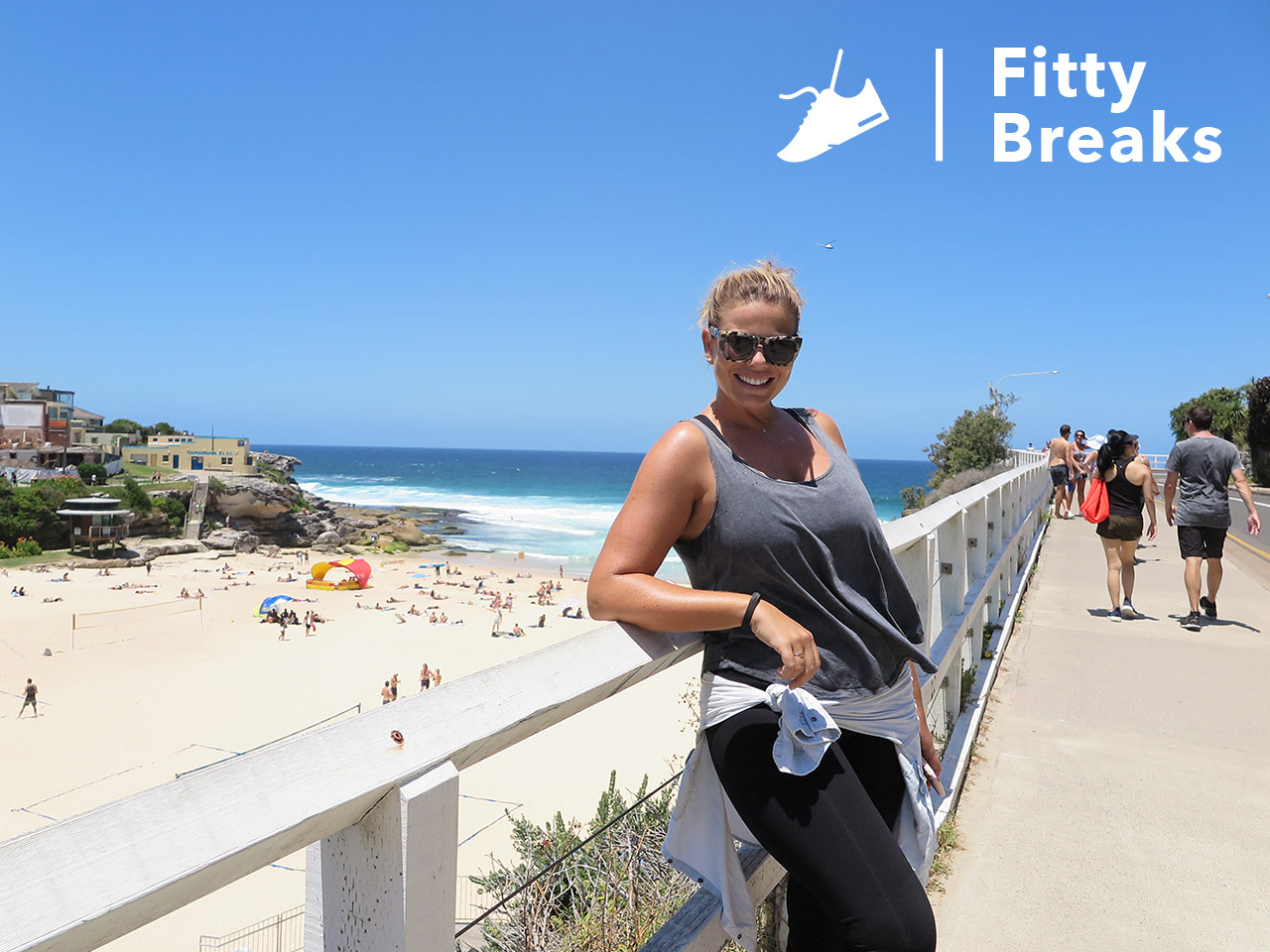 Fitness travel is thankfully a trend that’s here to stay – and in Sydney there’s no better season to try it than in summer. This harbour-side metropolis is up there with the best and most beautiful cities in the world, so I decided to explore all the things to do in Sydney that would let me work up a sweat and sight-see at the same time.

Yoga by the Sea

Like many locals and tourists, the first stop on my weekend of fitness was Bondi Beach. I saved the swim for later, and instead booked in for a spot of yoga. After a long week of training and working, I really needed a good, deep stretch – that’s where  Yoga by the Sea comes in. Set on a platform atop the famous Bondi Icebergs complex, these yoga classes have one of the best views in the world. You stare straight out at a spectacular view of the ocean, and can take your relaxing breathing cues from the waves crashing into the rocks below. For an hour and a half you’re out in the elements, with the morning sun shining on your skin and the sea breeze doing its best to cool you down. Now, while I can sun worship with the best of them, a bit of slip, slop, slap is more than necessary if you’re going to give yoga outdoors a go. At this location, water is BYO – but bringing your own mat is optional. 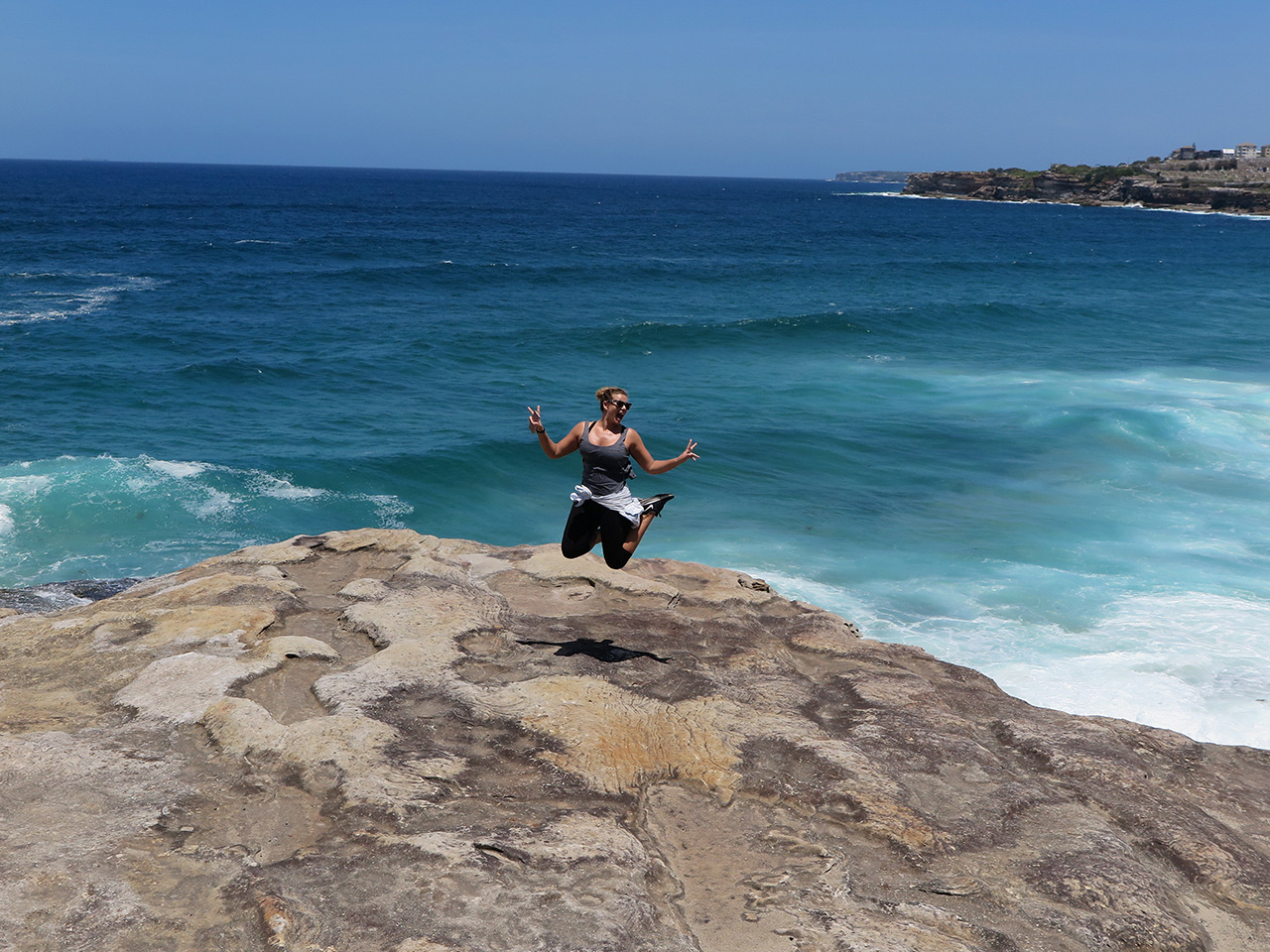 After Yoga we were still feeling active, so we went and dropped off our things at our hotel, QT Bondi.  Set in the heart of Bondi and right across the road from the beach, QT is a very convenient place to crash if you’re looking to spend some time in Sydney and want to make the most of the great outdoors. After popping on our sneakers we headed over to the esplanade to tackle the famous Bondi to Bronte Coast Walk.  This easy walk is one of my all-time favourites, taking you all the way along the cliffs around the coast, past Tamarama and down along Bronte Beach.  It’s about three kilometres with a few hills and stairs to get the heart rate up. It generally takes about an hour and a half to do the round trip but that depends on how many awesome selfie stops you want to take in along the way.

Again, load up on the sunscreen and take a hat, but a word of warning: it can get pretty gusty on the headlands and many a hat has become a casualty of the coast walk.  Also, no need to take a bottle of water on this one; there are plenty of fountains along the way and if you feel like showing off you can tackle the trek all the way to Coogee. 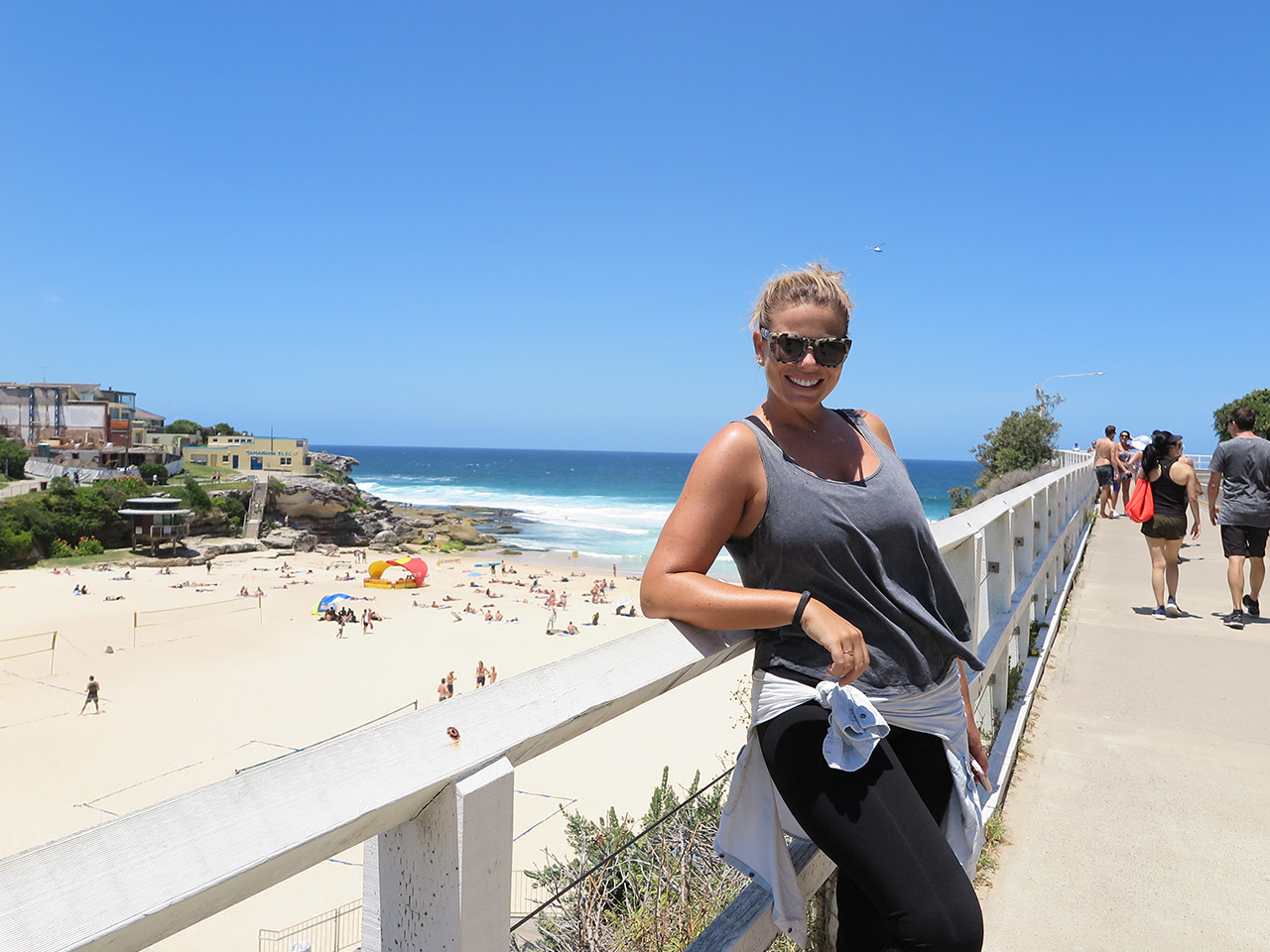 With yoga and walking out of the way, we wanted to get a little wet so it was back to QT to grab our swimsuits and hit the waves for a surf.  Before we went and hung ten (*spoiler: I never manage to hang ten*), we figured it was time to eat. When you consider that the official uniform of Bondi is a bikini, it’s no wonder that the official cuisine centres around fresh and healthy food. There are plenty of places to grab a delicious and healthy bite but we settled on a salad bowl at Fishbowl pokè bar, then a green juice at Earth Food Store.

After we refuelled it was time to get in the water with the crew at Let’s Go Surfing in North Bondi. Surfing is still new to me but what I lack in skill and grace, I make up for in enthusiasm – I don’t think I stopped smiling the entire lesson! I’m still in need of guidance with my technique so I was so glad to get a private lesson on some decent waves.  I’ve discovered the most important piece of equipment a new surfer can have is a patient instructor, and Samuele  from Let’s Go Surfing was incredibly patient.

This time I only managed to stand up once or twice, but the whole experience was great fun. The paddling is a terrific way to burn up some calories without noticing so, #winning! 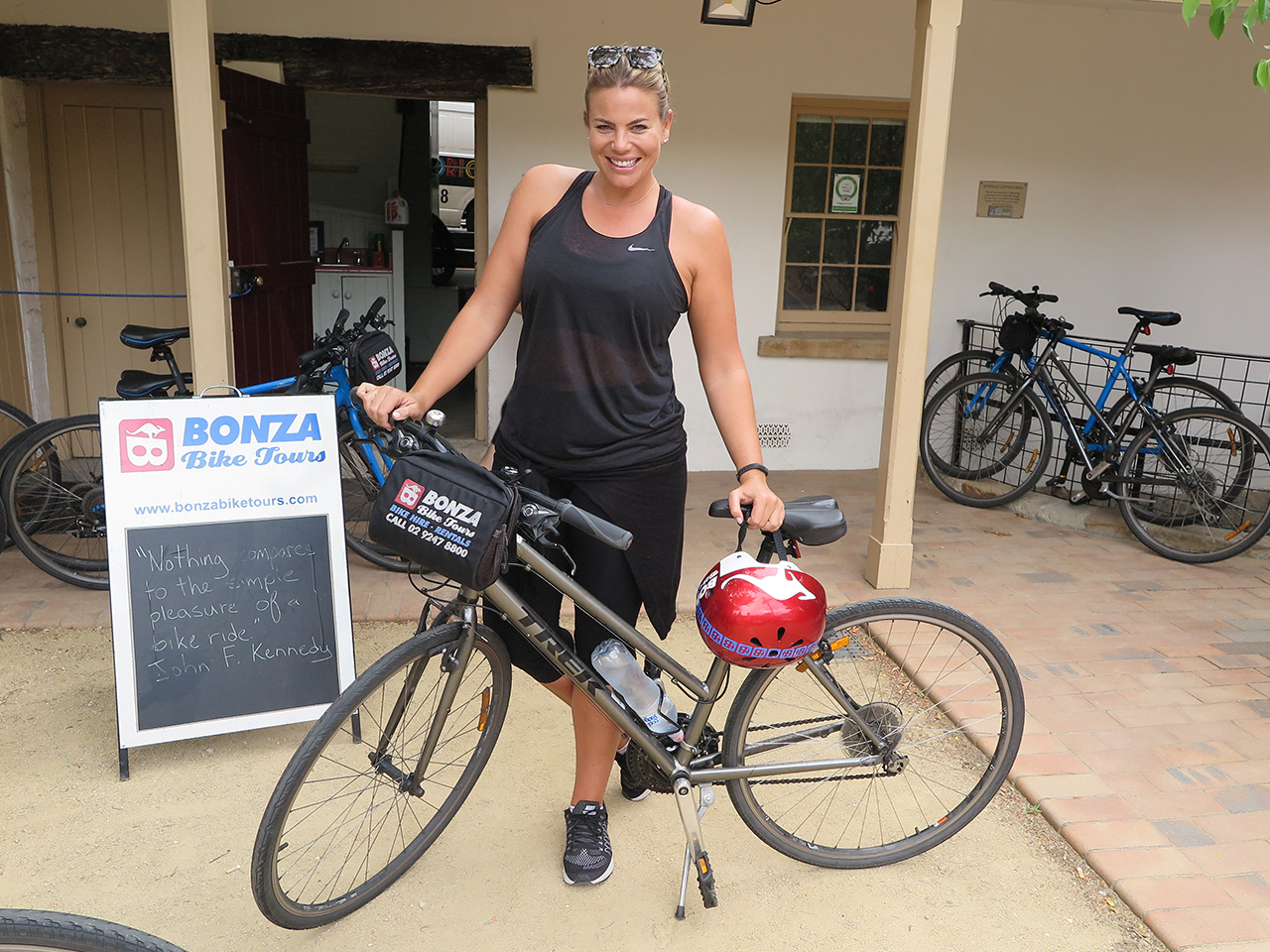 After a little Sunday sleep in we decided to leave the Bondi bubble and see the city a different way. How? By bike! Overseas, in places like London and New York, I love bike riding but honestly had never really thought about riding around Sydney. I was a little worried about being stuck on the road with traffic and impatient drivers but I have to say, out of my whole fitness weekend, this guided bike tour with Bonza Bike Tours was surprisingly my favourite activity.

In total we rode for 23km, starting at The Rocks, going over the Harbour Bridge to Kirribilli and North Sydney, back across the bridge, stopping for lunch at Barangaroo before venturing up to The Observatory. We continued around King Street Wharf and Pyrmont then back past Cockle Bay, through the city to Hyde Park, down through The Domain, along the water’s edge past Mrs Macquarie’s Chair, then back through Circular Quay to The Rocks. Yup, it sounds like a lot – and it was – but it wasn’t too hard. We were able to ride past most of Sydney’s most iconic attractions and appreciate them without having to worry about traffic or parking. It’s a really ideal activity if you want to knock over a few sights in one day.

I’ll be honest and say there were about three big hills that got the heart pumping, but if you struggle you can always get off and walk it up – which is still great for the glutes.

The tour lasted about six hours, with lots of photo stops along the way so it really wasn’t that strenuous but the next day your body lets you know how much you worked out.

All in all, totally worth it!

Next post Tasmania's Top 10 Places to Eat and Drink