Experience Tasmania through the lenses of Matt Donovan 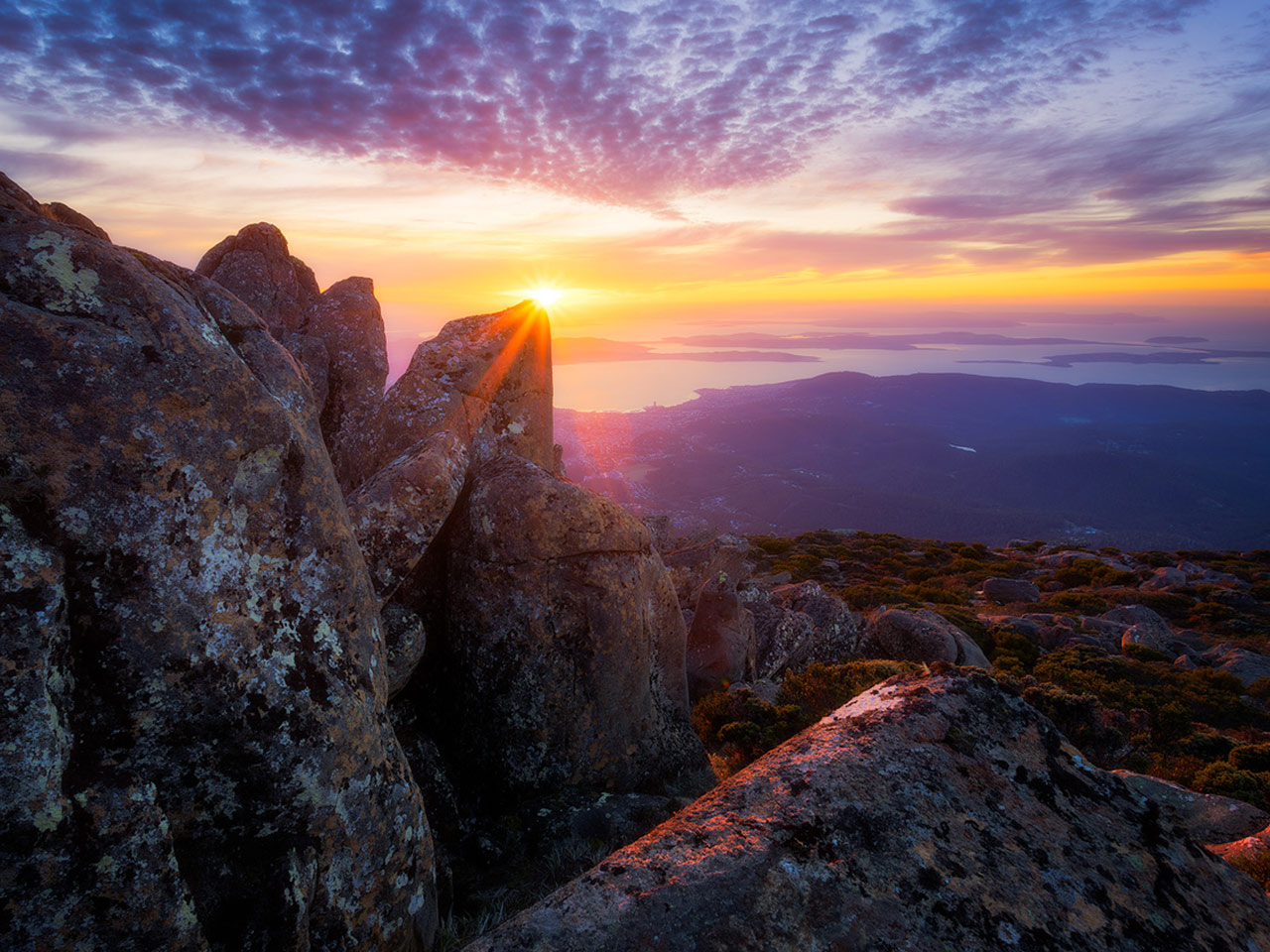 Australian landscape and travel photographer Matt Donovan has been all over the world but still loves to return to Tasmania. He’s sharing his favourite spots to capture the island state’s natural attractions.

I recently had the pleasure of re-visiting my favourite Australian state, Tasmania! As a photographer I find inspiration in its beautiful landscapes, the lush rain forests, sublime waterfalls and rapids and the rugged coastline battered by the Pacific and Indian Oceans. Here are just a few of my favourite places and shots from that trip.

Binalong Bay is one of those “I can’t believe a place like this exists” locations. Tasmania’s landscape is generally a pretty cold and beautifully rugged – and then there’s Binalong Bay. It’s literally Tasmania’s own little slice of paradise!

Binalong Bay lies on Tasmania’s North East coast on a long stretch of coastline named the ‘Bay of Fires’. This whole stretch is known for its crystal clear water, pure white sands and beautifully coloured, lichen covered, granite boulders. As the gateway to this extremely photogenic coastline, the Bay gets quite a few visitors – especially in the warmer months.

Getting there: Binalong Bay is a short 15 minute drive from the coastal town of St Helens or just over two hours drive east from Launceston. There’s not really a lot of detail needed to describe where to shoot. Find a map of Binalong Bay or the Bay of Fires, close your eyes and point. You’d be pretty unlucky to find somewhere that wasn’t worth shooting. 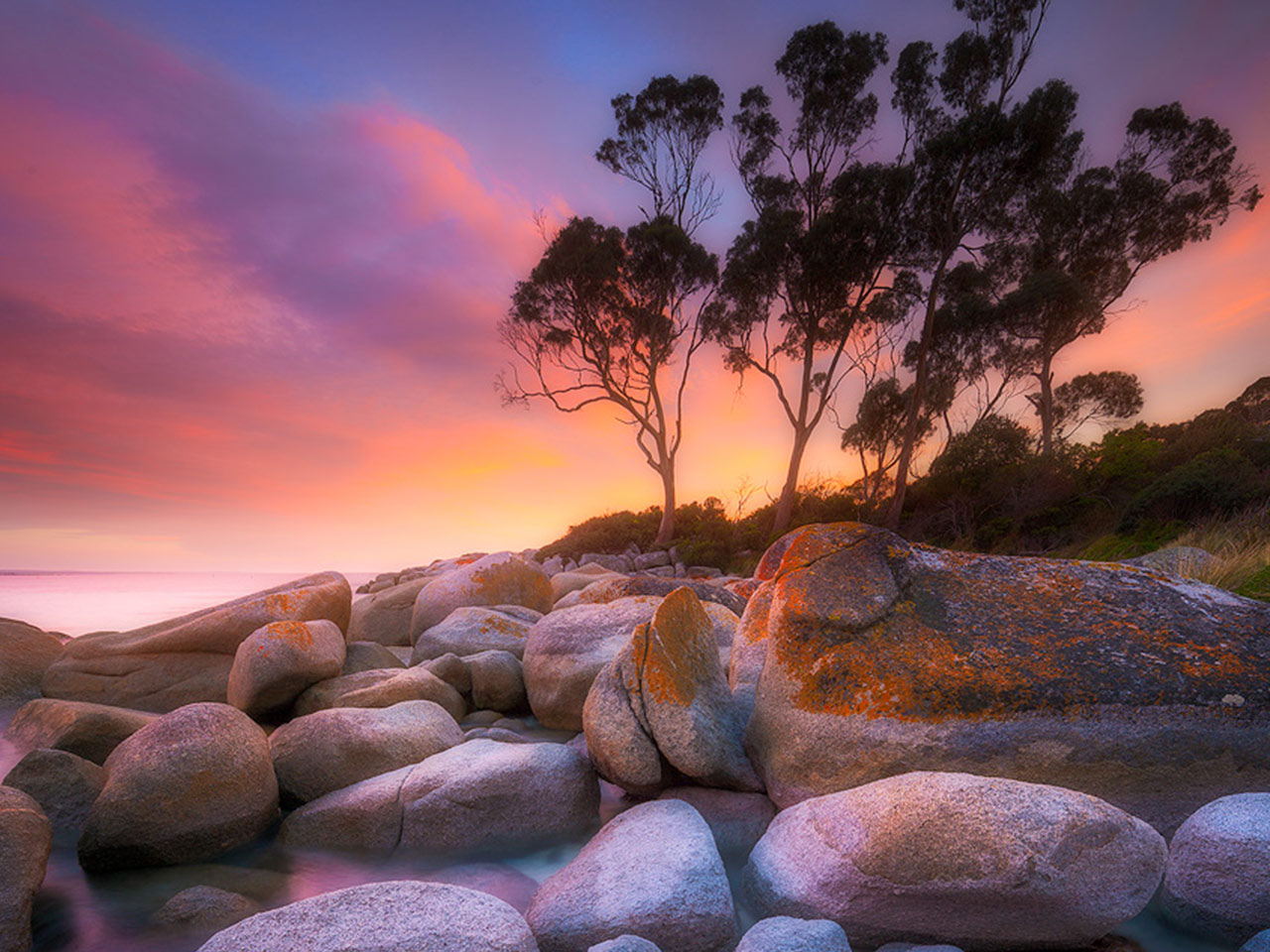 It’s no secret that I love shooting water, especially water that I can get in. Most mornings you’ll find me shooting along the coast with the incoming waves rushing past my legs. If there’s something that I could compare that too, inland, it would be standing in a river; shooting waterfalls. Though, Liffey Falls was quite a bit colder than the Sydney seawater I’m used to!

Liffey Falls is located in the Liffey Falls State Reserve, just an hour drive south-west of Launceston. There are four main falls at Liffey Falls, each as photographic as the next. They flow all year round, so you’d be pretty unlucky to arrive during a low flow period. My first visit last year seemed pretty steady and full, but it wasn’t until a recent visit that I realised it can get a much stronger flow after a decent downpour of rain.

Getting there: Liffey Falls is an easy one hour drive from the closest and second largest city in Tasmania, Launceston. There are two car parks and two separate walking tracks to the falls. The first and most popular entrance is from the upper car park, but is only accessible by smaller vehicles. So, if you’re in a camper/bus, the lower car park is the one for you!

Heading West from Launceston on the Bass Highway to Deloraine, turn left on Highland Lakes Road and keep going until you reach the final turn off to Riversdale Road. From here it’s a 5km drive to the upper car park of Liffey Falls. 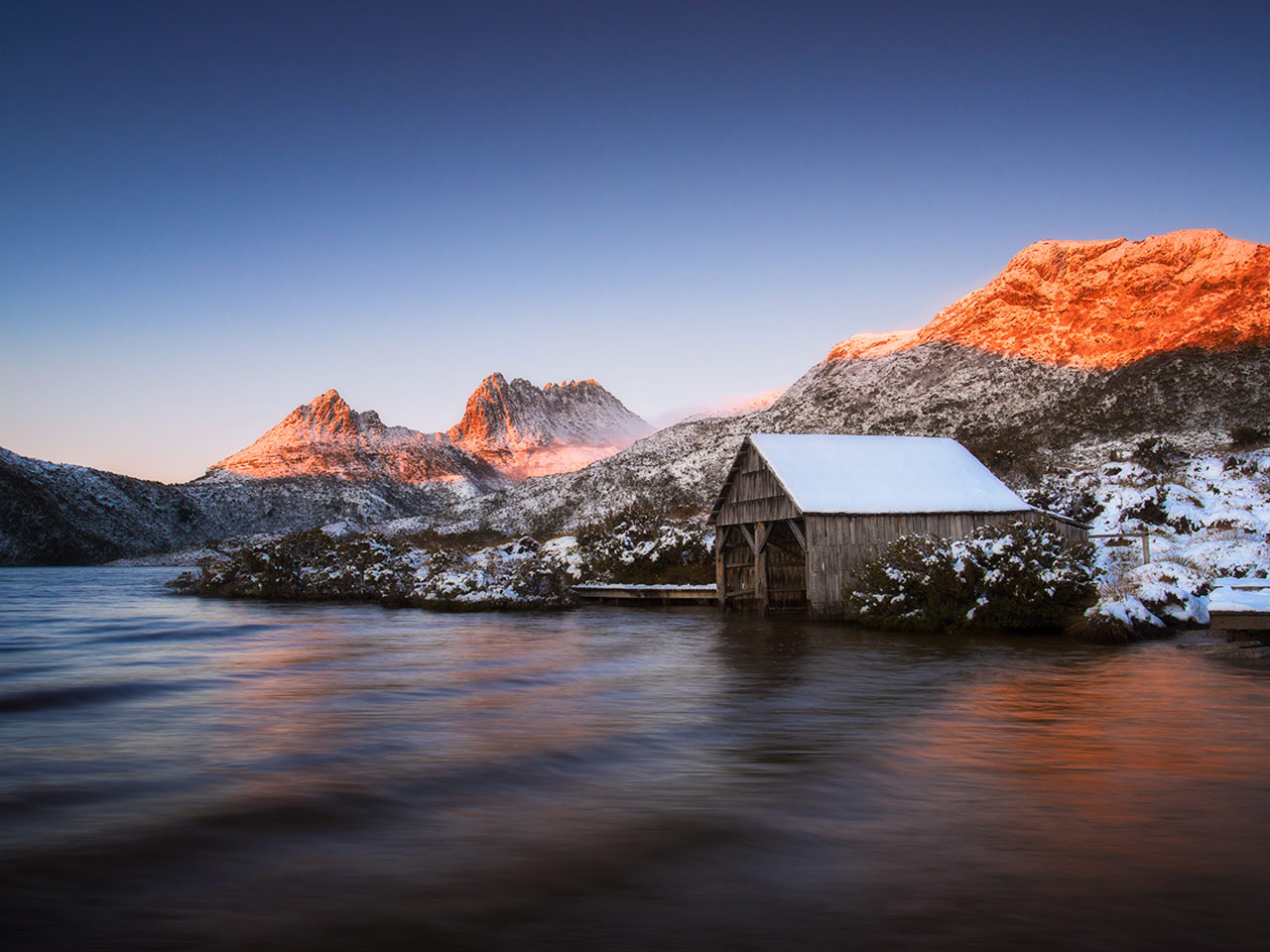 Having not climbed to the summit of Cradle Mountain (on this trip) or taken the six day trek along the Overland Track, I can’t say I fully experienced everything Cradle Mountain had to offer. I was however, overwhelmed by the endless shooting possibilities there were on this rugged landscape. From the almost frozen over lakes, to the beautiful moss covered forests, this place really has it all, which is why I will definitely be returning during the warmer seasons.

Getting there: Cradle Mountain in Lake St Clair National Park is located in the central highlands area of Tasmania, around 165 km northwest of Hobart. It’s about a two and half hour drive from Launceston to the North, or about four and a half hours from Hobart.

Mount Wellington is located only a short drive away from Hobart – perfect for an adventurous day trip next time you’re in Tasmania’s capital city. There are walking tracks you can follow leading up to a lookout near the peak of the mountain that give you breathtaking views back down on the city. I loved capturing the light over the rocky vista as the sun rose over Hobart and the Derwent down below.

Getting there: Mount Wellington is about a half hour drive from Hobart (roughly 22 kms). 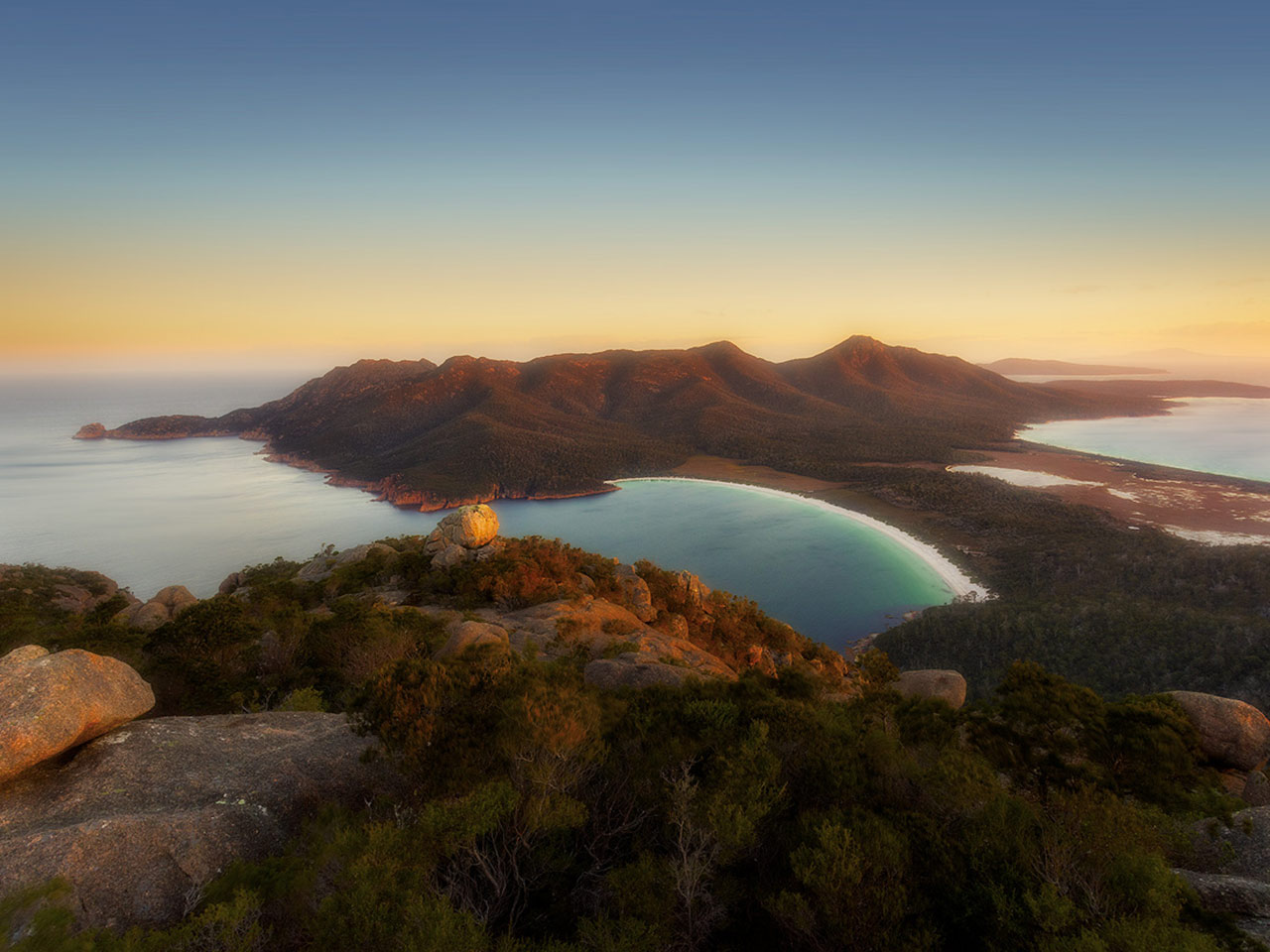 Wineglass Bay in the Freycinet National Park located on the East Coast of Tasmania is a truly beautiful location to visit. Think unspoilt white-sand beaches and striking pink granite rock formations. I love capturing hazy light overlooking the Bay in the late evening as it got closer to sunset. It’s a bit of a hike to get there, but very much worth the trip for the stunning scenery on offer.