Expedia Expert: The Majesty of Morocco 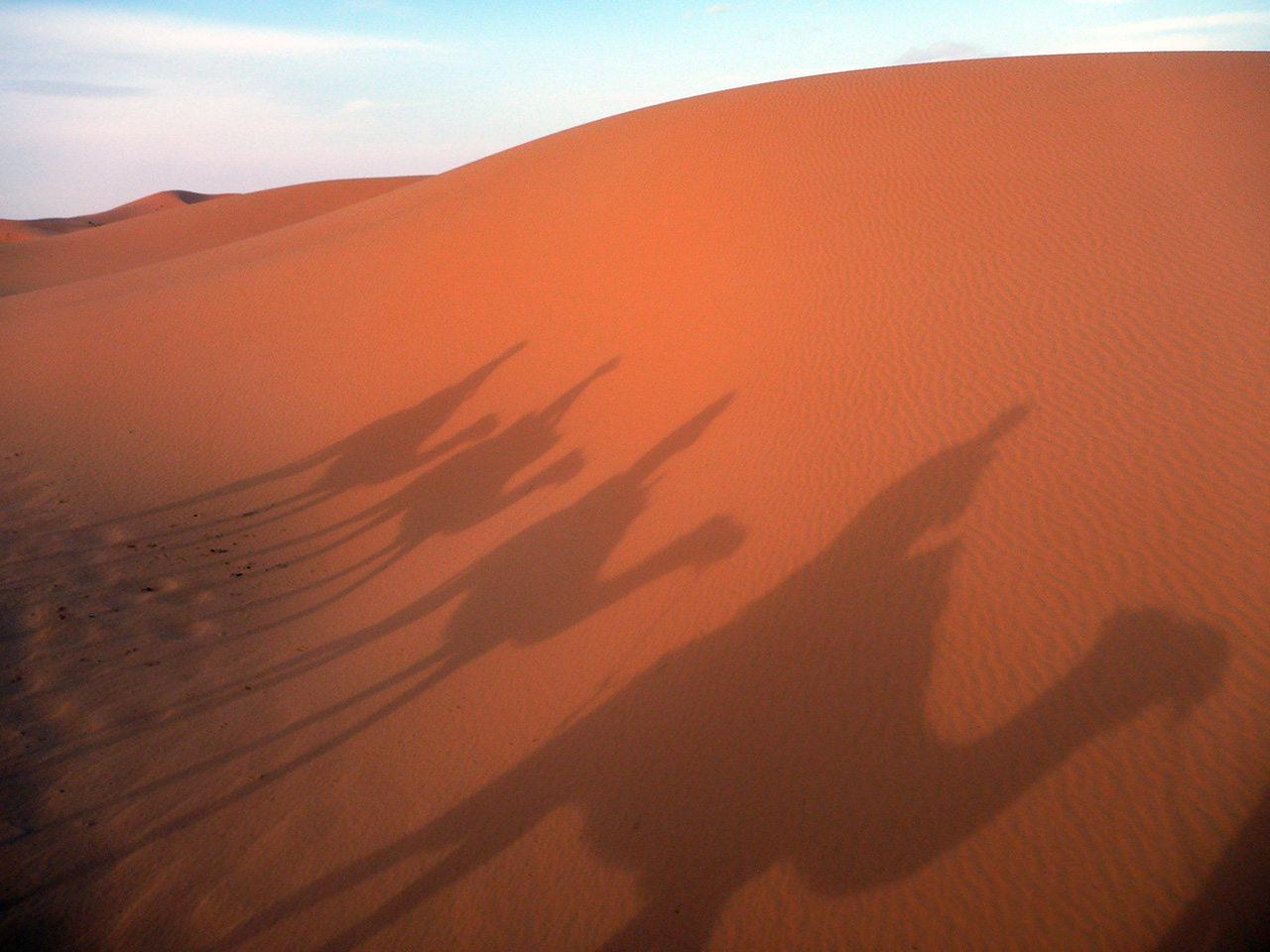 There‘s something majestic about Morocco. Perhaps it’s because there’s still a King and he lives in his many palaces or perhaps it’s the romantic notion of camel trekking in the Sahara desert, the crowded narrow alleyways of Marrakech and Fez or the colours and smells in every street market. Being surrounded by all this magic can sometimes leave you a bit disoriented or overwhelmed, but that’s also part of the charm.

Our first port of call is the mystical Marrakech, which has a well-trodden tourist path but you’ll still get lost exploring the intricate laneways. Be wary of your new Moroccan ‘friend’ who may help you out of one laneway but quickly into another featuring their family gift shop. Most of the riads (Morocco’s boutique hotels housed in old palaces) have reputable guides and they’re definitely worth following about for a day.

After a day of discovery, I retreated back to Riad Farnatchi, a beautiful hotel in the Medina (the old town) to soak up the warm Moroccan sun by the pool. Fresh figs and traditional Moroccan mint tea are a refreshing local snack – don’t expect scones and English Breakfast here.

Most of Expedia’s visitors in Morocco head to Marrakech and Casablanca, spending a few days exploring each city. We hired an excellent guide who drove us for four days from Marrakech to Fez via the Atlas mountains and the Saharan desert. This was the absolute highlight of Morocco for me. As we drove high up into the mountains, we came across an arid landscape scattered with Kasbahs and pockets of green valleys.

Riding a young, spritzy donkey, I could have been in a movie set as I approached Ait Benhaddou, an 18th century kasbah built by mud where the likes of The Gladiator and Lawrence of Arabia were filmed. After all this adventure we laid our weary heads at Hotel Xaluca Dades in Boulmane Dades where I felt like I was Wilma Flintstone sleeping in cave-like rooms with mattresses on rocks – surprisingly comfortable. 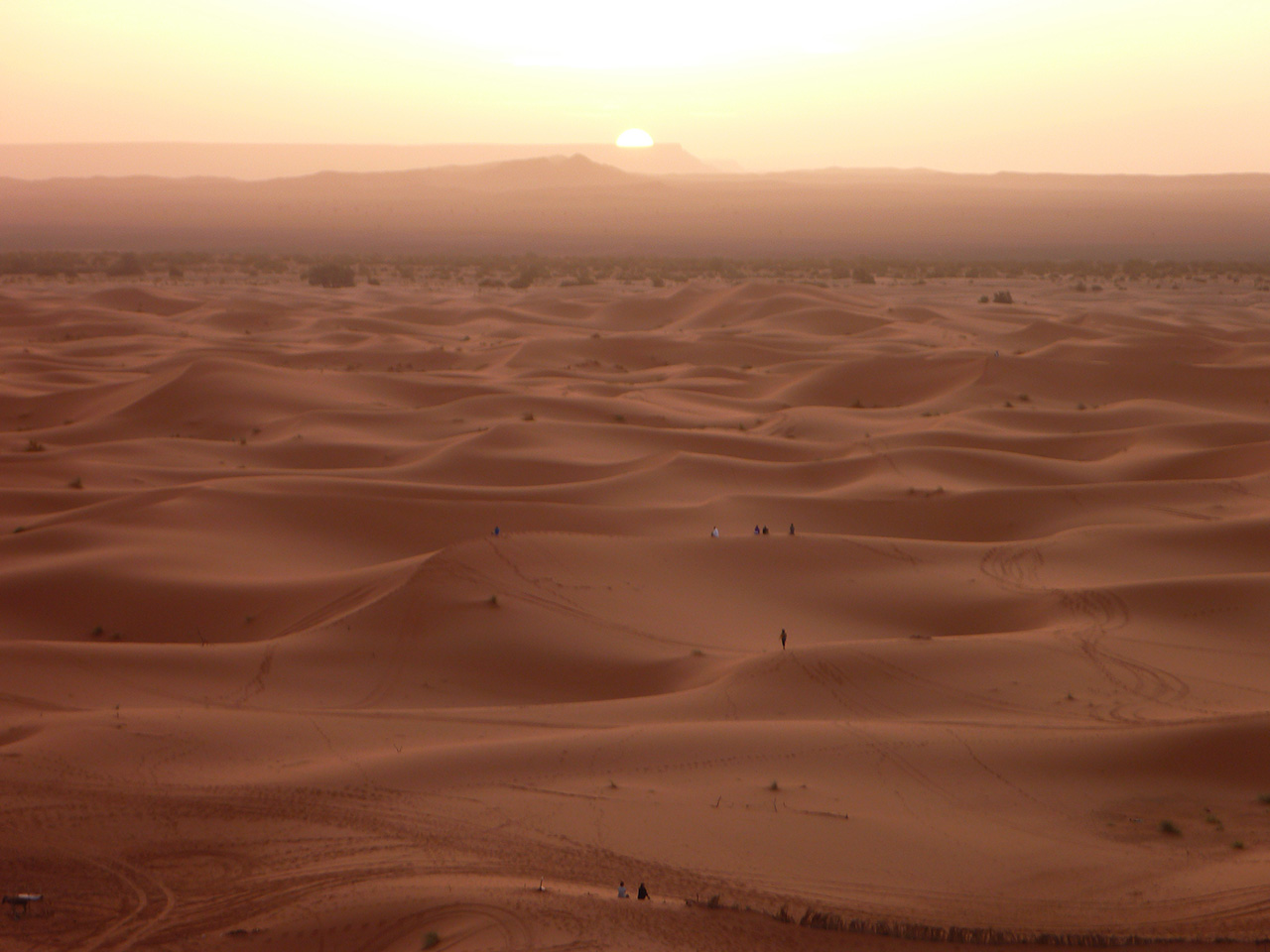 The gateway to the Sahara desert is a small town called Erg Chebbi, from where we set off in the late afternoon aboard our camels, led by half a dozen Bedouin guides dressed in their dark blue kaftans. Not completely at ease ‘under the stars and with nature’ I slept with one eye open on high alert for any suspicious scurrying activity but the most I ever heard was a donkey ‘e-oaring’ which was strangely comforting….

I had been warned that our final destination of Fez would be all encompassing and a complete assault on the senses. However after two weeks in Morocco I felt very comfortable in the city and had a much better understanding of the culture, traditions and how to avoid pigeon pie! A university student was our guide on the first day, providing us with invaluable insider knowledge at many sights including Kairouine Mosque which is reportedly one of the oldest universities in the world.  What trip would be complete with a carpet shop tour and even though we swore ‘we would not fall for it and where on earth would we put it when we got home anyway’, I found myself smugly walking out with a rug under my arm feeling I had negotiated the best deal of the day.