Expedia Expert: the Mysteries of Mexico 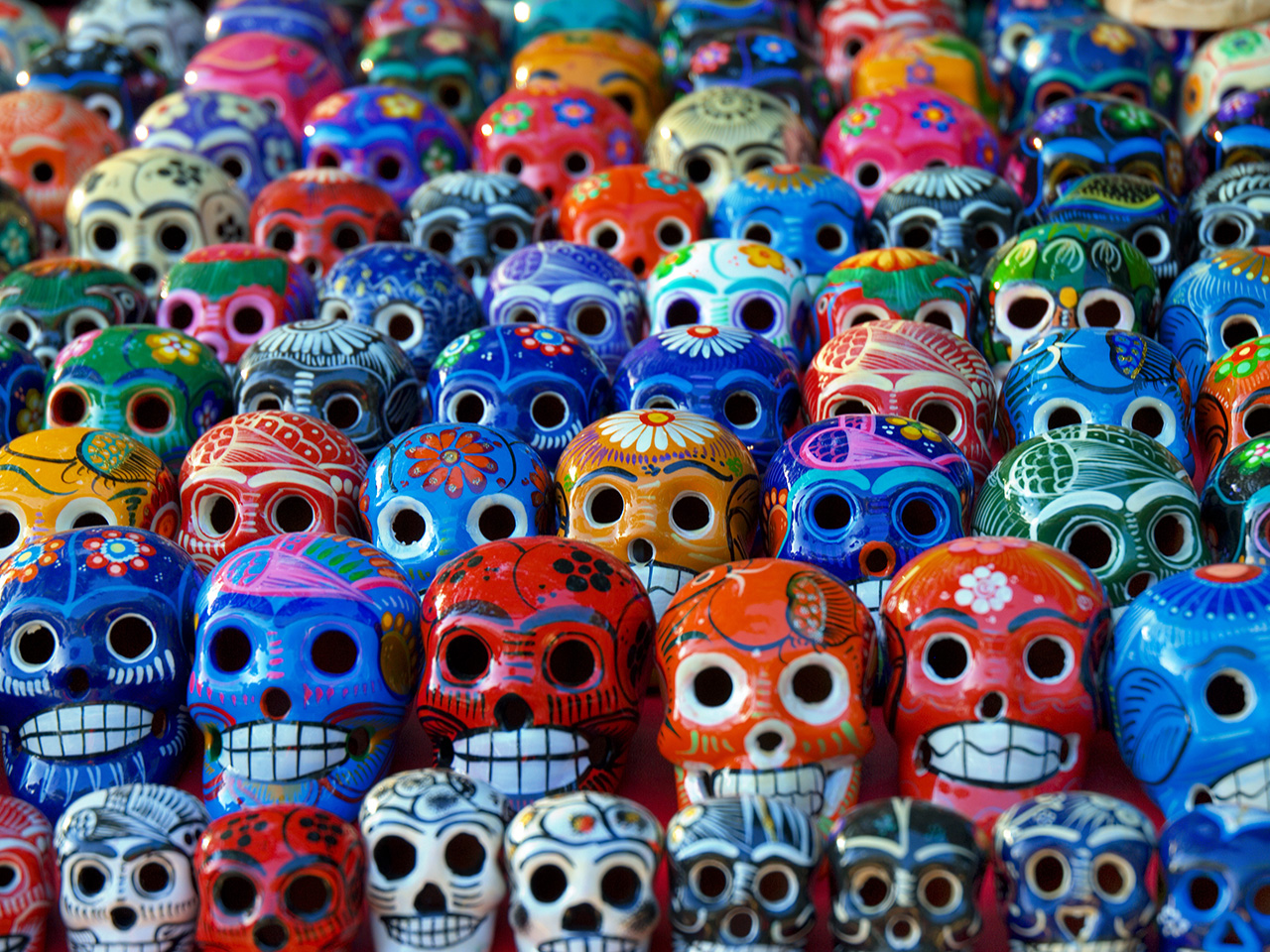 Our Business Development Manager Vanessa takes the trip of a lifetime to Mexico.

One of my favorite cartoons as a kid was an animated series called “The Mysterious Cities of Gold”. The series focused on a mix of ancient South American history, archaeology, and science fiction. The travellers encounter the Maya, Inca, and Olmecs during their journey.

Since then Ancient civilisations, particularly the Mayan culture, have fascinated me. I’m also a big fan of Hollywood movies such as Apocalypto and most recently Prometheus, which were also influenced by ancient cultures.

My trip to Cancun was one of the most beautiful, awe inspiring holidays I’ve experienced. From sun, beach, nightlife and exploring it has something for everyone, families, singles, couples and retirees you will find a Mexican adventure to suit you.

Believe it or not, Cancun is NOT all about spring break. The Spring breakers are definitely there but they’re seasonal, so avoid March if you’re not interested in that scene. My advice is to be selective in terms of staying at hotels in the zona hotelera.

I flew Qantas from Sydney to Dallas (17 hrs) and then got a connection with American Airlines 1.5 hours to Cancun. Expedia’s Aussie travellers spend 3-4 nights in Cancun before travelling to other parts of the country.

The exchange rate is good at the moment, so it’s economical to extend the trip a little longer to make the long flights worth it. I recommend paying a bit extra for an all-inclusive package.

The one thing I must say impressed me was that the Mexican Government is very good when it comes to conserving their natural environment and protecting and salvaging historical artifacts.

TIP: Avoid Cancun between September and November as its hurricane season and most of the hotel and hospitality workers are on vacation.

This eco-friendly theme park is worth a visit. I did this as part of a half day tour with Tulum, there are full day tours available through Xcaret Tours.

I was amazed at how ecofriendly the park is – you have to purchase special sunscreen which isn’t overloaded with harsh chemicals to protect the water life and ecosystem.

The park is home to the largest natural aquarium in the world. The water is tranquil like a bay and is home to a wonderful array of tropical fish. You can go snorkeling (life vests and equipment supplied but you have to leave a deposit so please bring some cash) or bob through through the Xenotes and an underwater cave. You can also swim with the dolphins but make sure you book early.

You can get across the park by foot or bicycle but my favourite way to see things was by zip line – it’s all supervised and safe and suitable for most ages. The lines weren’t that long and you could get a couple of turns in the space of 15 – 20 mins. Free your inner child I say! If adventure sports are not your thing, then you can float around the park on an inflatable doughnut and relax at the park.

Once you’ve worked up an appetite, there are 3 major restaurants to choose from, with meals included in your tour ticket.

I did a one day tour combined with Xel-Ha. This place is an ancient Mayan Port and sits on a cliff overlooking the Caribbean Sea – it’s absolutely breathtaking. If you have the time, stay in Tulum for a few days and enjoy the beach. There will be plenty of other tourists, but it’s bearable.

TIP: Aussies, bring your sunscreen, it gets hot!. You won’t regret it. Even put sunscreen on your toes. 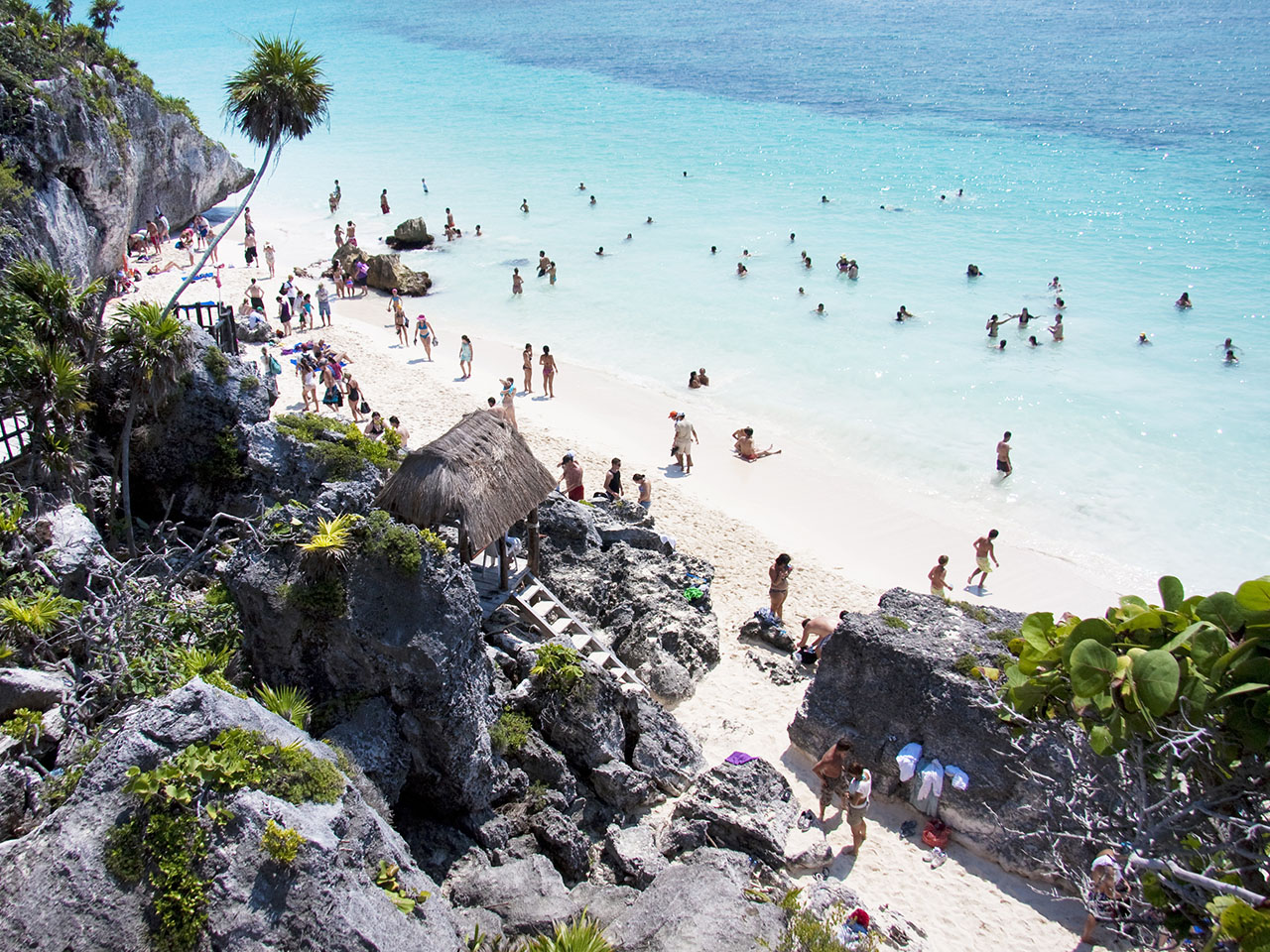 You haven’t experienced Mexico if you have not visited the Kukulkan Pyramid of Chichen Itza, about 2.5 hrs drive from Cancun. Tours offer bilingual guides which you can follow, or break away and wander off.

This UNESCO World Heritage listed site was once the capital of ancient Maya and is considered by archaeologists to have been one of the most advanced communities of the ancient Americas. It stands at about approximately 23 metres (75 feet) built around 1000-1200 AD and then according to sources abandoned mysteriously around 1400 AD.

Fun Fact: Kukulcan is the Mayan name for the Feathered Serpent God (also known as Quetzalcoatl to the Aztecs) and the name Chichen Itza, is derived from the Mayan language: “Chi” – mouth, “Chen” – well and “Itza” – the tribe that inhabited the area.

Chichen was primarily a spiritual, ceremonial site instead of a commercial area. A pyramid was built over the original pyramid to mark the arrival of a new tribe (much like the Aztecs). I’ve always been intrigued by the ancient Mayan culture’s obsession with astrology and here you’ll see a dome-like building archaeologist believe once served as an observatory. There’s also remnants of a school where high class Mayan children were educated – it ended up being converted into a monastery/nunnery when the Spanish conquistadors invaded.

Archaeologists have recognised both Maya and Toltec influences in the architecture, which was designed using the science of sound engineering. The acoustics at the pyramid are absolutely mind-blowing; try clapping your hands at the site of the pyramid and see how it echoes and how clear the sound is.

At the Ball Courts you’ll see early beginnings of what we know as modern day “soccer/football today”. The etching of each team captain that was sacrificed is recorded in the wall as it was considered an honor to be sacrificed. 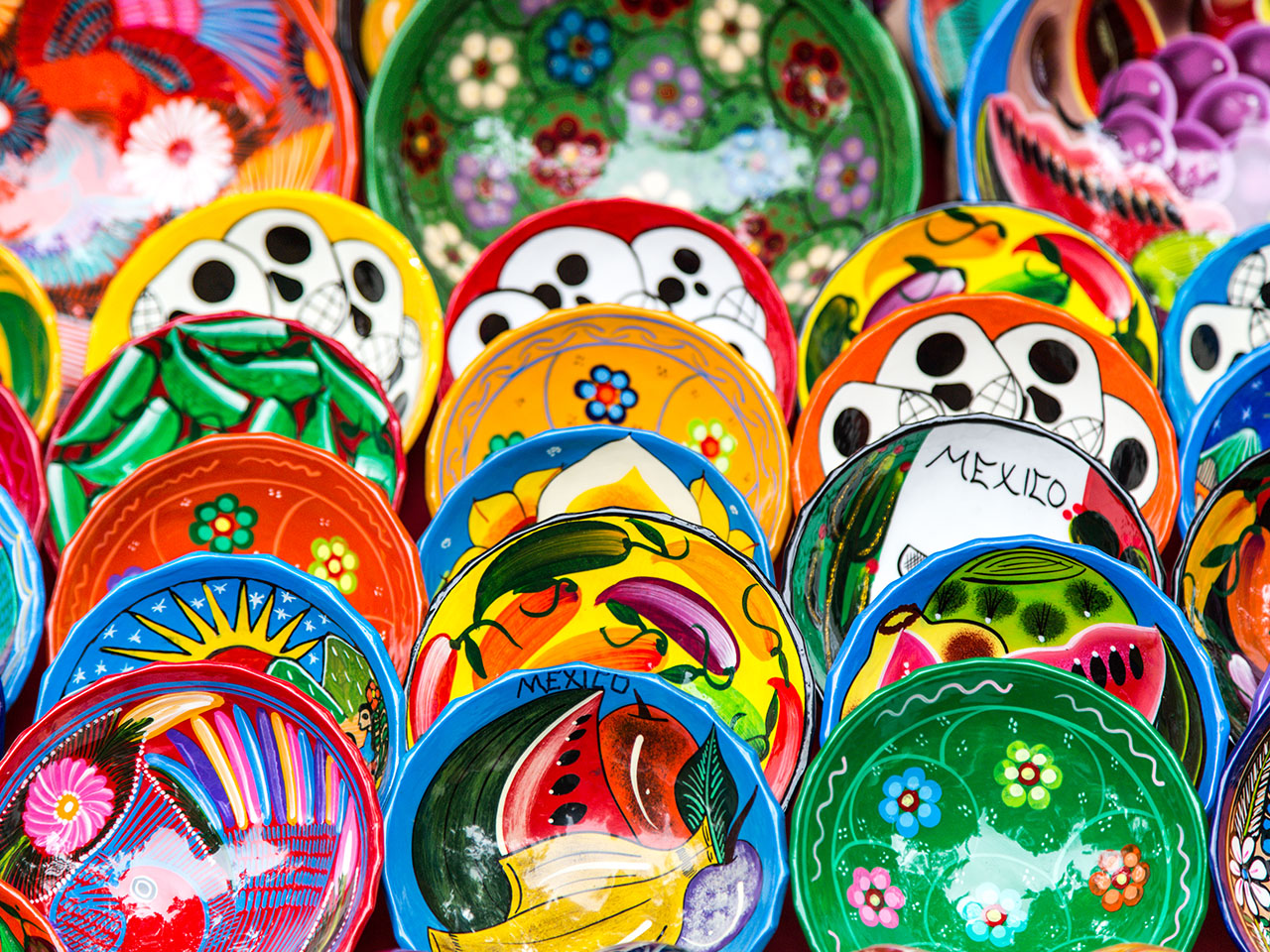 One of the oldest cities in Mexico, Valladolid is known for its Spanish Colonial architectural beauty. Highlights for me were the Convent of San Bernardino of Siena built by Franciscan monks, the city hall, and the church. We had an amazing lunch at La Casona De Valladolid – the best Yucatecan food in the region hands down! This is NOT your typical Tex-Mex you’ve tried back home, this is genuine Mexican food. After lunch stroll over to the town square, where love seats sit facing each other.

TIP: visit the local artisanal market and BUY your souvenirs here as it’s a 1/3 of the price in Cancun and the money goes directly to the communities in the area.

Catch the bus (either R1 or R2) from the Hotel Zonera (its about $1 USD one way) to Playa Defines where there is a box office to purchase ferry tickets (approx. $25 USD for a return) to Isla Mujeres.

This island is a bit quieter than the major mainland party towns. You can even ride around the island in a golf buggy! Just be mindful of the local drivers. There are plenty of places to eat and loads of markets and souvenir shops so be prepared to haggle and get hassled.