A Date with Dodge Ball 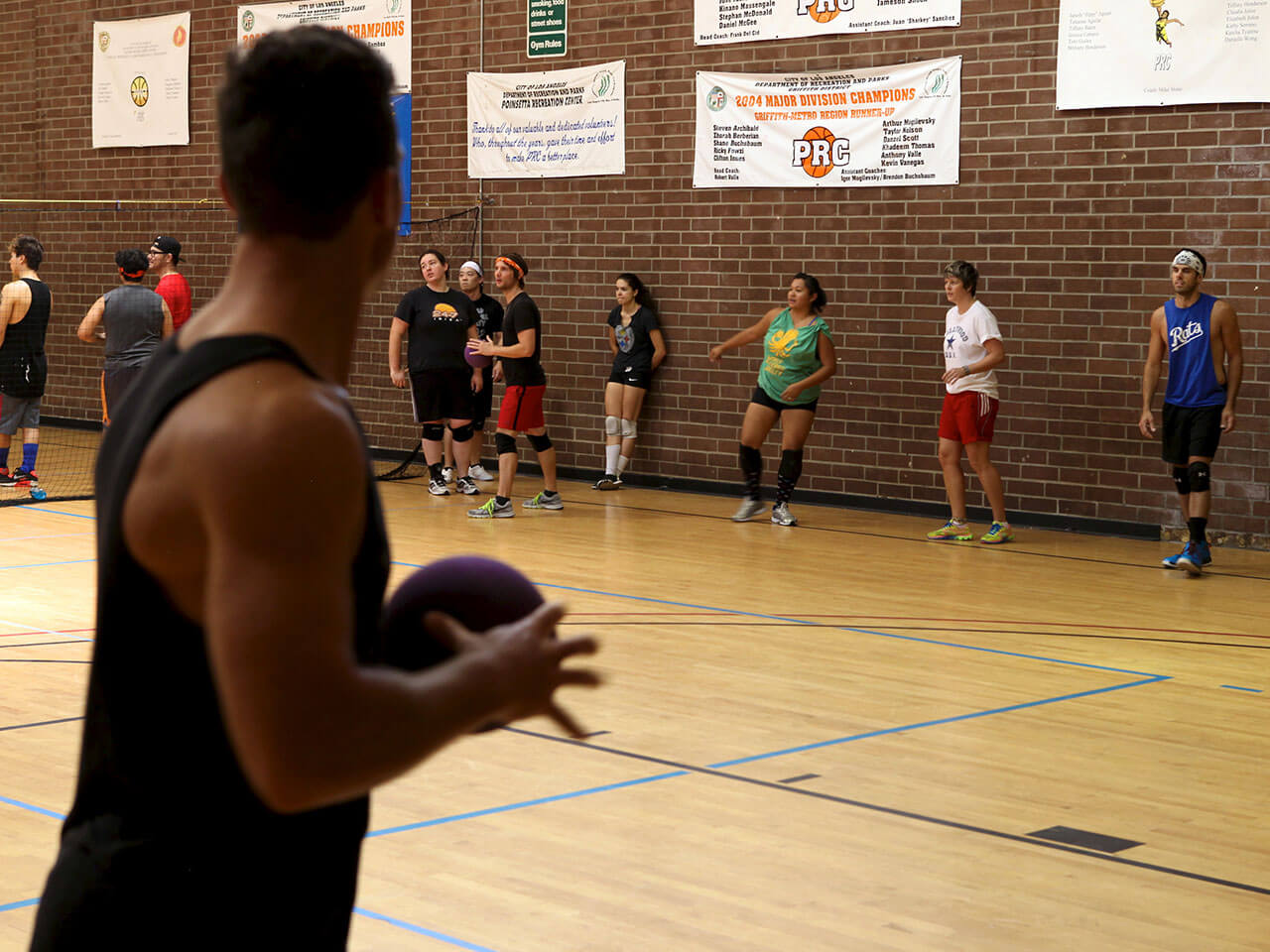 Holidays are traditionally about relaxing, exploring a city’s sights, and generally doing whatever it takes to take your mind off the stress of home and work. This holiday suggestion may come as a little bit of a surprise for some travellers.

In Los Angeles, I decided to leave the glitz and glamour of Hollywood for the thrills and spills of one of America’s biggest recreational sports. Tying up the laces on my sneakers, I headed to the World Dodgeball Society’s “open gym sessions” to play one of the all time classic schoolyard sports.

I’m of the belief that many of the players of dodgeball internationally do so in an attempt to address their adolescent emotional angst. Regardless, it is an activity that just oozes Americana, and in my opinion, is a randomly unusual experience for travellers to the United States. The open gym session is an afternoon event on Sundays where any individual can turn up, join a team and play a few games of dodgeball. It’s perfect for travellers (and locals) that are keen to get a workout, experience a fantastic sport, and release a little bit of aggression at the same time.

The rules of dodgeball haven’t changed much since our schoolyard days. To get someone out, hit them below the neck with a ball. If you catch an opponent’s ball, you’ll get the thrower out, and you’re also allowed to bring back a player from your team that’s been eliminated. I can’t lie – I did have concerns about getting hit by the balls. Would they hurt? Could I sustain permanent damage to my perfectly symmetrical nose? Would my ability to have children be at jeopardy? I was assured that none of the above were an issue. The balls themselves are rather soft. They’re inflated rubber balls that, despite packing a punch, don’t actually hurt the skin.

Joining a team of enthusiastic athletes, my dodgeball experience was an exciting return to my physical education days, complete with the over-enthusiastic jocks and chess club nerds. The difference here was that we all had a brilliant time because we all wanted to play – and there was a common respect for that. And the overriding reason we’re all there was to have fun and enjoy our Sunday afternoons. The World Dodgeball Society is extremely welcoming to all newcomers – whether you’re a local or a traveller. If you’re looking for a way to embrace American culture, meet some great people or even just wanting to try something completely left of field while you’re in the City of Angels, give Sunday afternoon dodgeball a try. Even if you don’t think you can dodge a wrench, you’ll still have a ball.