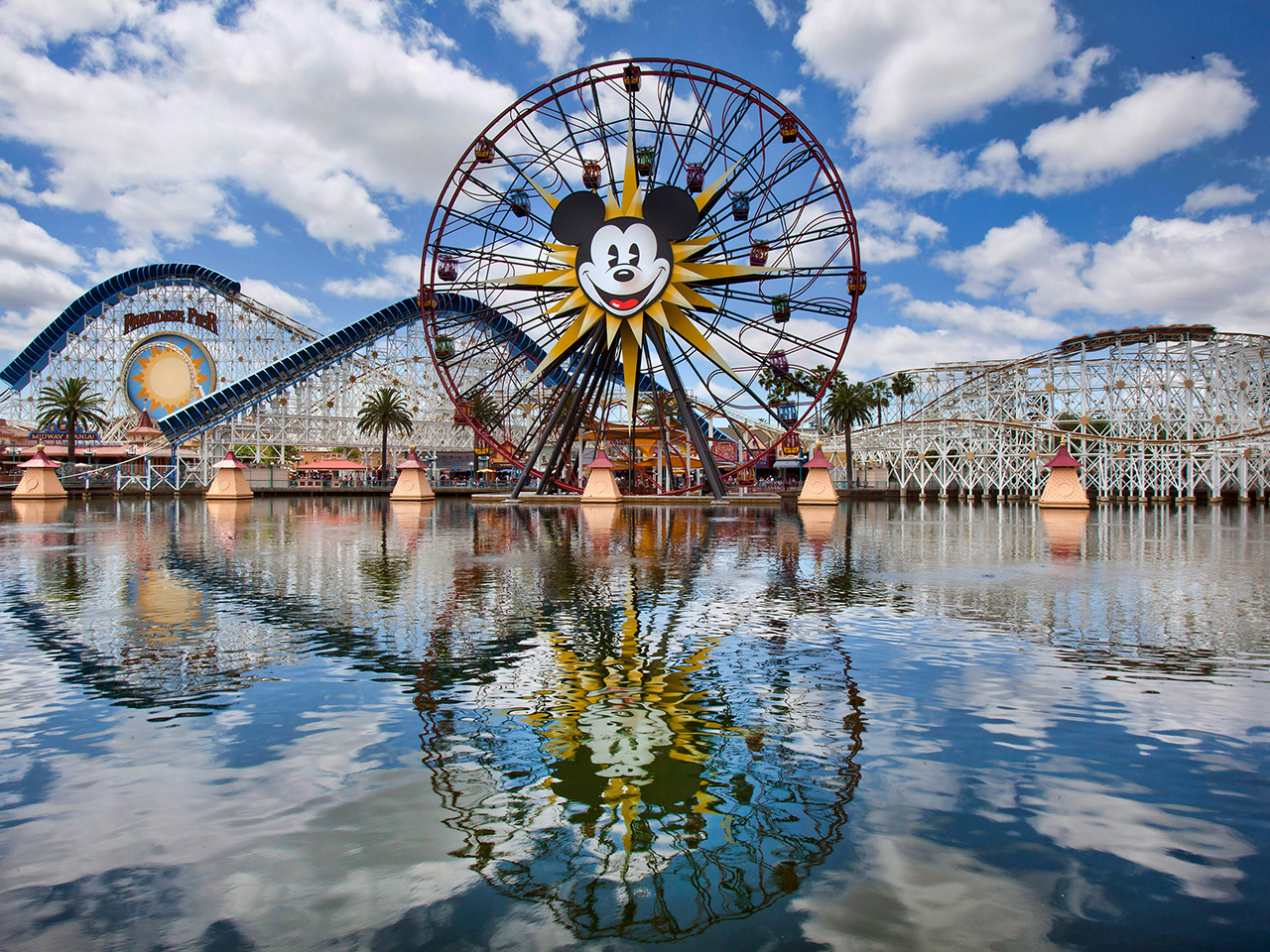 The Happiest Place on Earth is a huge drawcard for kids of all ages to California, but it can be fraught with tantrums and meltdowns if you don’t have a plan.

Here are my tips for making the most of your trip to Disneyland:

If you choose to stay at one of the three Disneyland hotels, you’ll be entitled to access into the parks one hour earlier than the regular folk. Yep, that means up bright and early and ready to hit the rides at 7am. But believe me, it’s worth it. Not everything is open at this time, but you can ride without queuing and can easily cross four or five off rides your list before the throng comes herding in.

Grand California Adventure Resort and Spa is Disney’s premium hotel. It’s the closest hotel to the parks, quite literally on the doorstep of California Adventure with some rooms facing the rides. There are several pools including some with private cabanas with flat screen TVs and internet. The luxurious Mandara Spa is also located inhouse.

The Disneyland Hotel is an easy walk from the main gates via the shops and restaurants of Downtown Disney. The hotel was refurbished with cute touches like faux fireworks in the wooden bedheads and Mickey Mouse-shaped bathroom taps and wall lights. The pool complex has three pools and two water slides. But for something really over the top, book one of the five Signature Suites; themed to Pirates of the Caribbean, Mickey Mouse, Fairy Tale and more.

Disneyland’s Paradise Pier Hotel has a rooftop pool with slides and beach themed rooms (look for the hidden Mickeys). One and two bedroom family suites are available and some rooms sleep up to five if you want to all bunk in together.

Don’t want to stay on site? That’s ok too. There’s plenty of 3-3.5 star hotels nearby which are pretty popular with Aussies. Try the Hilton Anaheim, Desert Palms Hotel & Suites or the Anaheim Fairfield Inn by Marriott.

Expedia’s Aussie Travellers usually spend 3-4 days in Anaheim and with a two-day Hopper Pass, you can spend a full day in each park. And you can pop back and forth between the two whenever you want. Catch the World of Colour one night and the fireworks the next.

Fast passes are a great way to save you time waiting in lines. These are free tickets you can take from some of the most popular rides with a time to return later in the day and whiz through the Fast Pass lane. 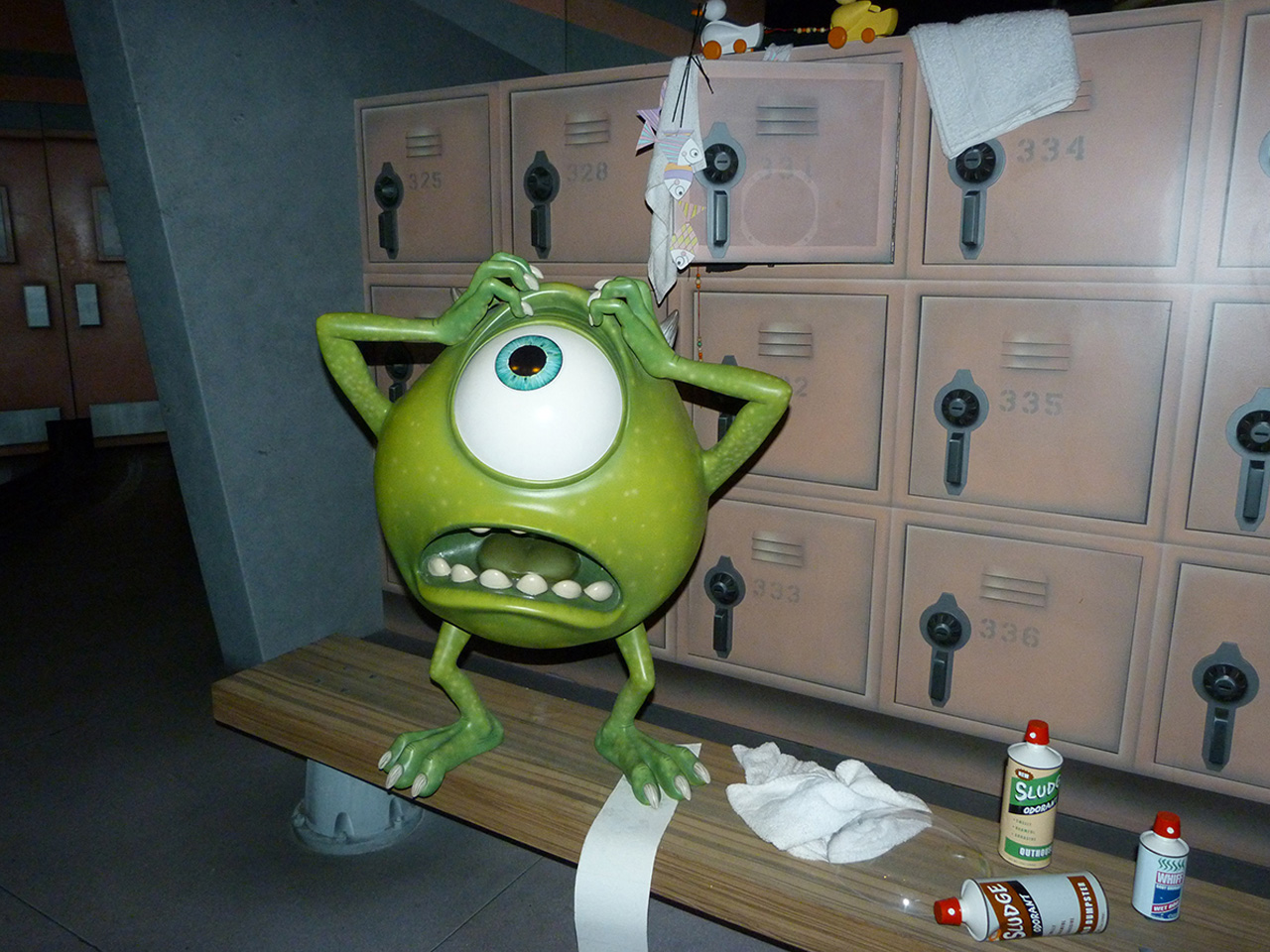 Single rider lines are another little trick many people don’t think of. If you don’t mind splitting away from your friends and joining some randoms in a car, just have your group line up and you’ll go one at a time.

Take the train around Disneyland. We thought we were just going to be transported back to the main entrance without having to walk but along the way you’ll pass scenes of wildlife and other clever depictions.

Dress your group the same. You may laugh (and take photos) but this is actually a great tip if you’re travelling with a group, especially kids. It’s easy to get lost so get your team T-shirts ready (white is actually the best colour to find people in) and so you’ll spot each other in the crowd.

If travelling with littlies, take some time out in the middle of the day, lest the midday meltdown occurs on Main Street USA. If you get in early, go back to your hotel for lunch, a swim and a nap, before heading back into the park around dinner time for the late night events. The World of Colour at California Adventure and the fireworks behind the castle complete with Tinkerbell and Dumbo flying through the air are worth seeing. 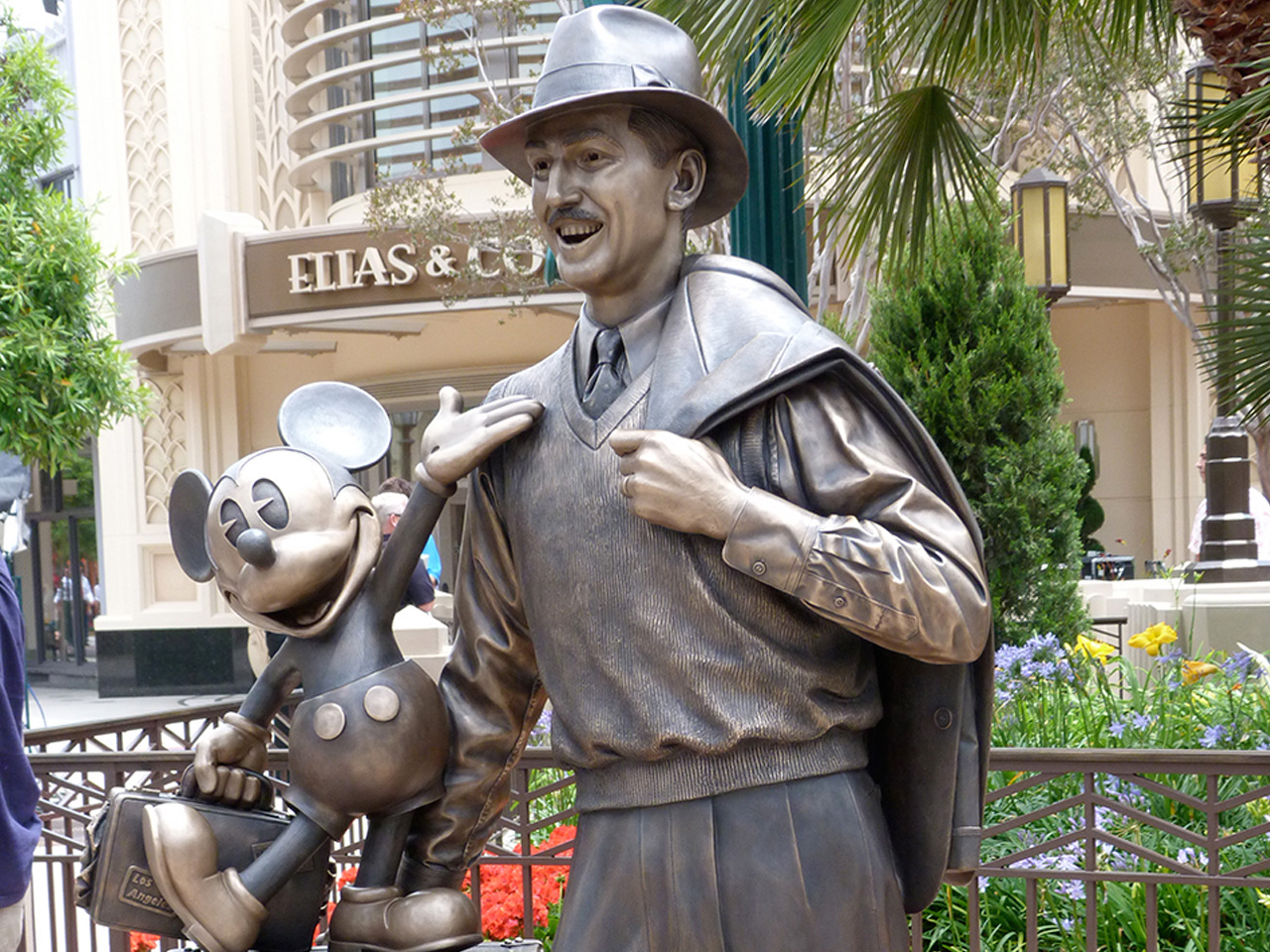 This is the main area full of shops, restaurants and bars before you get into the parks. It’s free and open to the public. It’s great to visit if you arrive late in the afternoon and don’t want to use your Pass until the next day. The kids will love the Rainforest Café, where animals hide in the jungle around your table and come to life every half hour. Sporty types will want to dine at ESPN with its umpteen television screens showing ball games. Music fans should head to House of Blues and Jazz fanatics will love the Court of Two Sisters from New Orleans.

Save time for a bit of shopping at make up store Sephora or kiddie favourite Legoland. The prices beat buying at home by about 50%. Build a Bear is for little ones who want to create their own toy, RideMakerz is for the kids (and their dads) who want to build a remote-controlled car and pimp it out with all manner of accessories.

Character breakfasts are a treat for the kids. Book in at one of the Disney hotels or the Plaza Inn inside Disneyland. Minnie and her friends wander around for photos while your kids dine on peanut butter pizza and Mickey shaped waffles. A fun although not too healthy start to the day!

Images by Megan Singleton and The Walt Disney Company