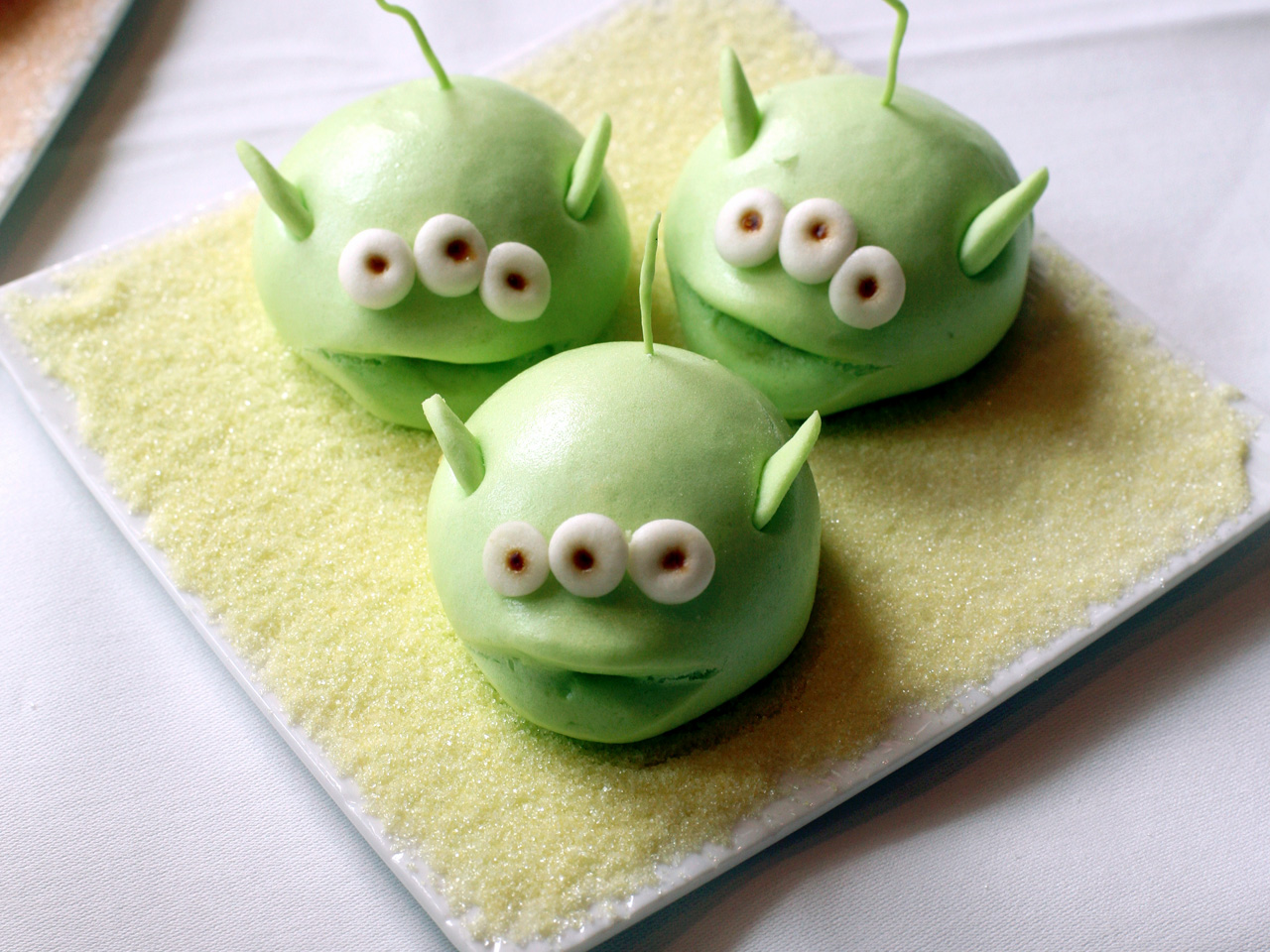 An alien, a chicken and a teddy bear walk into a bar … Ok, it’s a Chinese Restaurant and the punch line isn’t very funny. Chicken Little is about to lose his head. He’ll never know what’s coming. One minute, he’s sitting in a bamboo steamer basket, the next he’s lunch.

Where is this place where cute and cuddly characters are served up for supper? Disneyland of course. The character dim sum lunch at the Crystal Lotus Restaurant, one of several eateries inside Hong Kong Disneyland Hotel, takes dim sum to another level.

Don’t expect plain old pork buns and wonton soup. The Aliens are filled with pork and vegetable, Duffy the Disney bear’s insides are red bean paste and Chicken Little holds an eggy lotus seed custard that goes down a treat.

At 311 acres, Hong Kong Disneyland is the smallest Disney resort. Compared to Anaheim’s Walt Disney World Resort at a whopping 25000 acres, it’s tiny. But it makes up for its size in originality. Inside the park, Festival of Foods serves up almost too cute to eat Little Pigs BBQ pork buns and big bowls of noodle soup.

Forget hot dogs and french fries – Mickey Mouse shaped waffles, turkey drumsticks and rice on a stick are sold from street carts and the rolled up pizza slices in Toy Story Land seem to be hot property.

Hong Kong Disneyland doesn’t always stray too far from the pack – we clamber aboard the spinning tea cups, join the chorus for It’s a Small World and shoot through the stars on the Space Mountain roller coaster. 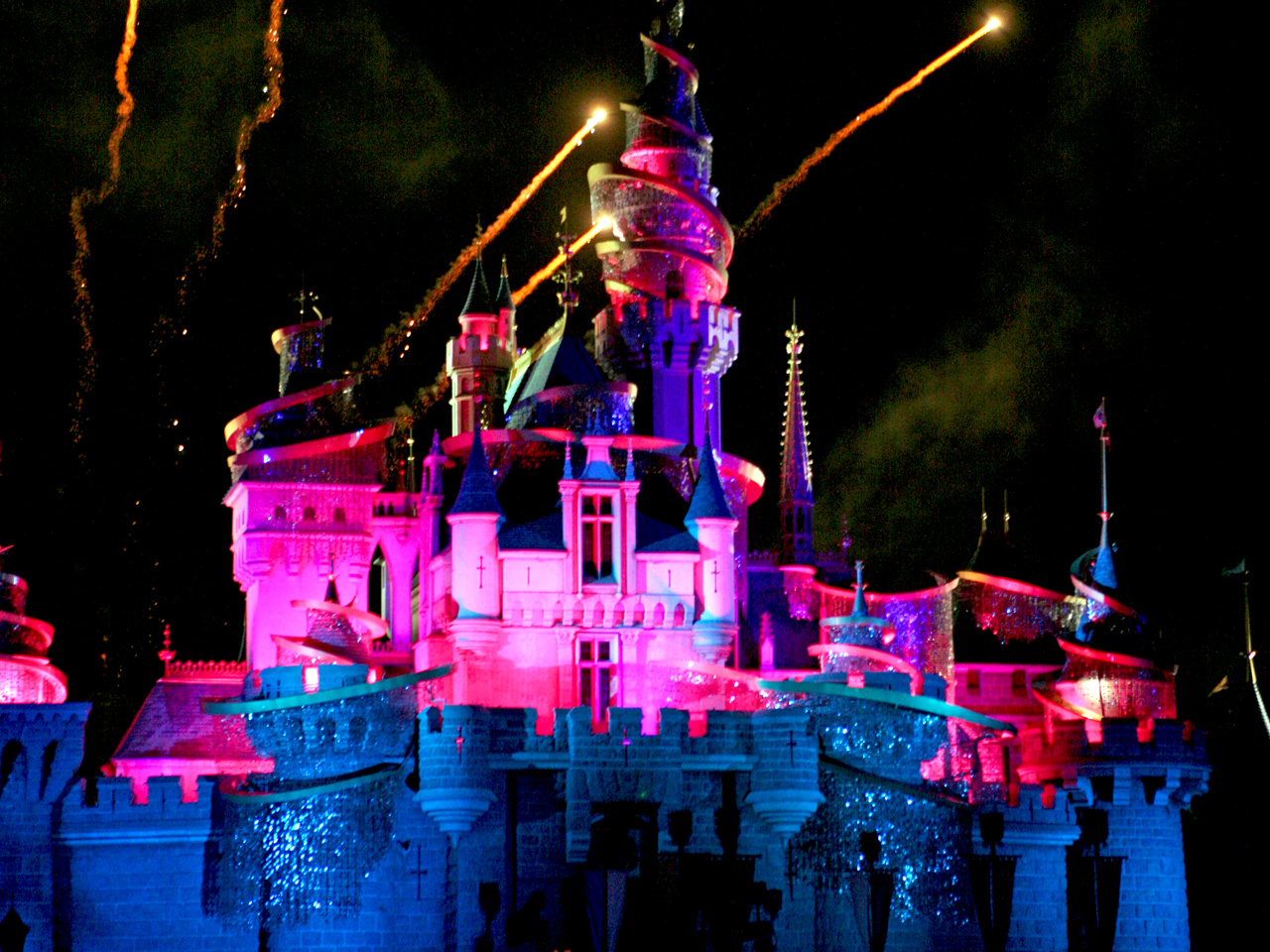 The resort’s small size is actually a boon if you’ve just got the day – you can easily make your way through a few of the rides in Tomorrowland, cruise over to Tarzan’s tree house in Adventureland and catch the parade on Main Street. The queues for some of the more popular lines can be long, so book your Disneyland Park Tickets online and arrive early.

If you’re not staying at the resort, the trip out to Disneyland on Lantau Island from the Hong Kong CBD is easy. Hop on the Tung Chung MTR train line to Sunny Bay. It’s the second last stop and you’ll change onto Disneyland’s very own line (you can’t miss the Mickey Mouse ears all over the platform). Most of Expedia’s Aussie travellers spend 3-4 days in Hong Kong, it’s a great stopover on the way to Europe and a trip to Disneyland is a break for the whole family from shopping, high rises and hotels. Check out the Expedia Hong Kong Travel Guide for more ideas on how to make the most of your stay.

Words and images by Lisa Perkovic

Next post The White Sand, Red Carpet Lifestyle in Miami