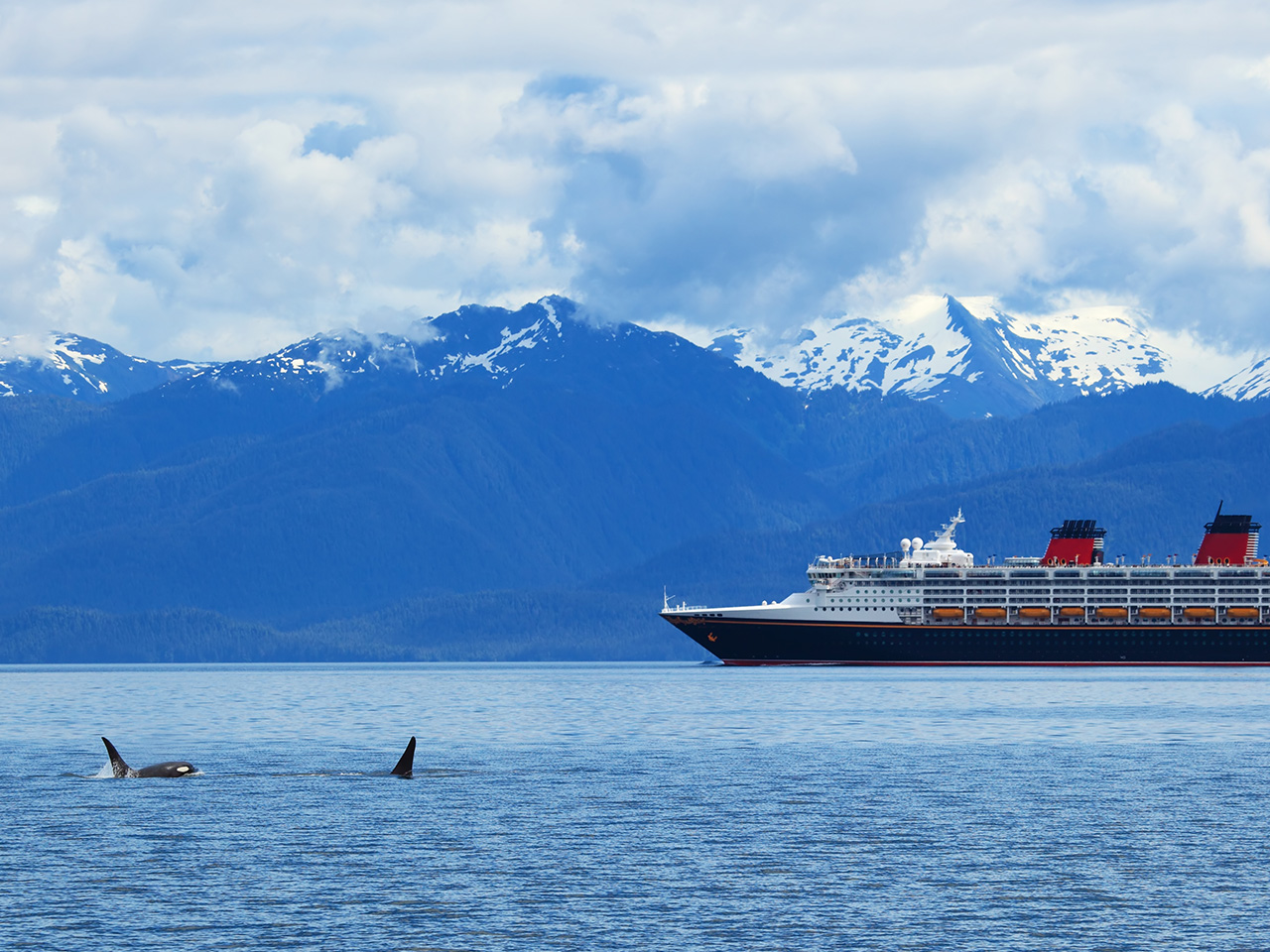 As our ship eased out of the docks, the excitement was palpable. From the hundreds of people sitting on the shoreline, to the local boats escorting us out to the big seas, this was a send off to remember. The jazz band blasted out a catchy tune that echoed off the teak deck, and champagne flowed freely.

The channel widened, our ship gave three honks and the majestic ocean liner effortlessly cut through the deep waters of the North Pacific Ocean.

An Alaskan cruise is one of the top three international cruise destinations for Australians. Cruises usually depart or end in Vancouver – Aussie travellers usually add on a land tour through the Rockies or take some time to explore Alaska’s Denali National Park.

Within minutes Vancouver became just a tiny black dot in the horizon. My little sister reminded me that we had a bottle of French Champagne and chocolate strawberries waiting for us in our suite, so with one last glance back the coast of Vancouver, we giggled and pushed through the festive crowd back to our room.

If an Alaskan cruise is on your bucket list, you’ll be happy to learn they’re not as expensive as people make them out to be. You can get some fantastic early bird specials and great last minute deals. Check out Expedia’s Cruises for more information. Booking a room with a balcony is a must, and if your budget doesn’t allow for that then take a little extra time to save money before going on your dream Alaskan Cruise. It will be worth the wait.

So much of an Alaskan cruise is about the scenery and having a balcony makes a big difference because you can pop outside whenever you want. 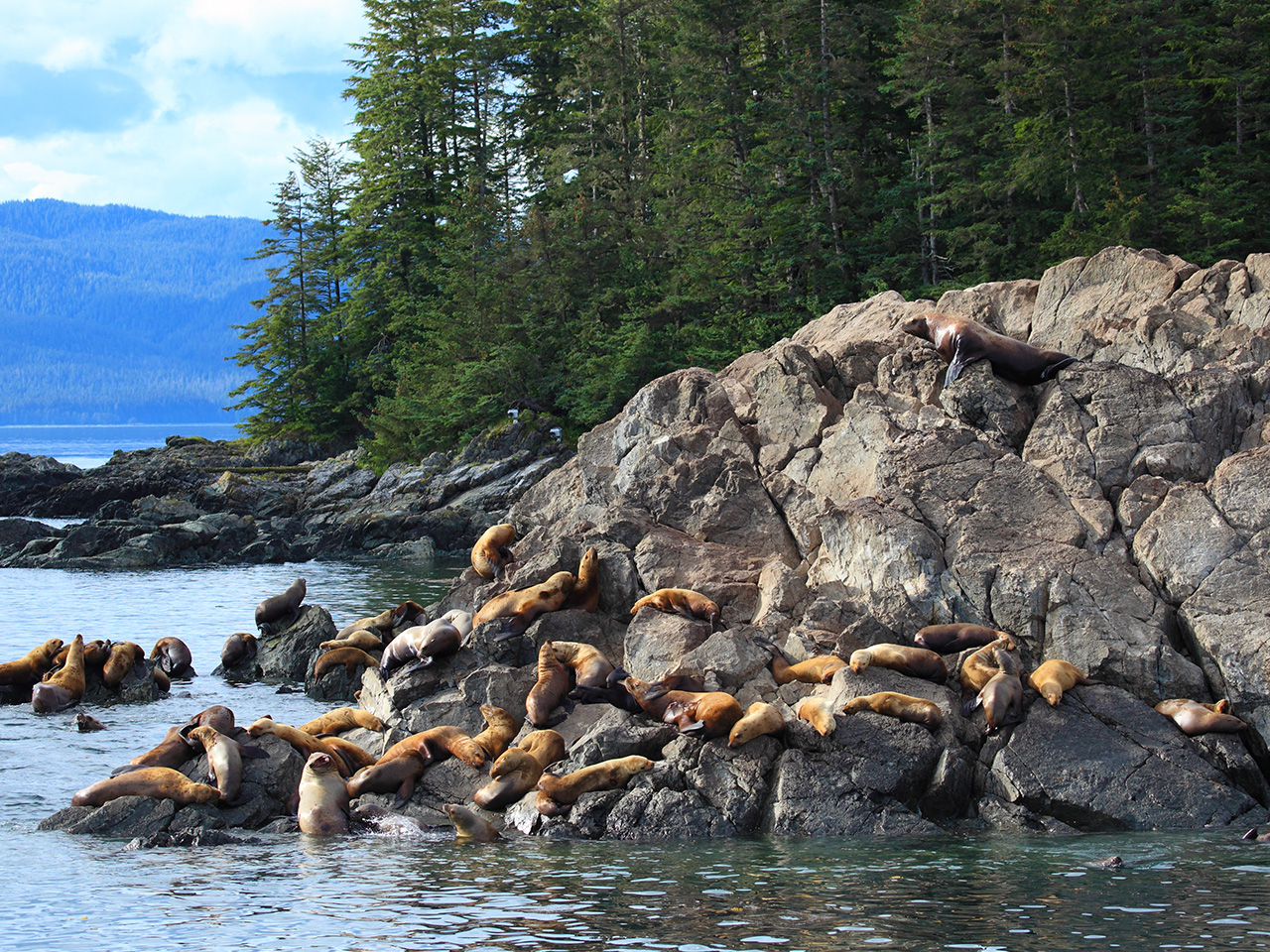 During the days at sea, there’s plenty to keep you occupied. After breakfast I played a game of bingo then sat in on a talk by Tom the on board naturalist who shared his knowledge on the Alaskan wildlife, landscape and local culture. I spent the afternoon exploring the ship where I stumbled upon the Japanese grill bar that cooked up the best Teriyaki salmon I’ve ever tasted. By late afternoon I grasped the cruising culture, free from the pressure of having to be somewhere or do something; I finally relaxed and enjoyed the meditative calm of the sea, admiring the slowly changing horizons and the ship’s steady, graceful pace.

We sailed into Icy Strait at 4.30pm. Not wasting a minute to dilly dally, we rented push bikes and went exploring. With so much scenery to look at we often swayed, wobbled and lost balance. Spotting a pod of killer whales, we pedalled fast to get to the shoreline and sat watching them play. With snow-capped mountains as our backdrop and a pair of bald eagles soaring above us, this was the epitome of the perfect Alaskan experience for me.

That night we ate dinner at the local crab shack where we chowed down on fresh salmon and chunky fries, washed down with a frosty Alaskan beer. At 9.30pm we reboarded our ship feeling full, content and ready for the next adventure.

One our third day, when I thought things couldn’t possibly get any more beautiful, we approached the Hubbard Glacier, which attracted the biggest turnout on deck since our departure from Vancouver. The ship’s engines stilled and all that could be heard was the gentle crackling of the melting ice as little chunks of the glacier floated past the ship. Every so often the silence would be disrupted with a thundering noise, known as calving, when the glacier would crack and tons of ice crashed into the sea. It was a brilliant show put on for us that day by Mother Nature.

Cruising the inside passage of Alaska is a palette of colours and natural beauty. The landscape is dramatic and theatrical – towering mountains, massive glaciers, arctic tundra and a maze of islands, inlets and fjords that stretch as far as the eye can see. Then there’s the diverse Alaskan wildlife, whales, eagles, bears, moose, seals and seabirds, which can be seen from your ship, in port or on a shore tour. 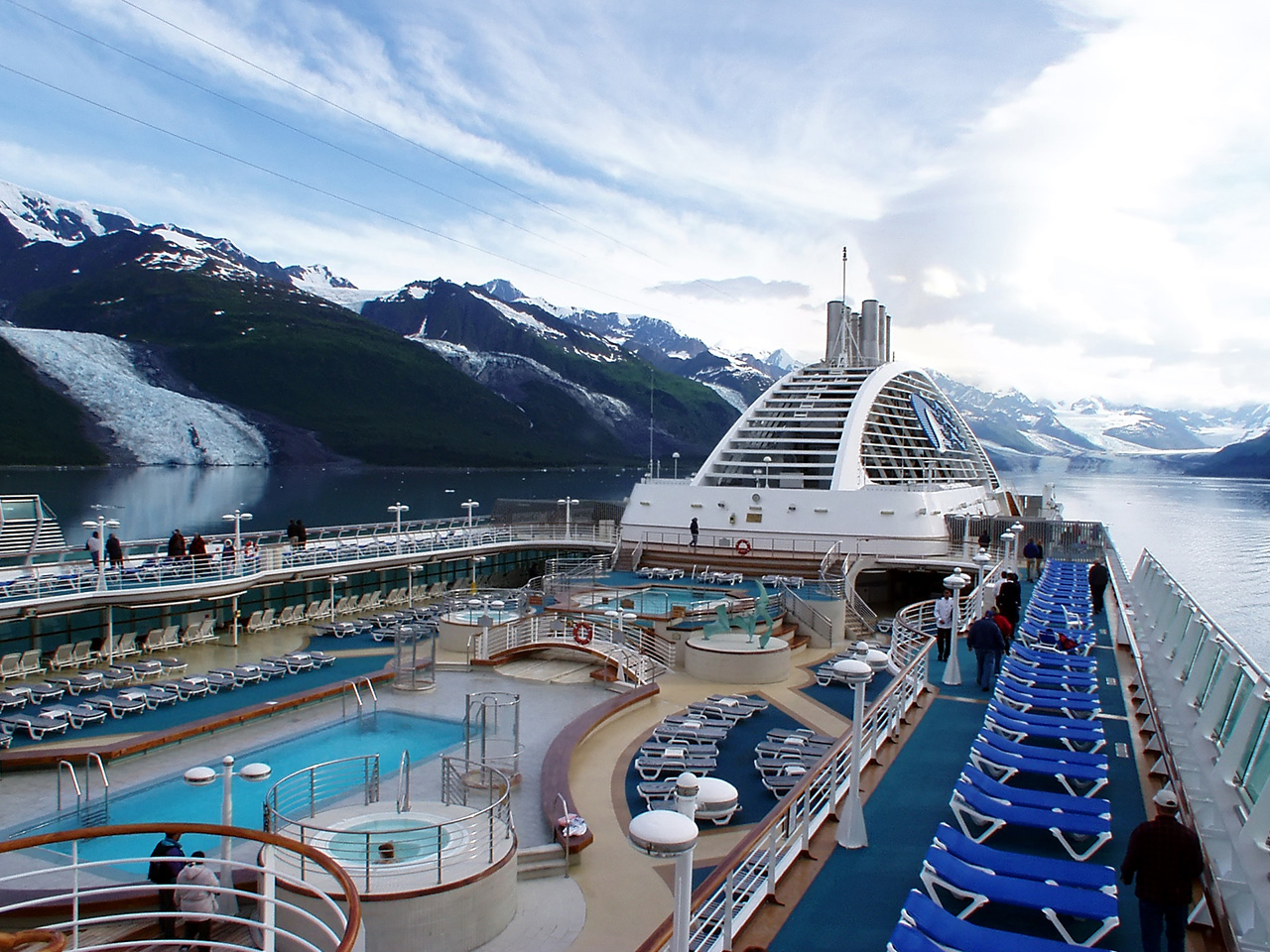 The next morning the ship docks at Juneau, a charming village with not much more than a jetty, crab shack and a handful of colourful wooden buildings. Juneau is an adventure lovers paradise, and first stop on our itinerary was Mendenhall Glacier. This is one impressive glacier, at about 900 metres wide with ice up to 550 metres deep; it’s mind-blowing to think that something this big can still move. After spending several hours at the glacier, the fun continued as we jumped on-board a boat in search of the majestic giants of the deep, the humpback whale. The calm waters of Juneau are brimming with krill and humpback whales come here to eat and play. Not only did we see the humpbacks, we also watched on as a pod of orcas frolick for food and a group of sea lions wrestling for the prime position on top a floating ocean buoy. What can I say, a truly impressive day.

Back on the open sea, we spent an entire day cruising on the vast blue before arriving back in Vancouver. Trying to comprehend and take in the natural beauty of the Alaskan wilderness had overwhelmed my senses and had left me slightly fatigued, so the spare day at sea was almost a relief.

As the sun rose on our final morning, we slowly drifted back into the port of Vancouver. Once again we were welcomed by the flotilla of local boats. Vancouver is one of my favourite cities in the world, yet what I had seen and experienced over the last seven days was now making one of the world’s most beautiful cities appear dull and uninviting. “Alaska gets into your blood,” they say. “One visit is never enough. You’ll always crave to return.” How true.