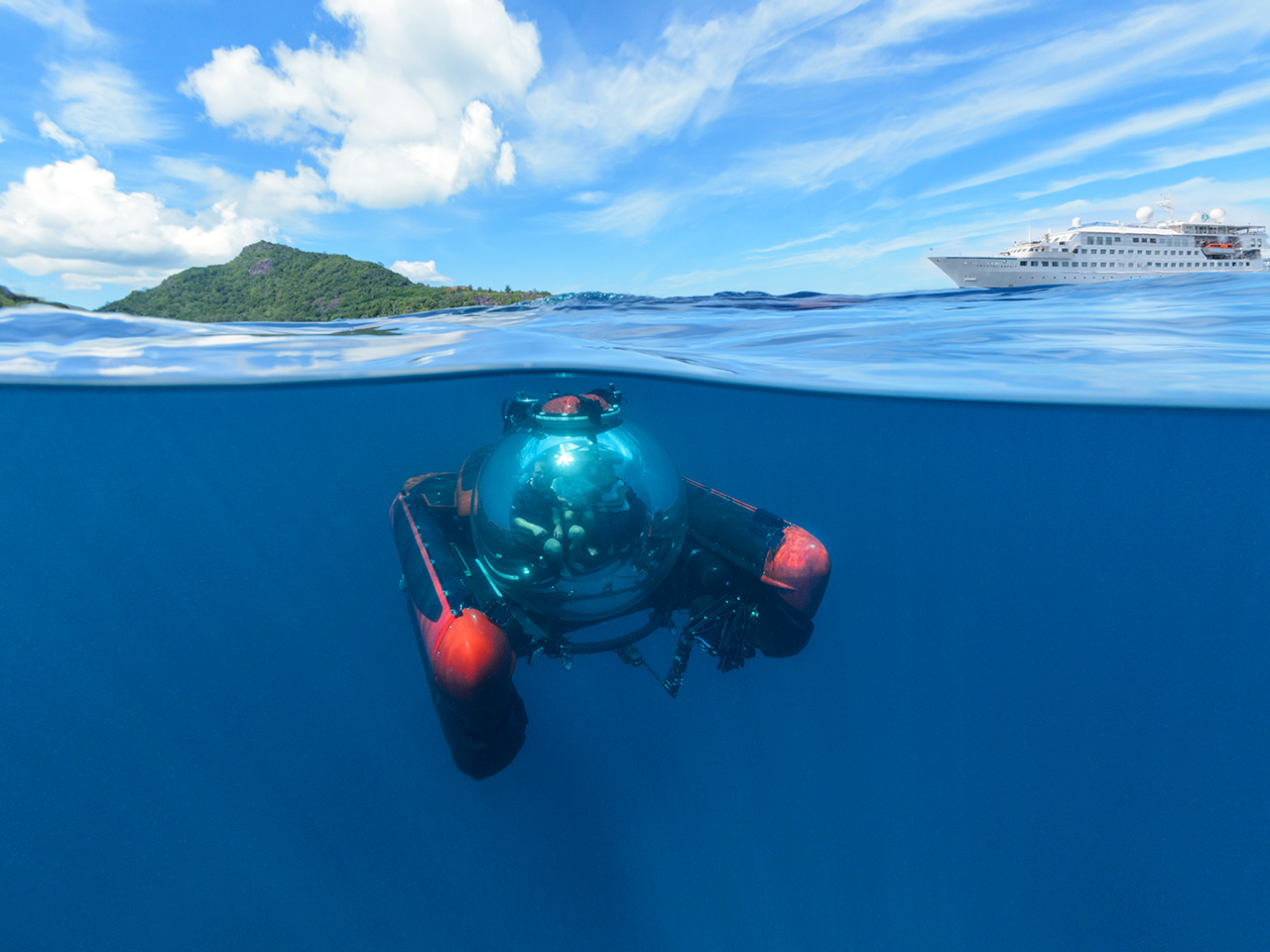 Gone are the days when all you expected on a cruise ship was a deck chair, cocktail hour and a sexy legs competition. These days sailing the high seas is a full on sensory overload. From skydiving to underwater cycling, Expedia has put together the coolest and quirkiest things you’ll find on a cruise so get ready to pack your sailing whites.

The future of cruising is submarines

Why just float on top of the Adriatic when you can cruise underneath it? The Crystal Esprit comes kitted out with its very own submarine – the $2 million submarine dives down to 300 metres and fits three people, including a pilot. Perfect for a fish eye view. The yacht is the first in the line’s Expedition class, and also has its own speedboat, jet skis and bikes on board.

Cycle while you cruise

Forget walk-a-mile, on the Carnival Vista you can get your laps of the deck by hopping into an open-air cycling pod. Pedaling around the two-lane bike track suspended high above the top deck is a great way to work out and get a bird’s eye view. Grab a buddy and set up your own high altitude race. 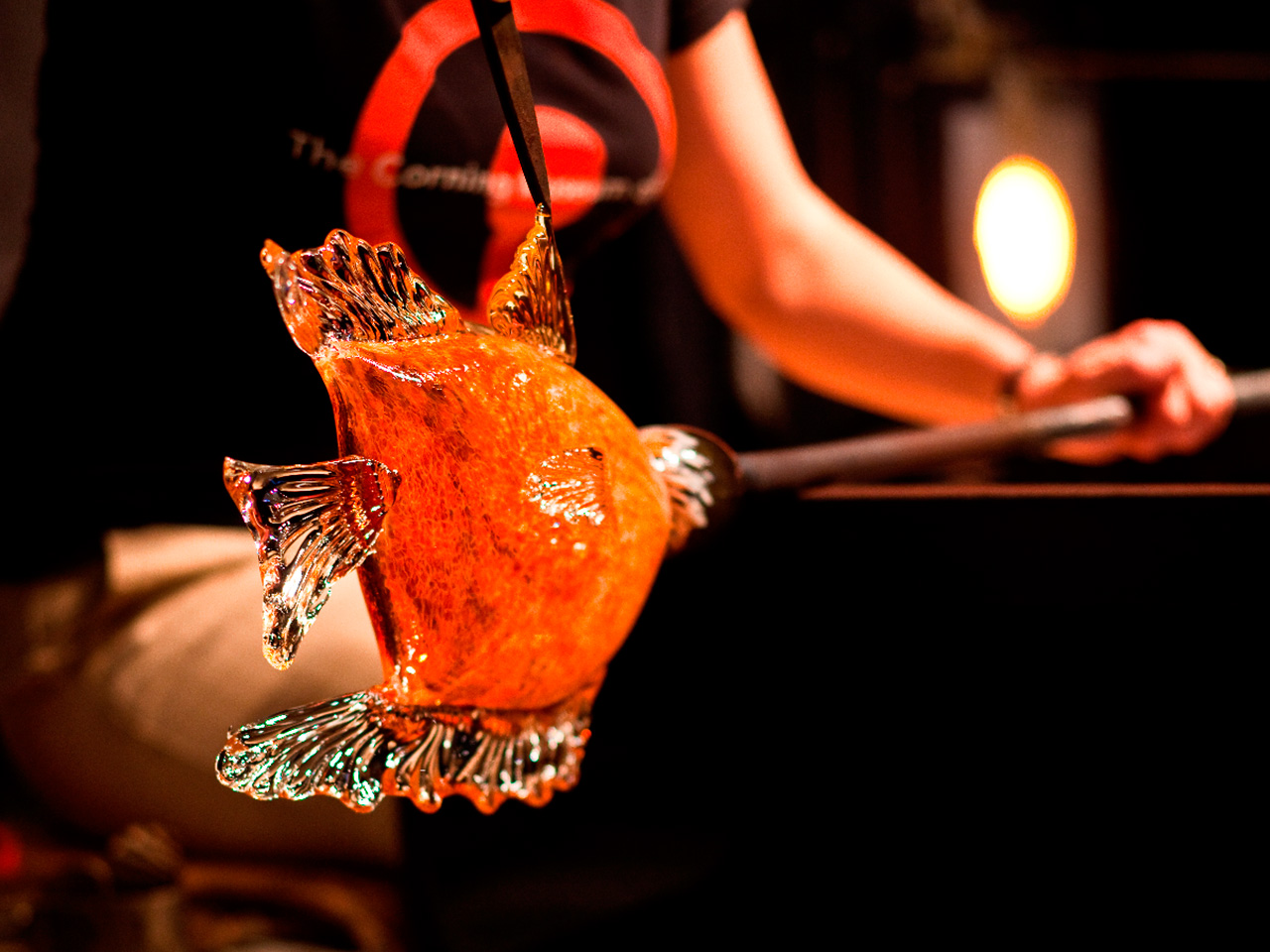 The Hot Glass show at Sea

Art galleries and exhibitions are common on cruise ships, but the Celebrity Solstice takes art appreciation to the next level with its own glass blowing studio. Located on the top deck, The Hot Glass Show studio runs demonstrations and workshops, and partners with The Corning Museum of Glass in New York State. 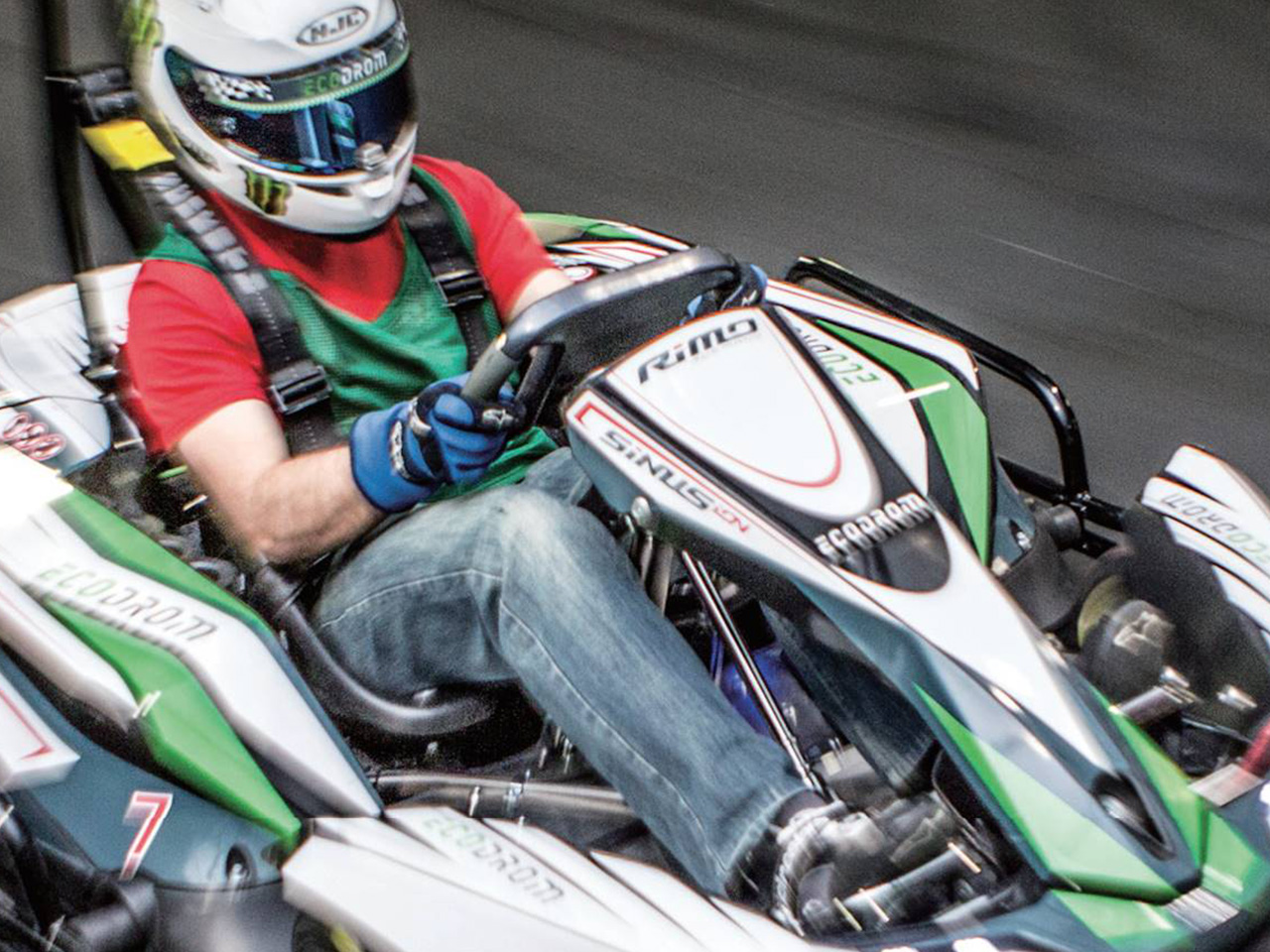 Go-Kart race on a boat

Along with 29 different places to eat, five water slides and laser tags, when it sets sail this May the Norwegian Joy will have its own open air Go Kart track. It will be the first racetrack at sea, sprawling across two levels of the ship. 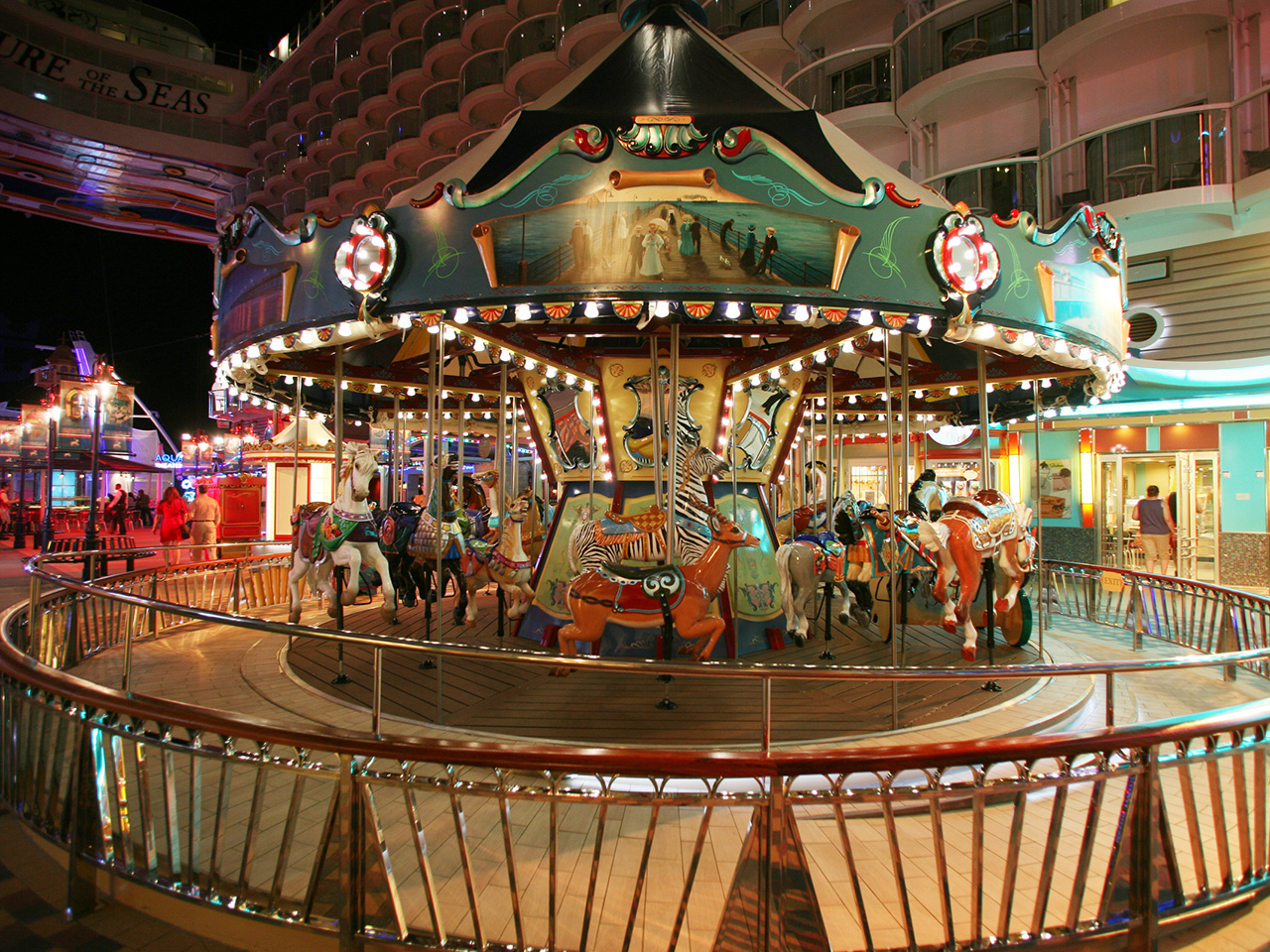 Merry go round on Allure of the Seas

The world’s largest cruise ship has plenty of space – so why not ferry around a full-sized merry-go-round? The handcrafted carousel aboard the Allure of the Seas is a work of art, with chariots, horses and even a zebra for kids (and adults) to ride. It sits on the Coney Island-style Boardwalk, along with clown games, hot dog stands and a free doughnut shop.

You don’t need to sacrifice your spin class when you’re aboard the MSC Divina, but you are on holiday so be ready to do things a bit differently. Aqua cycling is exactly as it sounds, a spin class held waist deep in water. That’s right, classes take place in the pool on an Aquabike by Hydrorider.

The Queen Mary 2 is the only ship to allow dogs aboard its transatlantic crossing, but don’t expect them to be slumming it. Following a $132 million renovation in 2016, the ship has extra kennels, a play area and owners’ lounge. There’s even a New York fire hydrant and a London lamppost for the dogs to feel more at home while they do their business.

The biggest ship to cruise down under, the Ovation arrived in December 2016 and has been blowing us all away with its bells and whistles. The back of the ship is where the real fun happens, with a Flowrider surf simulator but also a sky diving simulator. Ripcord by iFly allows you to soar in a wind tunnel, in a sensation similar to sky diving, without the necessity of jumping out of a plane.