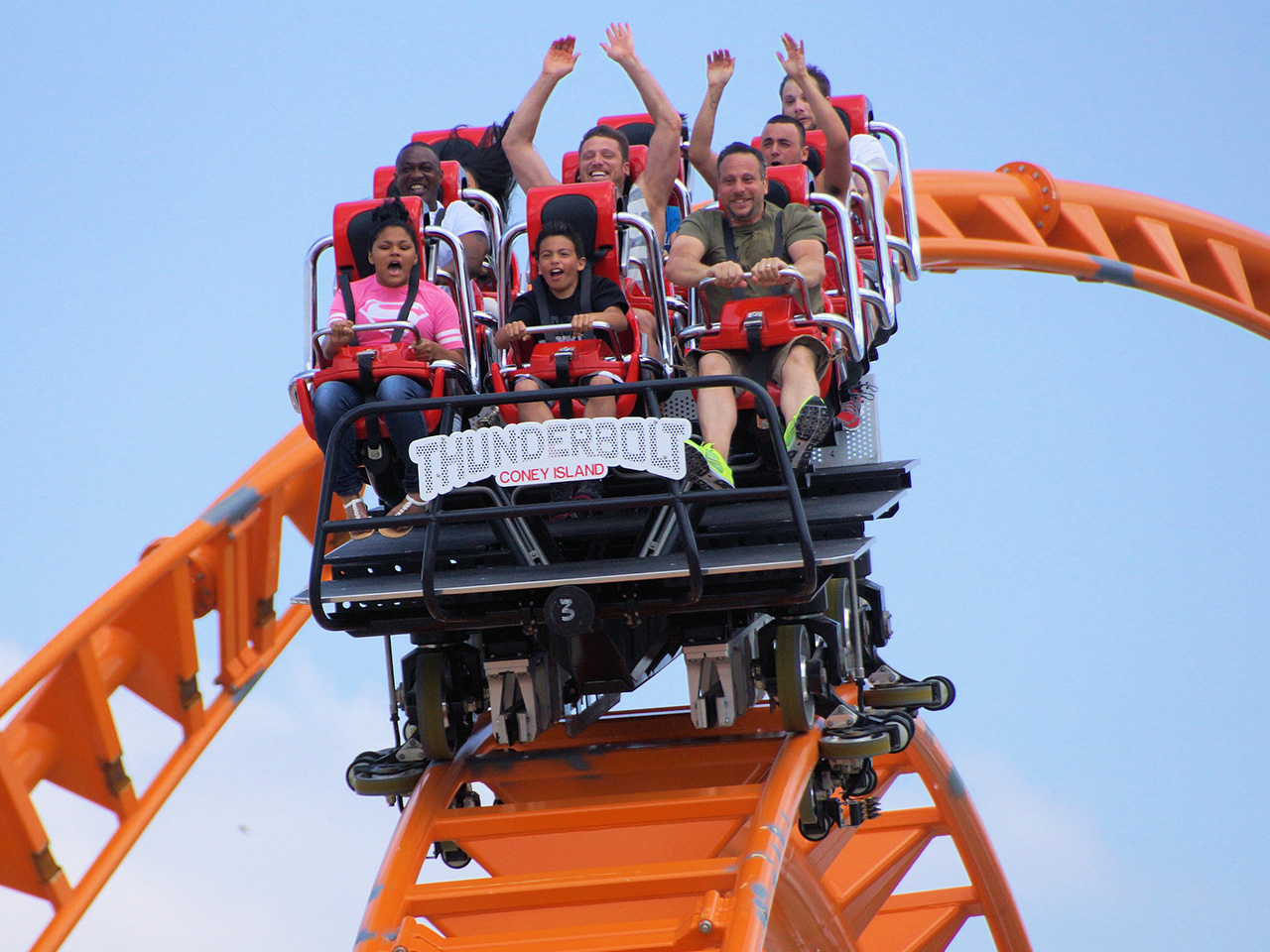 When people visit New York City, shopping, watching a show on Broadway, exploring Times Square and maybe checking out a basketball game are on their to do list. But there’s now a new attraction at one of the city’s oldest venues. And it’s drawing the crowds. This is an experience that wouldn’t normally be high on the Big Apple to do list, but trust me, it should be.

Since 1903, Coney Island has been home to the roller-coaster at Luna Park. Back in those days, Luna Park was one of the very first amusement parks in the world. Expedia’s Aussie travellers tend to spend 5-6 nights in New York – that’s plenty of time to pop over to the southern edge of Brooklyn to visit Coney Island.

“Thunderbolt” is Luna Park’s latest attraction, featuring a slow reclined ascend to the top of the ride, before a horrifying 90 degree vertical drop, propelling you through a total 360 degree loop and zero gravity roll, along with petrifying dives, and a hair raising corkscrew. With over 600 metres of track reaching top speeds of over 100km/hr, it’s two minutes of your holiday that you might need a little bit of time to recover from.

This new adrenalin-pumping ride really shows off Luna Park – a venue that continues to reinvent itself, and will keep terrifying and delighting visitors to the city.

Want to see what the Thunderbolt is really like? Go for a ride as I take on Coney Island’s newest roller-coaster in this hair raising video.