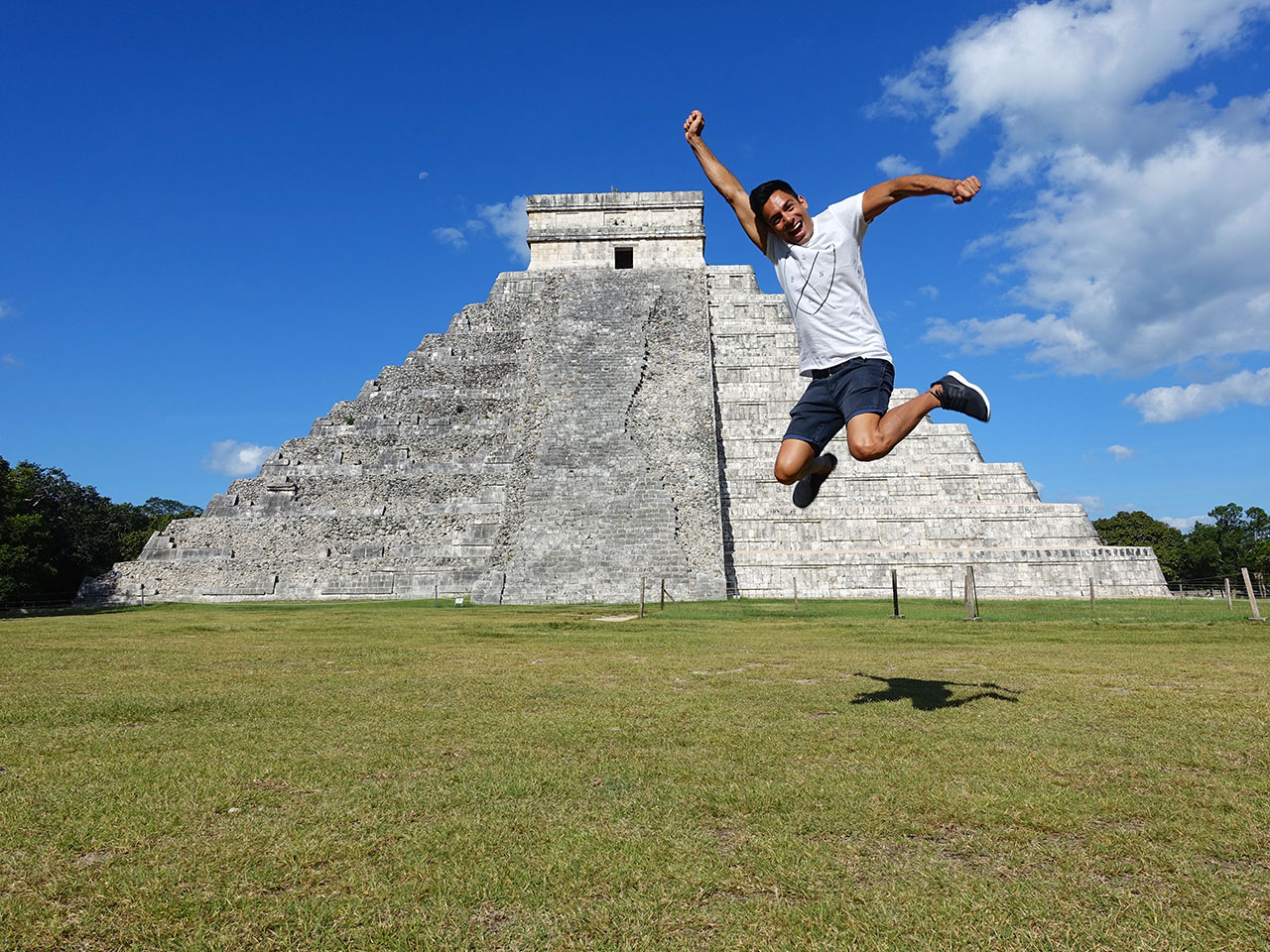 Visitors to Cancun might not be aware of the incredible history that sits right by their party beaches and night clubs. The Mayan culture pulses through the veins of the region, and is deserving of a day trip inland to some of the most spectacular historical sites you’ll ever see.

We hopped on a day tour with Best Day Tours to explore Chichen Itza, located in the municipality of Tinum, in the Mexican state of Yucatán. A shuttle bus collected us from our hotel, and we took about a two hour drive inland, to one of the most incredible archaeological sites in the world, visited by approximately 1.2 million visitors each year.

The site of numerous ancient Mayan ruins, Chichen Itza was recently named one of the new Seven Wonders of the World. The location comes straight out of ancient history textbooks, with its centerpiece, the Kukulkan Pyramid standing at almost 25 metres tall. It’s a truly breathtaking sight – not only for its size, but also for how close you’re able to get to it, and the immaculate condition it’s in. For me, it was a view I’d seen countless times in travel photos and history documentaries, and to be walking through such significant history was amazing.

Your tour guide provides commentary on the entire site, explaining the significance of the various temples, structures and locations. The Thousand Pillars, which in ancient times hosted the local markets, are littered around the grounds, somewhat ironically between local vendors selling authentic arts and crafts of the region. There are countless sacred and sacrificial sites through the area, all with equally impressive stories to match. A highlight for me was the Ball Court, an open arena space that once hosted a battle to the death in front of an elevated audience. The space is lined with stone carvings depicting the bloody scenes that took place.

You can easily spend hours in Chichen Itza, walking around, exploring and photographing the various ruins, listening to stories of Mayan culture and tradition, and bargaining with the local vendors. It’s a site that really shows how much has yet to be discovered and understood of this mystical, ancient land.

After a lunch at a traditional Mexican restaurant, it was just a 5 minute drive to another historic Mayan site, Cenote Ik Kil. A cenote is a natural sinkhole, usually open to the sky, that’s formed by the collapsing of a cave. Cenotes were sacred to the Mayans, and were sacrificial sites where people were thrown from above into the waters below, as a sacrifice to the gods in an attempt to secure rains and future prosperity for the region.

Cenote Ik Kil is a spectacular landform now frequented by tourists looking to cool off from the Mexican heat. An open hole in the ground drops approximately 30 meters below to crystal blue waters, surrounded by cliff face, vines and waterfalls. A carved stairway leads you to a swimming platform where you can jump into this astonishing oasis, which is over 40 metres deep. The temperature of the water is perfect for a warm summer’s day.

For the adventurous, diving platforms of various heights allow for leaps into these awe inspiring waters. Black catfish swim alongside the tourists and are unphased by their visitors. It’s a moment that you’ll be hard pressed to recreate anywhere in the world. The combination of mystical ancient Mayan history and the beauty of the Mexican landscape create a unique and unforgettable memory of Mexico.

Next post Listopedia: New Year Festivals around the World