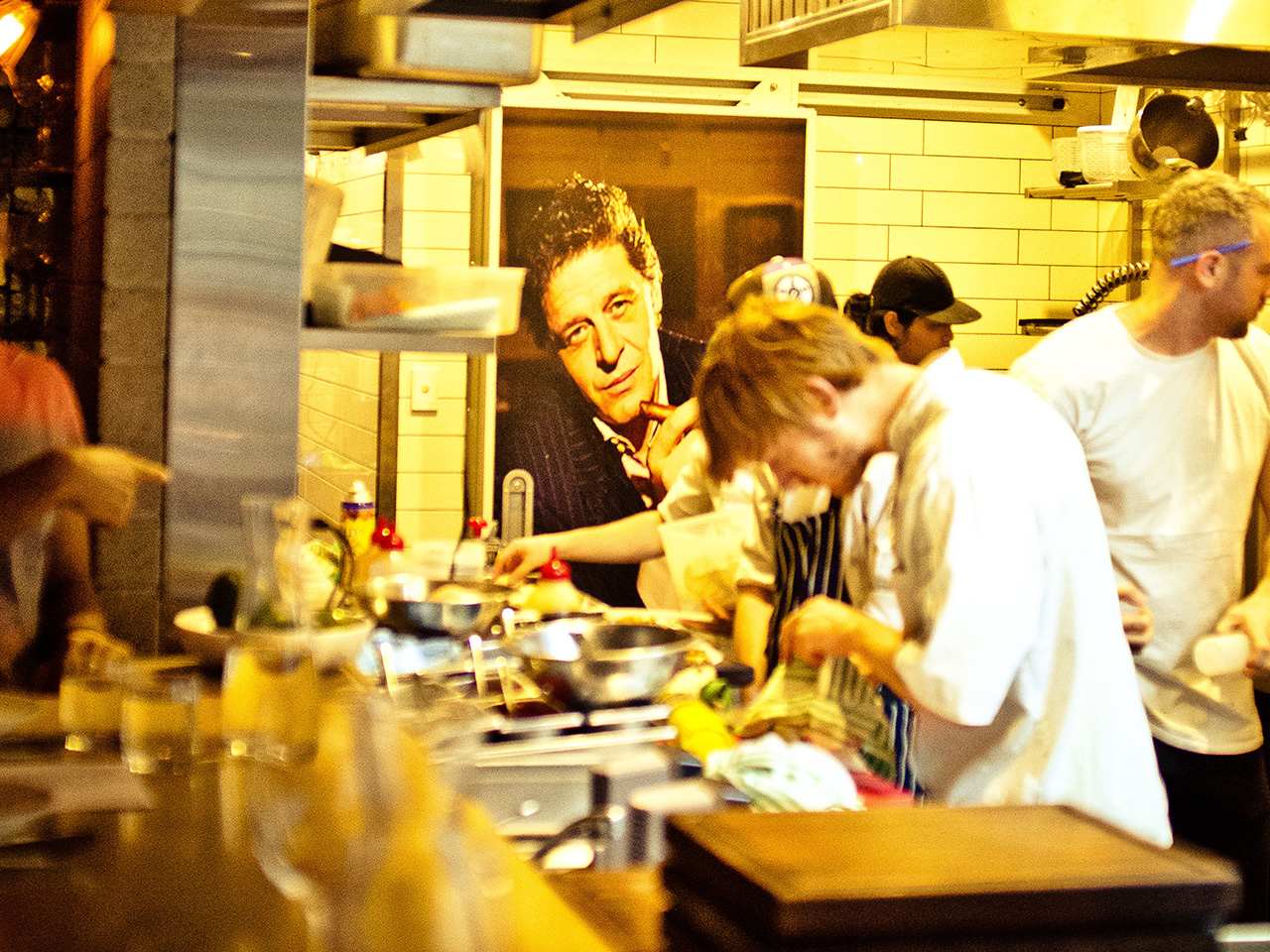 It’s the seat of the country’s government and the capital of Australia, but this compact city often gets overlooked in favour its bigger, brighter and bolder neighbours.

Canberra has been working hard to shrug off some of the more unfortunate stereotypes attached to it, and is now home to a burgeoning food and drink scene. Expedia’s Aussie travellers tend to visit for 1-2 nights and that’s plenty of time to check out a few local hot spots. Our advice? Get there now before the rest of the world wakes up to the bush capital’s considerable charms.

It’s not all politics

Diplomats, government officials and public servants. It’s true – many of the city’s 380,00 inhabitants have political leanings, and while talk of laws and legislation might not be your idea of fun, that doesn’t mean Canberrans don’t want somewhere great to eat and drink at the end of the day. And that’s where a new generation of enthusiastic restaurateurs come in.

EightySix in Braddon has no menu – just a handful of dishes written up on the chalkboard wall – and has earned a reputation for its service with a side of attitude, thanks to feisty front of house manager and co-owner Sean Royle. Luckily, the rough and ready approach can be forgiven when you taste chef Gus Armstrong’s food. Named the hottest restaurant in the ACT by the Weekend Australian, EightSix’s insanely good popcorn sundae dessert also recently graced the cover of Gourmet Traveller. With a larger-than-life photo of chef Marco Pierre White looming over proceedings in the kitchen, don’t be surprised to hear the odd swear word emanating from behind the pass.

Canberrans can have fun

Looking at a map of the city, you’d be forgiven for thinking this city is all landmarks and history lessons (and a surprisingly high amount of roundabouts). Yes, purpose-built Canberra is home to heaps of museums and galleries – not to mention the 81-metre flagpole of Parliament House and the imposing Australian War Memorial, but that doesn’t mean it’s all learning and no fun. From interactive exhibits at the National Museum Australia and a who’s who of Aussies past and present at the National Portrait Gallery, to the walk on the wild side offered at the National Dinosaur Museum, there’s something for everyone. And when you’re done getting your cultural fix, you can kick back with a beer and a burger at Brodburger. Located next to Canberra Glassworks, this all-day diner serves flame-grilled patties and baskets of fries, and started life as a pop-up caravan. You see? Utterly unpretentious. 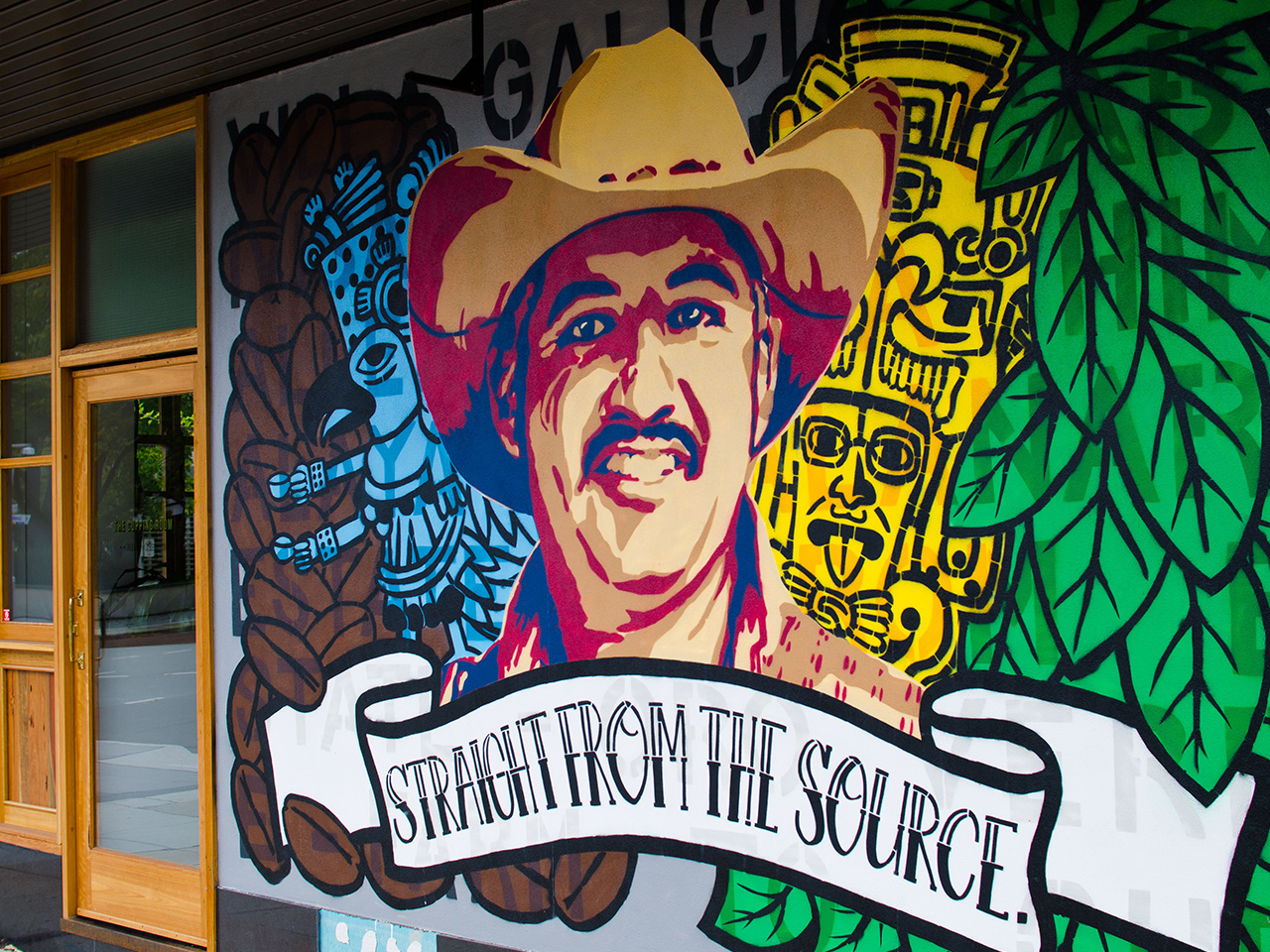 Yes, there is good coffee

It’s a common misconception that Canberra has no good coffee. Local favourite Lonsdale St Roasters has enjoyed so much success, it recently opened a second outlet just a few doors down. With queues regularly stretching down the road, it serves the same freshly roasted beans as its predecessor and has an always-growing food menu. If you still aren’t convinced that Canberra can rival Melbourne in the cool stakes, head to nearby Lonsdale Street Traders ¬after brunch. This, dare we say it, thoroughly hipster precinct of boutique shops occupying an old tyre warehouse is the perfect place to while away a lazy weekend morning.

Expect pretty Japanese homewares at Shiro, a lesson in flower arranging at florist Moxom+ Witney, and must-have designer clothes and accessories at BOX. If you crave more shopping and you’re in town on a Sunday, head to the Old Bus Depot Markets, home to hundreds of stalls selling crafts and produce.

One more tip – no Canberra coffee experience is complete without a trip to The Cupping Room on University Avenue, where their regular tasting sessions allow customers to sip and slurp a variety of beans from around the world.

We have news for you – Canberra is quickly catching up with the speakeasy trend and Prohibition era-inspired bars are starting to pop up in secret locations around the city.

Perhaps the hardest to find is Molly, which doesn’t even list an address on its website and, instead, would-be gangsters and glamour girls are presented with a series of map coordinates. If you do manage to make it to this dimly lit cellar bar, expect to find classic cocktails accompanied by charcuterie and cheeses.

For an easier-to-find 1920s vibe, make for Lucky’s in the very newly opened QT Canberra. Taking up residence in an iconic building on London Circuit, this plush addition to the city’s accommodation scene takes a tongue-in-cheek approach to the world of politics with ballot-box style room numbers, kaleidoscopic Kevin Rudd wallpaper in the reception area and pop art depictions of world leaders in the bar. The restaurant Capitol Bar & Grill has an Italian leaning thanks to acclaimed creative director Robert Marchetti.

There’s a mouthwatering antipasti selection with huge wheels of parmigiano-reggiano and legs of ham ready to be sliced, as well as some great steaks that only get better with the addition of a side of ever-so naughty truffled mac and cheese. As if that wasn’t decadent enough, a doughnut dessert sees diners ‘inject’ the jam and vanilla custard fillings themselves. For more DIY fun, head to your room where all the ingredients you need to make an Old Fashioned cocktail await. 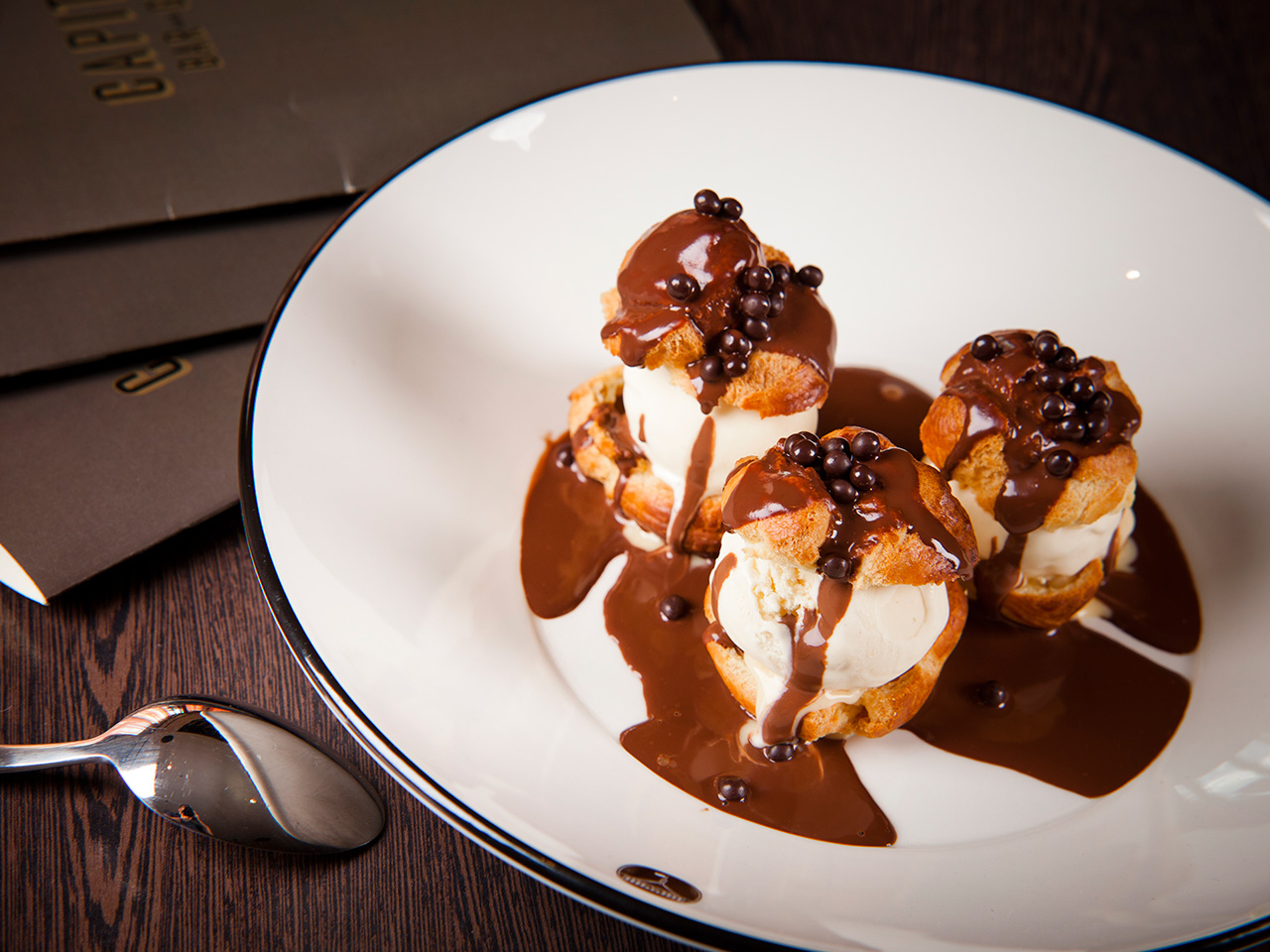 Halfway between Sydney and Melbourne

With 33 wineries within a 35-minute drive of the CBD, there are heaps of great daytrip destinations on your doorstep. Four Winds Vineyard in Murrumbateman not only pours a delicious drop – they took out the trophy for the best Riesling at the NSW Small Winemakers Awards in 2013 – on weekends they also serve wood-fired pizzas from their garden oven. Just down the road is Jeir Creek Wines – a pretty spot to pull up a chair and linger over a sparkling white or red – pair their sparkling shiraz with one of their locally sourced cheeseboards. If you prefer to get among the scenery, put down your glass and explore the cycle paths and walking trails that crisscross the region.

Year round Canberra hosts a range of events and festivals – this winter The Truffle Festival will take place. The annual celebration of all things truffle takes place from 21st June until late August and will include Masterclasses with MasterChefs, truffle education and cooking classes, walks and plenty of special lunches and dinners where you’ll have the opportunity to try out the truffle.

If you’re heading to Captiol Bar & Grill, you mind as well checkin to QT Canberra. The hotel’s rooms are just as stylish as the dining and drinking areas. Hotel Hotel is another award-winning, relatively new property. Expedia’s Aussie travellers are also fans of the Pavilion on Northbourne and the Clifton Suites on Northbourne, which both have apartments and family suites.