Backstage in the magical world of Harry Potter | Expedia.com.au

Behind the Scenes: The magical world of Harry Potter 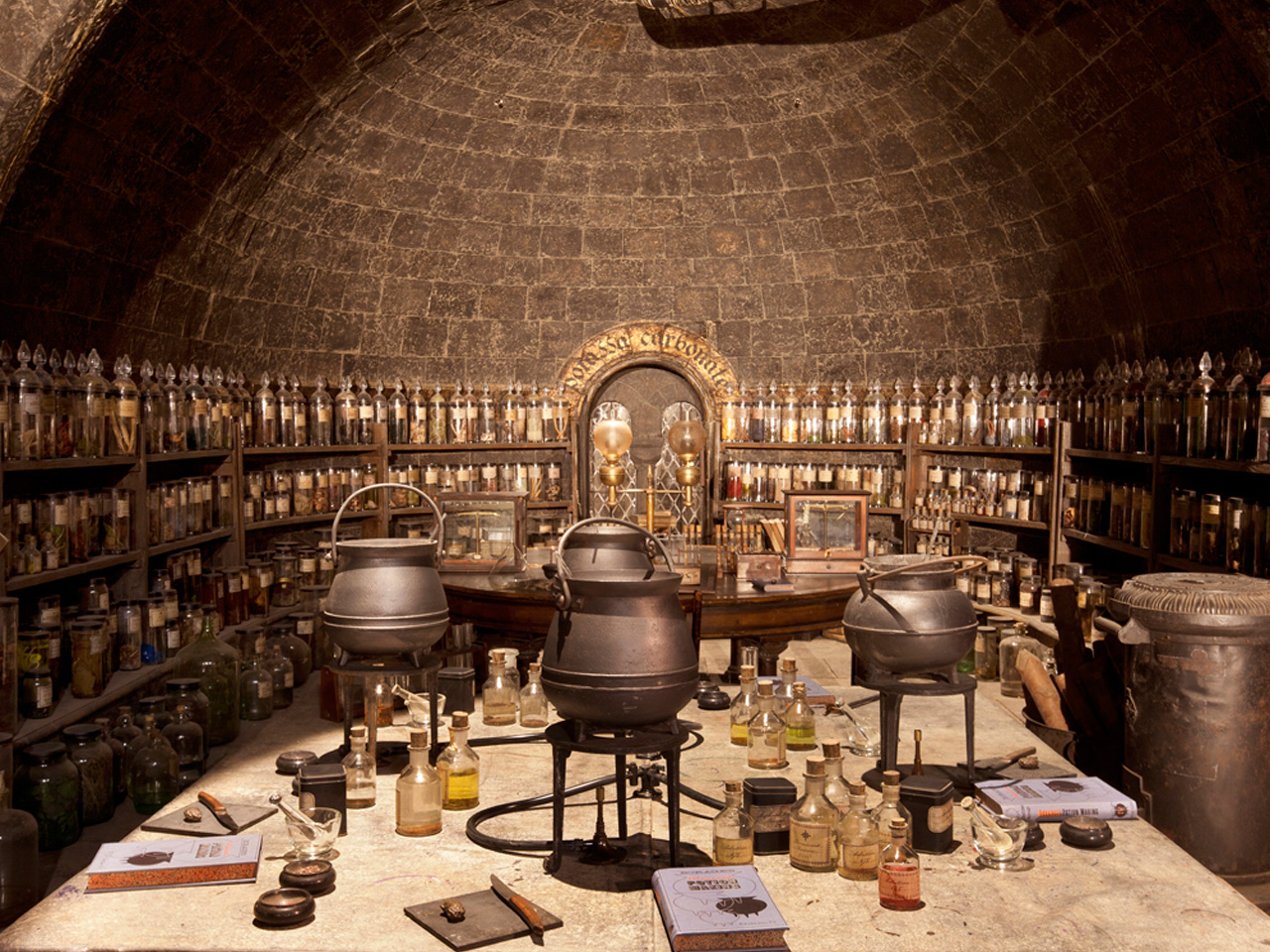 All is quiet on Platform 9 ¾. Trains pull into Kings Cross Station every minute but the Hogwarts Express isn’t running today.

What are wannabe wizards to do? You won’t find them at Kings Cross – they’re all waiting at Euston Station, where trains run every few minutes to Watford Junction. Spilling out onto a high street that looks like any other outside of London, we walk over to an ordinary bus stop, but the double decker bus that pulls up is definitely different.

The black double-decker unloads wand-carrying, wizard hat-wearing passengers. This is the Warner Bros version of the Knight Bus – Harry Potter’s late night transport in the Prisoner of Azkaban, the Order of the Phoenix and the Deathly Hallows. Ok, it’s not the one from the movies. More on that later.

Every day the bus ferries hundreds of muggles to the Warner Brothers Studio Tour: The Making of Harry Potter.

On board the commentary gives us more insight into the world of Harry Potter than the cookie cutter streets of Watford – any one of them could be Privet Drive. When the bus stops, we’re definitely somewhere different.

This is where the magic happened: for 10 long years the Warner Brothers Studios in Leavesden was the base for much of the filming of the Harry Potter movies and is now open to the public.

Allotted in 15 minute time slots, tickets sell out weeks in advance. In summer last year you had just as much chance of scoring a seat at the Olympics. If you miss your timeslot, you might miss out altogether. London is still one of the most popular European destinations for Expedia’s Aussie Travellers. It’s busy year round, but particularly in summer. So get your act together early and book now. 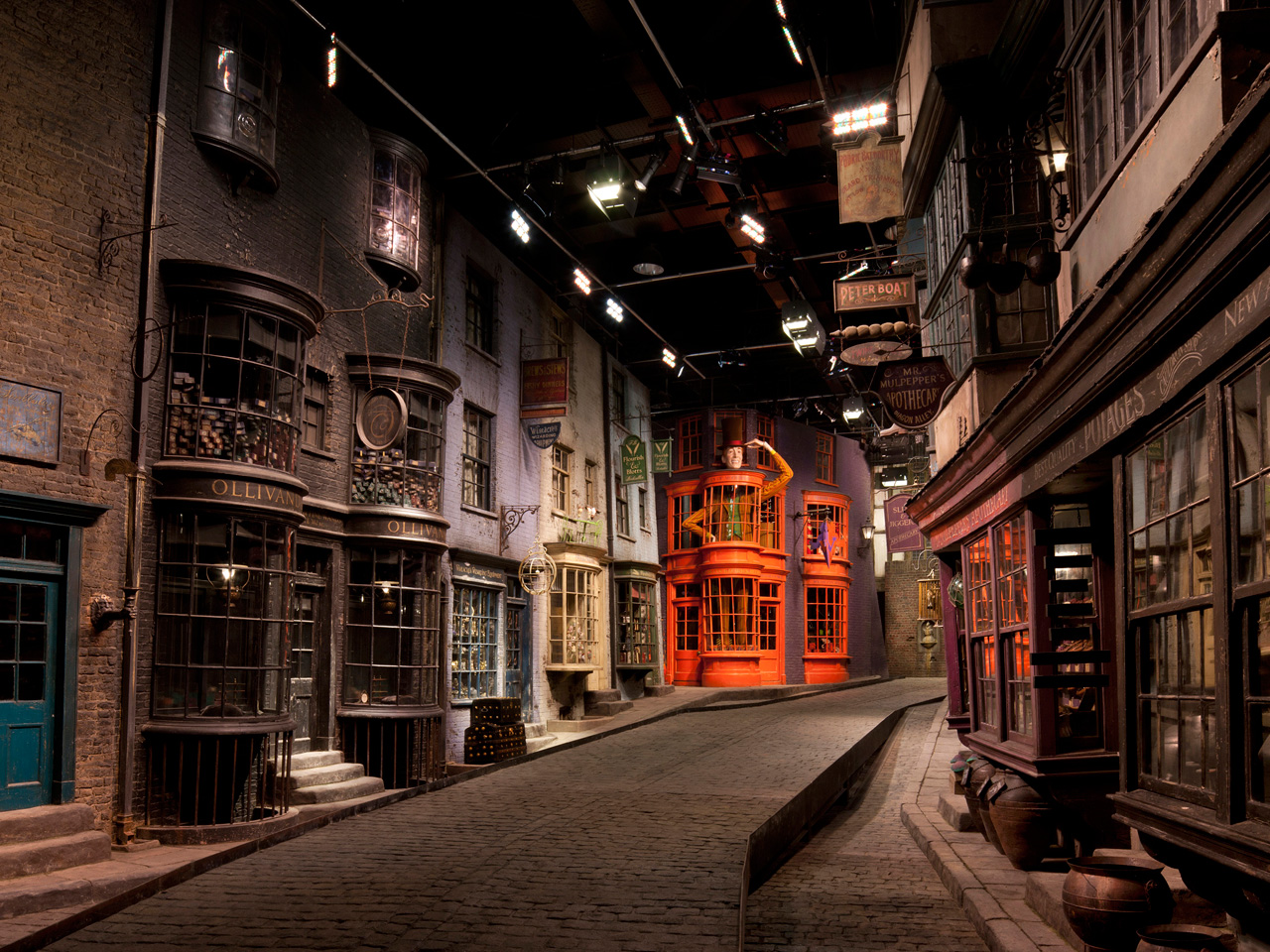 Mr Weasley’s flying car is suspended high above as we wait to enter the magical world of wizardry. We walk past Harry’s bite sized cupboard under the stairs, watch a “making of montage” and hold our breath as nifty holograms of the three stars – Daniel Radcliffe, aka Harry, Rupert Grint, Ron, and Emma Watson, Hermione Granger – push open the doors to Hogwarts Castle.

Warner Brother certainly knows how to make an entrance. The Great Hall is a masterpiece – yes there’s only two long tables, not four, but each is laid with fantastical objects. Water jugs with boar heads for spouts, salt and pepper shakers shaped like bats. This is just the beginning.

Inside the back lot there’s hundreds of glass specimen bottles lining the walls of Snape’s Potion Dungeon, gravity-defying desserts from the Yuletide feast, piles of knick knacks from the Burrow. Wigs, warlocks, wands and more wands. A treasure trove of movie magic making.

Over three hours we unlock the secrets to broomstick flight, find out how the giant spiders crawl on screen and marvel at the magic of goblin costume design. We get our sugar fix with a foamy butterbeer – think a super sweet ginger beer spider, complete with foamy soft serve ice cream on top – and meet up with the real Knight Bus. 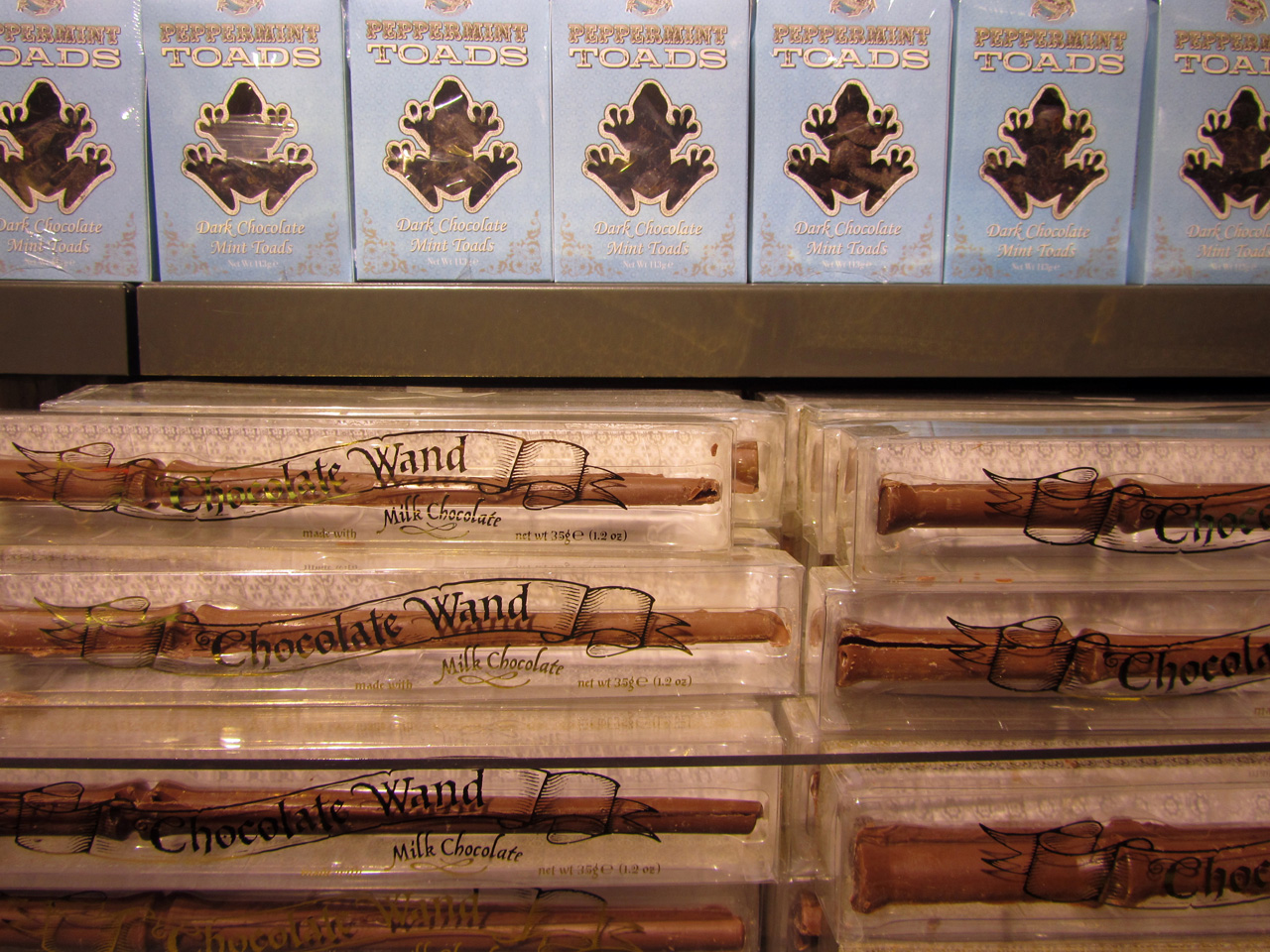 The piece de resistance is Hogwarts Castle. A 1:24 scale model, it’s an engineering marvel let alone an example of moving making magic. We walk around the entire castle gobsmacked. From every angle there’s something new to see – the tiny bridge where Neville Longbottom bravely fights, Hagrid’s cabin, even the lake.

But Warner Brothers saves the best for last – Diagon’s Alley is perfectly to scale. We walk along cobblestones, peering into Ollivander’s Wand Shop, wishing we could reach a hand into Weasleys’ Wizard Wheezes window.

It’s ok – the tour ends in a souvenir store to end all souvenir stores. We stuff our baskets with chocolate frogs and licorice mice. There’s walls of wands to choose from, robes in every size and house colour, Bertie Bott’s Every Flavour Beans, toy owls, golden snitches, ball gowns, goblets and more. It looks like we’ll be taking a little magic home with us.

Not enough? You can always book on Harry Potter’s London Walk, visiting film and book locations in the city.