5 Bangkok restaurants you need to eat at

Constantly evolving and reinventing itself, Bangkok is the Asian city that really never sleeps. Thankfully, a new mix of on-trend cafes, restaurants and bars are keeping locals and visitors fed and watered no matter what time of day or night. Here’s where the hip crowd are hanging out in the Thai capital.

Transporting diners to the 1920s, this elegant Parisian brasserie is the latest – and much anticipated – addition to the popular Water Library family. With exterior flourishes that resemble the Eiffel Tower, and a sumptuous red-and-gold interior, this restaurant encourages decadence – might we suggest a few glass of French champagne? The evening a la carte menu has won a loyal following, thanks to flawlessly executed classic dishes, think duck confit and beef tartare, but it’s the brunch menu’s comfort food that really has people talking. Drag yourself out of bed and tuck into a guaranteed hangover cure in the form of sweet-savoury French toast and eggs Benedict with lashings of creamy hollandaise sauce. Level 5, Central Embassy, 1031 Ploenchit Road

The husband and wife team who introduced Southern American low-and-slow grilled meats to the good people of Chengdu back in 2011 with the Lazy Pug have now brought their signature smoky flavours and sultry blues soundtrack to Sala Daeng. You only have to take a look at the rooftop barbecues at Smokin’ Pug to see these guys know their craft. Wash down buffalo wings, spare ribs and pulled pork sandwiches with US-sourced craft beers, and keep an eye out for live music performances. 88 Surawong Road

The breathtaking creation of Thai architect Khun Duangrit Bannag, culture vultures and food fanatics have been flocking to this converted warehouse in droves, which now comprises an art gallery, furniture showroom, bookstore and The Never Ending Summer – a delicious Thai restaurant set in the building’s industrial loft-style space. Take a ferry to the Thonburi side of Chao Phraya River and you’ll be rewarded with some seriously stylish surrounds – think exposed brick walls, soaring wooden-beamed ceilings and various light-flooded seating spaces – not to mention spectacular sunset views, too. Order a modern take on traditional dishes from the open kitchen, such as moo sarong (pork stuffed with salted egg and wrapped in egg noodles), and settle in for the evening. 41/1-5 Charoen Nakorn Road 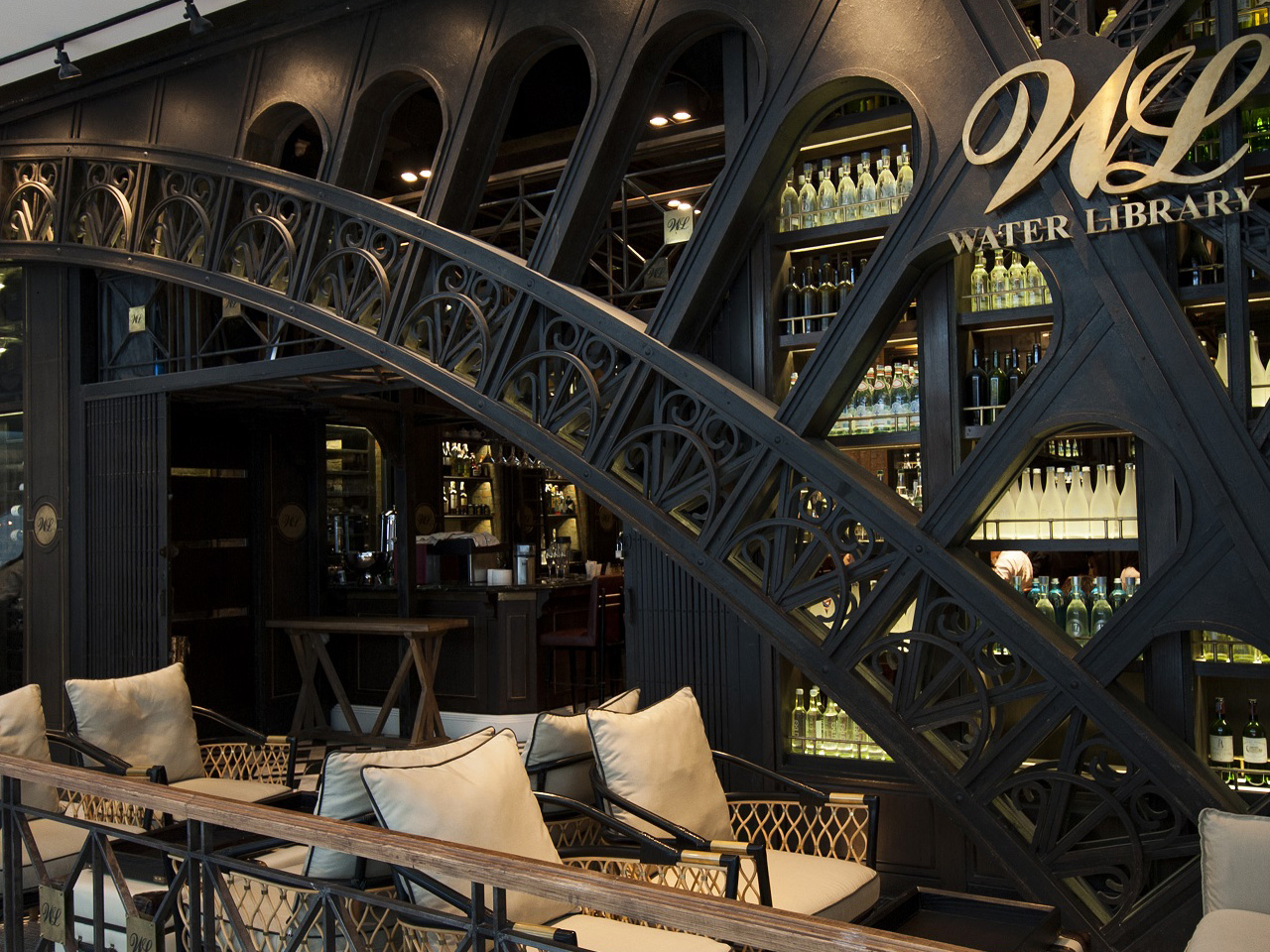 Suan Phlu is Bangkok’s hottest up-and-coming neighbourhood, especially since this must-visit drinking den opened its doors. Thought up by bar aficionada David Jacobson – the professional photographer turned publican who opening the legendary Q Bar on Sukhumvit Soi 11 almost 20 years ago – the three-storey interior is stuffed with vintage furniture and eye-catching arty flourishes. Set up in one of the intimate speakeasy-style spaces or head for the rooftop terrace where DJ sets and live music performances get the party started on a regular basis. In keeping with the French boudoir feel of some rooms, expect to find yourself sipping absinthe and shucking oysters until the wee small hours. 186/3 Suan Phlu Soi 1

Aside from the outrageously bright pink exterior of this early 20th century grand villa, Namsaah is attracting some serious attention, and with former Iron Chef star Ian Kittichai at the helm it’s easy to understand why this stylish gastro-pub is proving to be so popular. Start off on classic cocktails with an Asian twist – like bourbon muddled with watermelon and Kaffir lime leaves – and order share plates in order to sample as much of the a la carte menu as possible. Previous lives have seen the house serve as a residence of a royal aide-de-camp and a soda company’s bottling office (the name ‘namsaah’ means sparkling water), but today’s incarnation is by far the tastiest – be sure to grab the signature salmon tartare wonton tacos, Chang Mai sausage hotdog and phad Thai cooked with foie gras before they sell out. 401 Silom Soi 7

Having eaten their way through Europe, America and Southeast Asia, photographer and writer team Nic and Helen set up Sharking for Chips and Drinks when they moved from London to Melbourne in 2010. Charting Melbourne and regional Victoria’s coffee shops, bars and restaurants openings, they also regularly return to their beloved London and keep a keen eye on the latest foodie trends and openings all over the world.   3 travel must haves? An iPod loaded with great podcasts, a decent camera – we love our compact dSLR – and a good sense of humour.   What's on your travel bucket list? Touring Japan’s hidden izakaya (sit-down sake shops serving yakitori and sashimi) and island-hopping off the coast of Sicily, feasting on arancini and fresh sardines, and drinking plenty of Nero d' Avola.
Google