The Beginner’s Guide to Bangkok 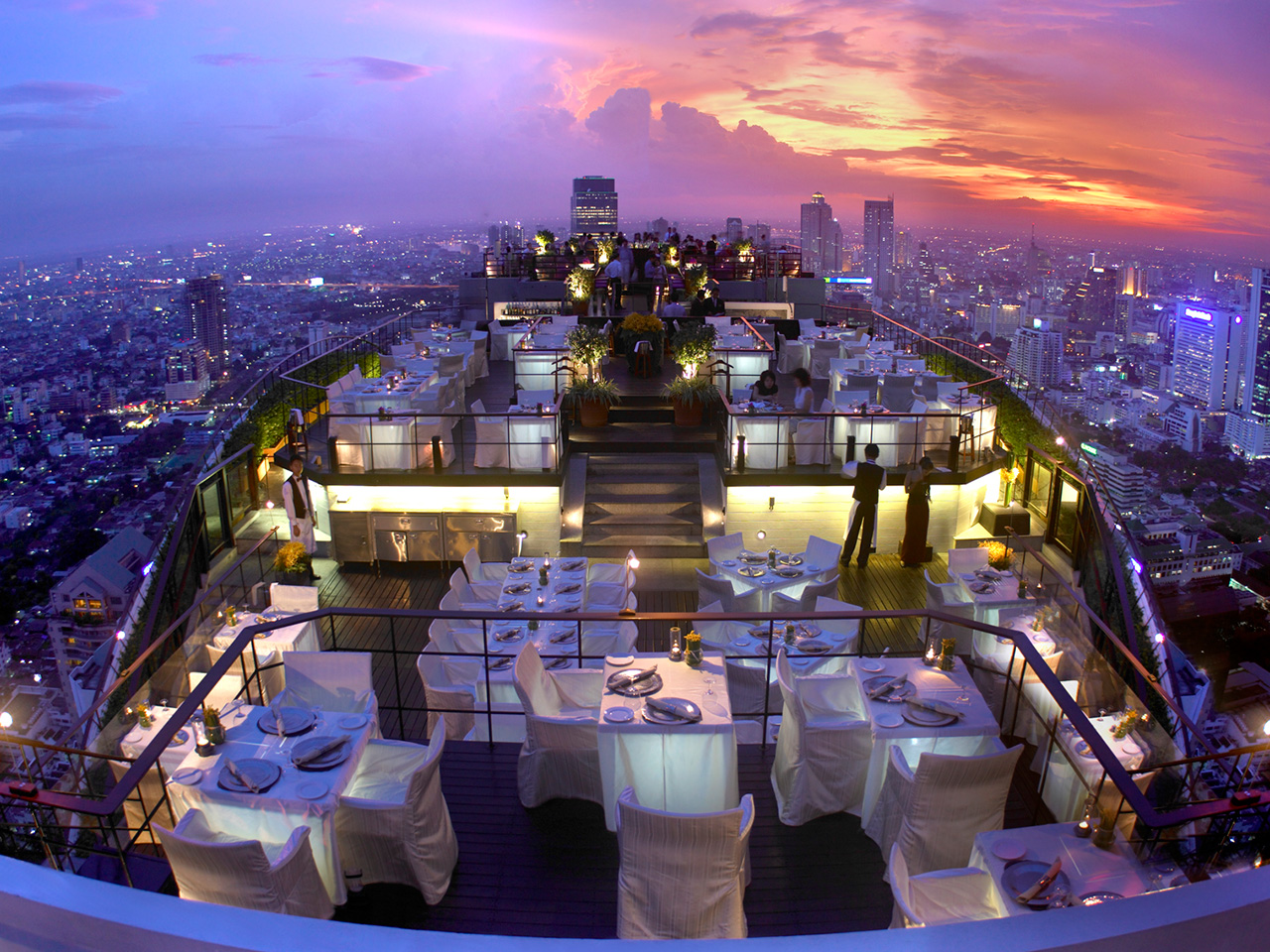 The busy streets of Bangkok never stop. There are tuk tuks, taxis, cars, bikes and people darting this way and that, the lanes are flexible and the lights optional. The beeping of horns and the tooting of tuk tuks – it’s all part of this frenetic city’s charm and a few simple tips and tricks will help you navigate the chaos.

Arriving at Bangkok’s international airport, the temptation is to hop in a taxi but you’re much better off following the signs to the terminal train station. A ticket into the city will set you back 40 baht, a lot cheaper than the 1200 baht taxi ride, but that’s not the point. The traffic in Bangkok is heavy and if you’re unlucky, a 30 minute train ride could turn into an hour and a half in a taxi. Take the train straight into the centre of the city and then hop in a taxi ¬– if you’re staying in a central area, the fare shouldn’t be more than 200 baht.

Taxis in Bangkok are cheap. The trick is to order one at the hotel and insist on using the meter. You can bargain a rate before you get in – again anywhere central will be around 100-200 baht but the meter is a lot more reliable and usually cheaper, even in traffic. Taking a taxi in Bangkok is an experience in itself. The bright pink Burberry patterned seats were my favoruite but you’ll also get Gucci and Versace-patterned cars.

Bangkok’s tuk tuks are a tourist attraction in themselves. Although often quicker than taxis, they’re usually more expensive. Make sure you bargain and set a price before hopping on board and remember to hold on. The tuk tuks weave their way through the traffic regardless of speed limits and street signs.

Bangkok’s train network is clean, quick and efficient. Buy your tokens before heading up to the platform. The trains run above the street and provide a great birds eye view of the laneways and houses below. 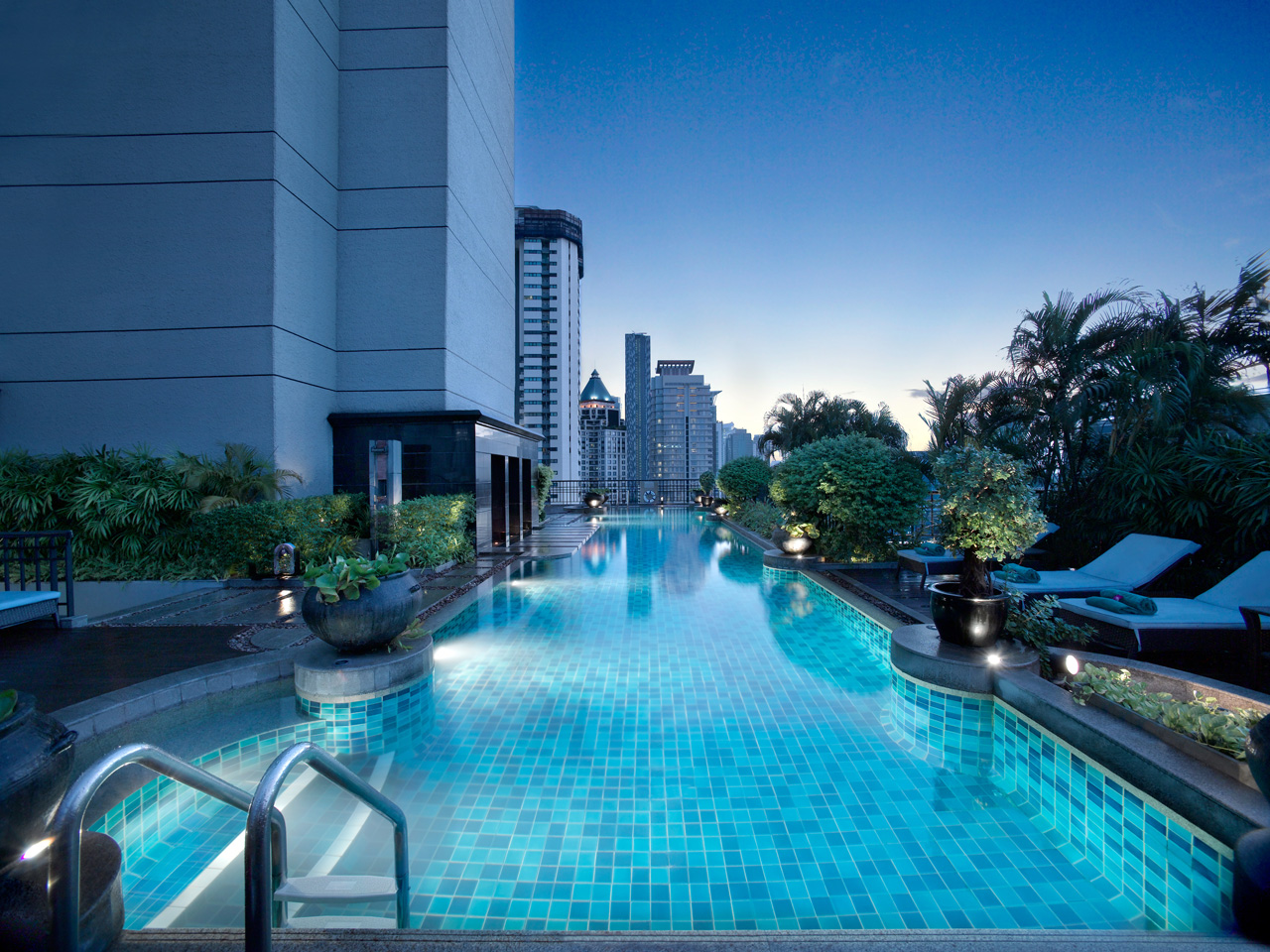 The temples around Bangkok are located along the banks of the river. Take the train to Saphan Taksin and walk down to the pier. Just follow the crowd – there’s usually plenty of tourists making the same journey. At the pier you can buy a ticket for the Chao Phraya Express Boat. An all day ticket is a cheap option if you want to use the ferry as a hop-on-hop-off ride. Most tourists take the ferry straight to Tha Tien, a stop that’s literally across the road from Wat Pho. This temple is home to the famous reclining Buddha, sprawled out in gilded glory in one of the temple’s many buildings. You will have to take your shoes off to enter the temple so bring socks if you’re uncomfortable walking bare foot. Towards the back of the temple is the massage school – save time for a foot massage.

Thai massages are known around the world for their ability to work out knots and tension so when in Thailand, where the average price is around $30 for an hour, you’ve got no excuse to go home with a sore back. Hotel spas will be significantly more expensive but massage centres in shopping centres are cheap and cheerful. 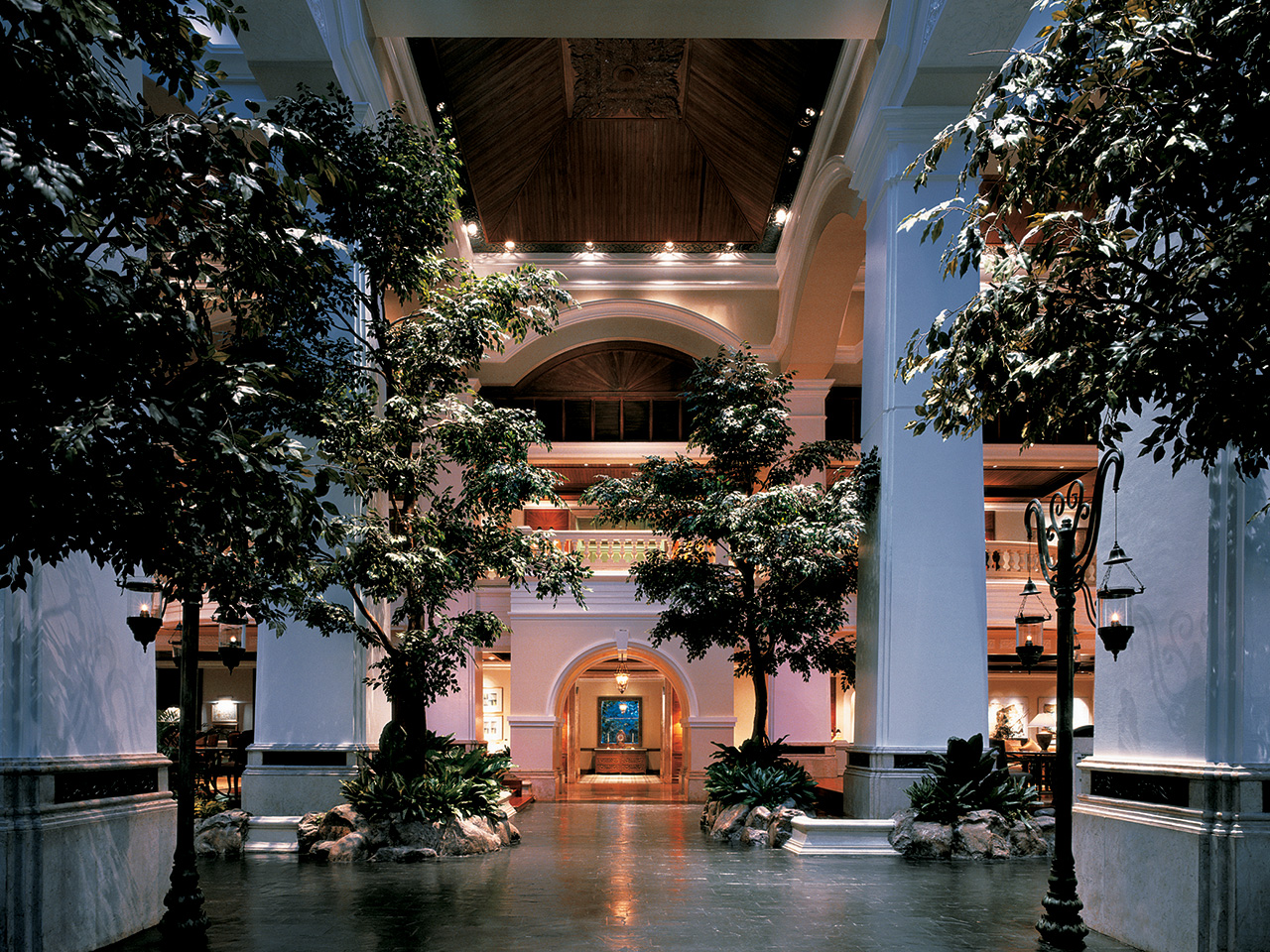 Sometimes it feels like Bangkok is home to more shopping centres than Sydney. On almost every corner or cross road is a giant complex. There are dozens of places where you can peruse the latest luxury goods from the likes of Fendi, Prada and Stella McCartney – many of these centres are connected to five star hotels. There are centres filled with tailors who will whip up a dress, blouse, trousers, scarf, even a suits in a matter of days.

And there are outlet malls where wholesale stalls line the corridors, selling no name clothes, bags and jewellery in every conceivable colour. You could pick up a headband decorated with a life size white dove if you wanted, there are rhinestone encrusted phone cases, rings topped with enamel swans, or tiny baby ballet flats with Chanel C’s. You might even find a store that sells only black and white jewellery and is akin to stepping inside a zebra. The outlets are often cash only and won’t allow you to try on clothes before buying.

Bangkok’s rooftop bars have long been the favoured drinking haunts of tourists and expats – when The Hangover II brought Hollywood to Bangkok, the chance to sip cocktails sky high was put on every visitor’s to do list. Choose a clear night and head the Lebua at State Tower, as featured in The Hangover. The hotel elevators lead to the top floor and from there you’re guided out onto the huge terrace. At your back the iconic dome soars above and at your feet is the entire city laid out in bright lights. Walk down the steps to the appropriately Sky Bar – perched out on the edge of the terrace, its clear walls are not that high so don’t lean out too far. At the Banyan Tree’s Vertigo Bar, the railings are even lower so your view out over the city is unimpeded when you sit at the tables for two.

Luxury hotels in Bangkok are a bargain compared to elsewhere in the world. Stay in five star finery for under $300 a night. Many of the hotels have club levels where you’ll pay a bit extra but the free breakfasts, happy hours and substantial evening canapés make up for it. Expedia’s Aussie travellers usually spend 2-3 nights in the city, based around hotels near the major train stations and shopping centres. December and January are popular times to visit – perhaps because of the often weird and wonderful range of Christmas decorations everywhere!

The Banyan Tree Hotel has a reputation for one of the best Club areas in the city – the view from the spacious lounge is pretty spectacular. If you’re staying at the Banyan Tree, it is all about the view. As mentioned above, the rooftop restaurant Vertigo Grill and Moon Bar have 360 degree views out over the city. You’ll sit perched on the edge while tucking into fine dining fare or grab a seat early and watch the sun set with a cocktail or two.

The other prime real estate in Bangkok is the Banyan Tree pool. Set on an outdoor halfway up the building, the pool is out of the smog and a great spot to cool off. The pool is also on the same level as the spa. Banyan Tree Hotels are synonymous with spas and where better to try out a few traditional treatments than at this award winning spa.

For old world glamour, check into the Grand Hyatt Erawan. During Christmas the traditional decorations are quite extravagant.