How to have the best Bali Weekend - Expedia Australia Travel Blog

How to have the best Bali Weekend 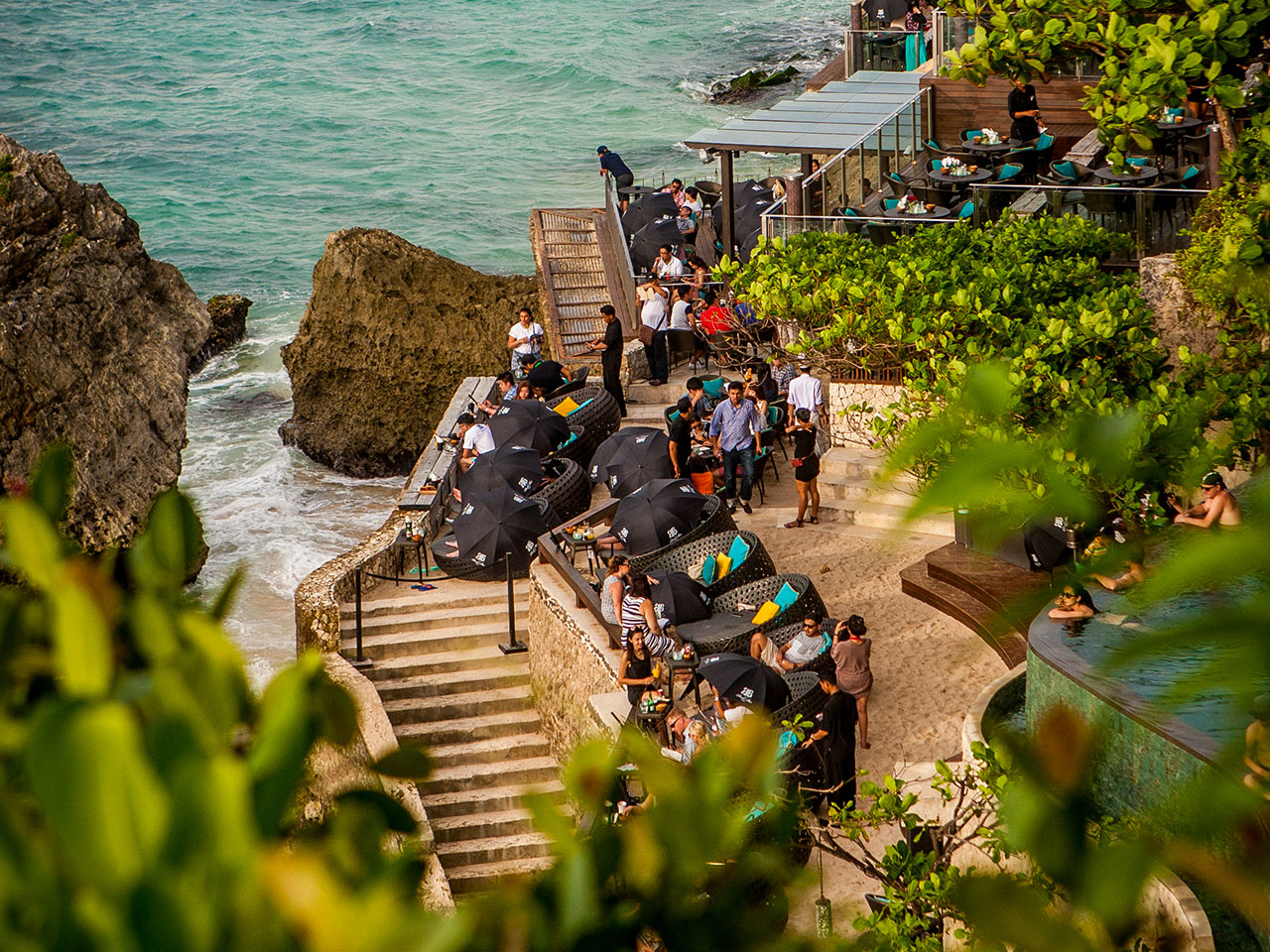 How do you like to spend your Friday nights? The clock hits 4pm, a few drinks with your colleagues, a few more with some friends, and all of a sudden, it’s 10pm and you’re exhausted. Six hours. In that space of time you could have hopped over to Bali. Yes, that’s right, instead of a night out on the town or even a night on the couch, six hours is all you need to go from Sydney to Bali. It’s a weekend getaway that’s more doable than a lot of people think. Here’s our guide on how to maximize your weekend with a sneaky Bali getaway.

Head into work an hour early, head out the door an hour before office drinks and by 4pm you’re waiting to board a flight to Bali. Settle in for a nice night in the sky – drinks, food, entertainment – it’s really not that different to your average night on the couch. Pack light, carry on only (if you can), so you can zip through the airport and be on your way to a cool Bintang before bedtime. The duty free store as you exit the terminal has a mini bar stocked with icy Bintangs.

The main resort areas of Bali – Nusa Dua, Seminyak, Kuta, Uluwatu and Jimbaran – are all around 45 minutes drive from each other. If you’re after somewhere new and fun, Double Six Seminyak is great for easy access to Seminyak’s nightlife, shopping and beach bars. The rooftop bar is the latest spot for people watching and partying. If you’re in the mood for a nightcap, head straight upstairs and try to score one of the lounges perched in the middle of the rooftop water features. 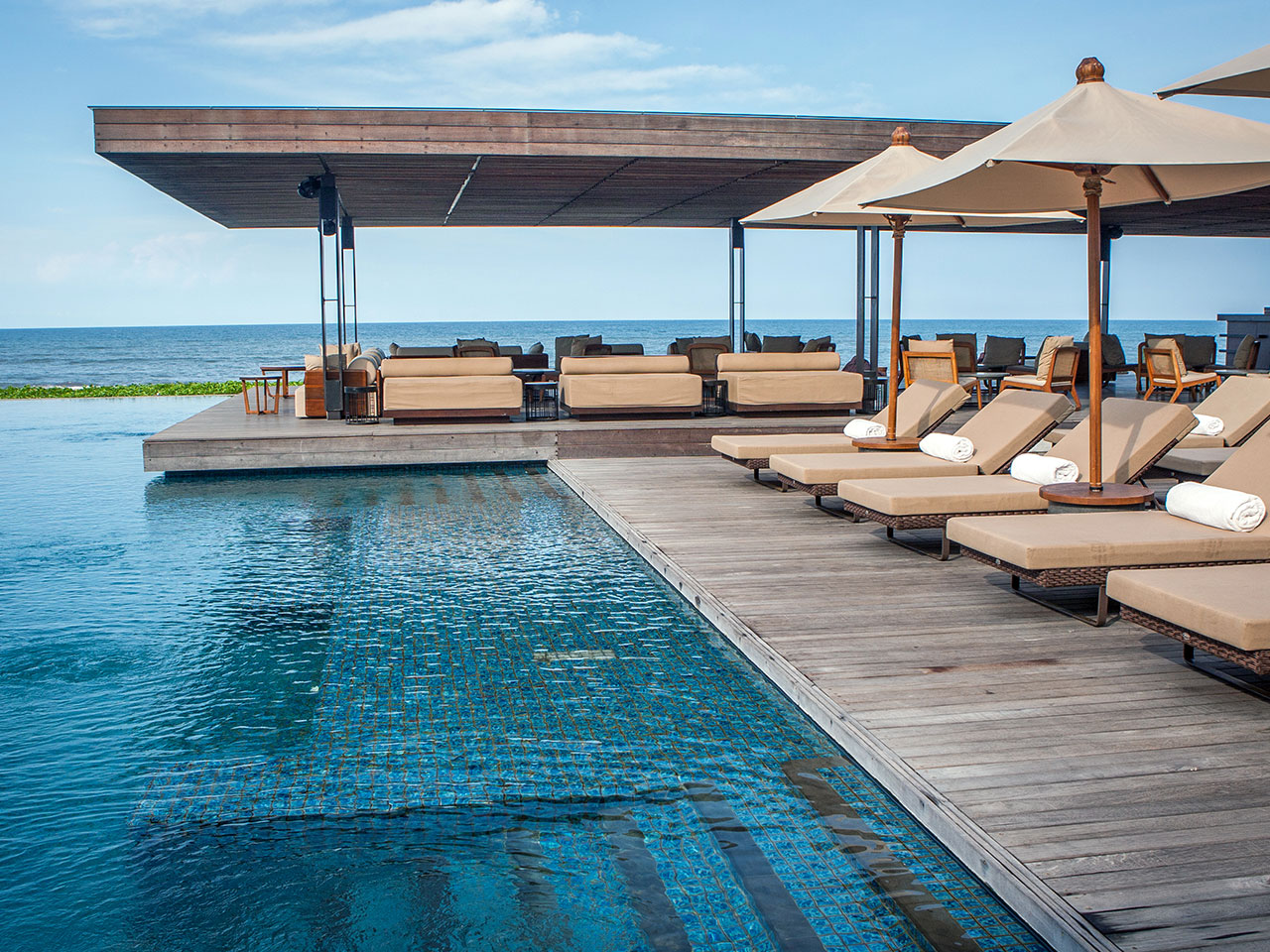 Up early? Cross the road from the Double Six for a walk along the beach or a pre-breakfast lesson from the Rip Curl surf school. Make today a nice lazy day by the Double Six pool, which at 120 metres, is one of Bali’s longest. Suites on the ground floor have pool access so you can step straight from deck chair into the water. A short stroll away is Seminyak’s main drag, with shops selling everything from homewares to bikinis.

Venture down to Jimbaran, where the Ayana Resort and Spa’s Rock Bar has the supreme spot for sunsets. Leave the heels at home and skip the lines for the inclinator – steps down to the bar are quicker and wrap around the cliffside.

Hungry? Seminyak has plenty of options – whether you’re after Balinese, Italian, Indian, Mexican or even Moroccan. Back at Double Six, the main restaurants are overseen by Robert Machetti, aka the man behind Sydney’s famous Icebergs Dining Room and North Bondi Italian. The Plantation Grill is a 1920s-esque dining room that will take your breath away – floor to ceiling windows, leather booths, studded arm chairs, parquetry floors. It’s the perfect chance to get dressed up for a decadent meal that might start with a champagne cocktail and end a few hours later with the dessert trolley rolling around to your table. The tray of truffles that’s present as petit fours really seals the deal.

If you’re taking one of the many late flights home to Australia (Virgin, Jetstar, Garuda), you’ve got a full day ahead of you.

Start out early with a bicycle tour of Jatiluwih, home to the UNESCO World Heritage rice terraces approximately 2.5 hours drive from Seminyak. The winding roads and paths through the rice paddy fields are a world away from cars and crowds. Chicken hatcheries tucked into the hillsides are the nosiest spots you’ll pass, otherwise there’s the gentle clicks of a hand pushed plough as farmers dredge their fields and the occasional grunt of a water buffalo used to plough the fields. You’ll climb a few hills but the view out across the fields is well worth it, and cycling down through the forest is a worthy reward – keep your eyes peeled for kiwi fruit, avocados and cacao pods hanging from the trees. All that exercise will have you sleeping soundly on the flight home!

Afternoon sessions at Potato Head’s party scene are legendary but for something a little more sedate, head next door to Alila Seminyak. This brand new five star hotel is peace and quiet personified. A few hours in the hotel spa and you’ll be blissed beyond recognition. The lobby afternoon tea’s chocolate cakes are legendary. The restaurant’s deck looks straight out an one of Seminyak’s more pristine beaches and serves a mix of modern Asian and European dishes.

Prefer to travel on a shoestring? Book Bali hotel deals on Expedia online and save!

Before you know it, you’re off to the airport for the flight home. Now that’s a well-spent weekend!

Previous post Listopedia: the Coolest Spots to be Cold