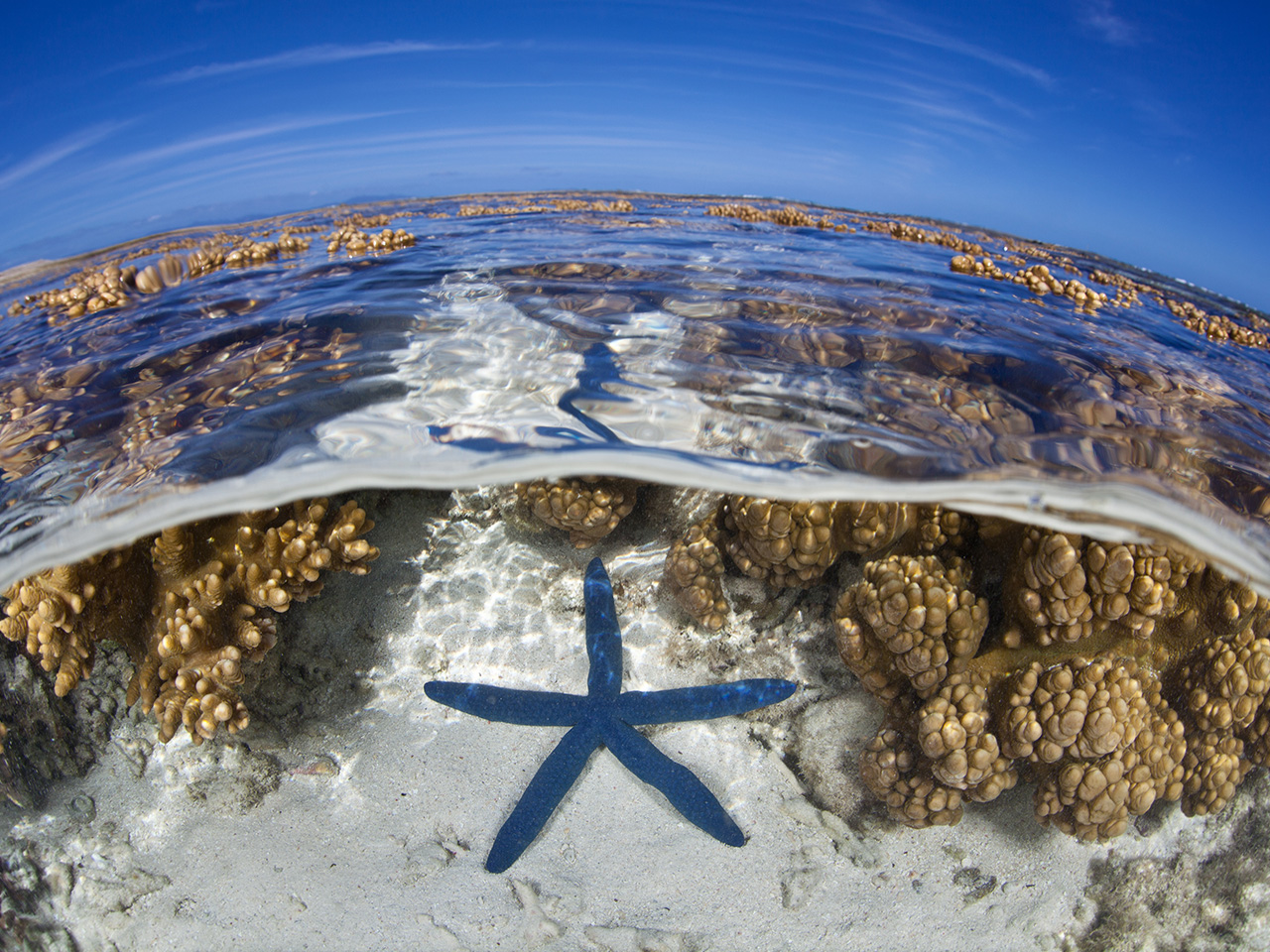 Been promising yourself that you’ll learn to scuba dive for years? Fancy yourself as a pro windsurfer? Well, now’s the time to tackle a whole heap of adventurous activities with the added bonus of an island paradise as a backdrop in New Caledonia.

Australia’s closest Pacific neighbour enjoys a year-round sub-tropical climate that sees temperatures of between 25-27ºC during the warm season from September to March. Noumea is a popular destination for Expedia’s Aussie travellers, who spend around 5 days in New Caledonia, most of those in the capital city.

While the mix of French and Melanesian influences make for great cultural explorations and eating experiences, it’s the pristine beaches and sparkling blue-green shores that beckons.

Why not learn a new skill in one of the most stunning locations in the world?

Under the sea – snorkelling, scuba diving and underwater walks

Surrounding the mainland is the largest lagoon in the world; an area of clear, shallow water home to a host of tropical fishes waiting to be discovered. Head to Plages Loisirs beach kiosk at Anse Vata where you can hire everything you need for a day of underwater explorations. Alternatively, most hotels have equipment you can borrow free of charge.

If you want to get up close to the coral reef bordering the lagoon – situated 45km off the island and covering 1600km area – it’s worth getting in touch with one of the many accredited diving operators in Noumea (did you know New Caledonia’s coral reef is actually more accessible than the Great Barrier Reef off the coast of Queensland?). It doesn’t matter if you’re taking your first tentative breathes or are an advanced deep-sea diver, you’ll find several excursions for all abilities departing daily. Not only is the warm water great for humans, the 21-28ºC temperatures it makes the ideal home for almost 2000 kinds of tropical fish. Expect to come face-to-face with rays, dugongs and New Caledonia’s indigenous nautilus – a huge marine snail.

For younger adventurers, and those who don’t want to undergo dive training, why not go on an underwater walk with the aid of a breathing helmet – Ile aux Canards offers this unique activity and is just a 10-minute water taxi away from Anse Vata. 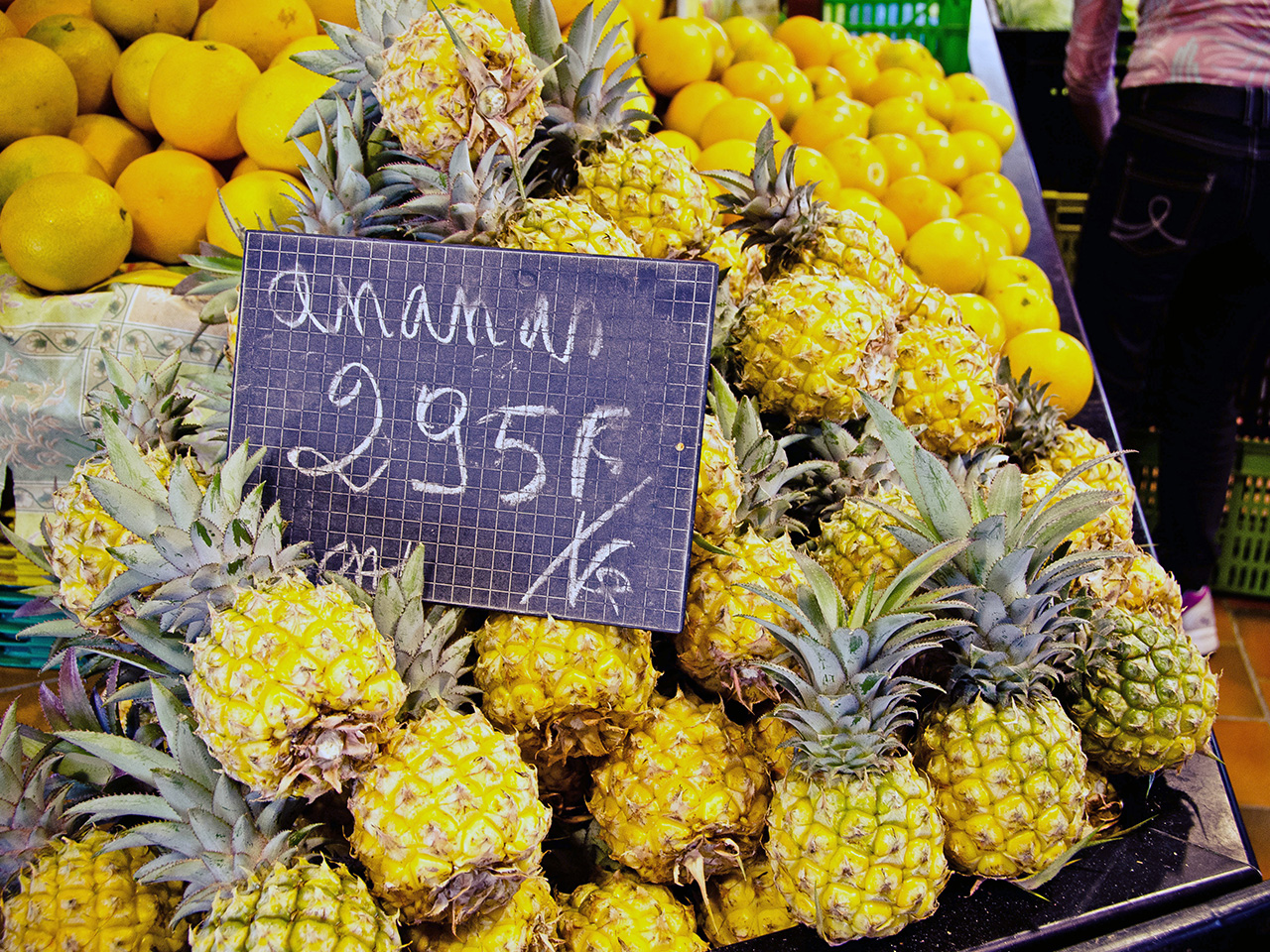 On the water – sea kayaks, kitesurfing and stand-up paddle boards

Do you prefer to get your kicks on the water rather than under it? Take your pick from a variety of rafts and paddle or pedal out into the stunning waters surrounding the island. From bouncing over the waves on a jet ski to floating from beach to beach in a sea kayak for two people, there’s no excuse for not finding your sea legs.

Speaking of which – now’s the time to take windsurfing or kitesurfing lessons. Several international championship events in both disciplines are held in Noumea each year. The conditions are idea – consistent trade winds see people skimming across the water whatever the season.

For something more serene, put your balancing skills to the test with a stand-up paddle board class. Nothing beats the sense of calm that comes from sweeping across the water while checking out the sub-aqua residents.

Take a walk on the wild side

It’s a steep path to the top but the views are absolutely worth it. From the top of the 132m-high Ouen Toro hill, the bird’s-eye view of Anse Vata and Baie des Citrons, as well as the lagoon, is spectacular. On a particularly clear day you should be able to spot Amédée Island’s 150-year-old lighthouse – it’s worth taking a day trip from Port Moselle to check out this stunning 56m-tall structure and its equally stunning surrounds. Marvel at the people training for the local triathlon by running up and down the wooded trails of Ouen Toro quicker than it takes most cars to drive the winding road to the summit before heading down the other side to the palm-lined Promenade Pierre Vernier, which makes for a very romantic sunset walk.

A more rugged ramble awaits just a 15-minute drive from the city in Dumbea – a picturesque valley framed by mountain ranges blanketed with almost impenetrable rain forests. Go bushwalking in the parks that surround the river and dam, and listen out for Cagou – only found in New Caledonia, this long-legged blue-grey bird’s singing sounds like barking. 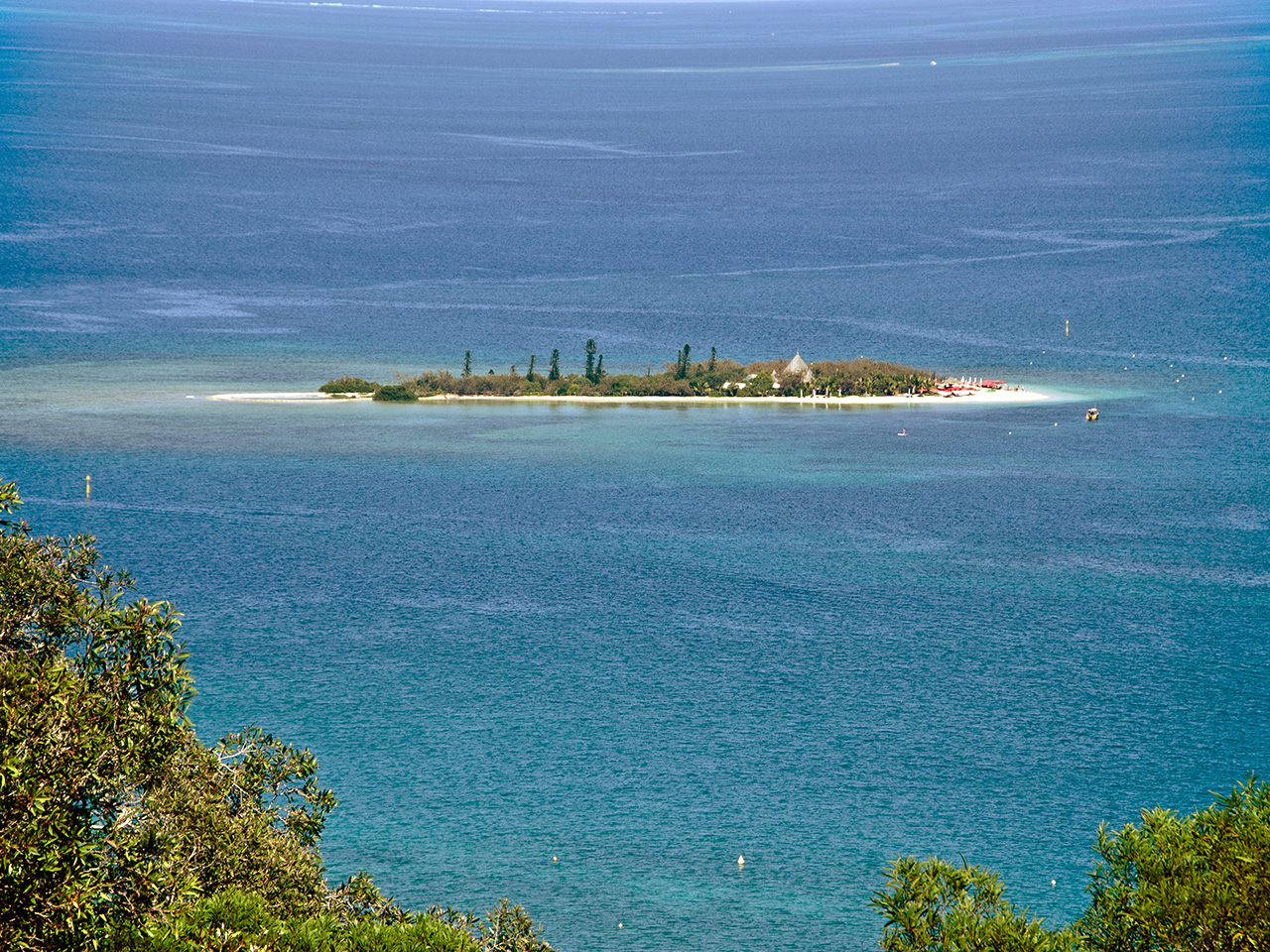 If your idea of an active holiday is walking a few metres from your sun lounger to the poolside bar, don’t worry. There’s plenty of opportunities to sit back and take it easy. Noumea’s coconut palm and pine tree-lined beaches are beautiful. If you set up camp along the Baie des Citrons, you can always challenge the locals to a game of pétanque – there are several courts running alongside the sand.

However, for something really special, pack a picnic and jump on a water taxi departing from Anse Vata to one of the islets just off Noumea’s coast. The tropical allure of Ilot Maitre is hard to resist – a chain of thatched villas on stilts welcome you to the island and, hotel guests aside, you can almost pretend it’s your very own private hideaway. Stare out at the surf breaking on the edges of the lagoon and look out for turtles swimming majestically out to sea. This picture-perfect retreat is perfect for sunbathing and swimming in the shallows that seem to go on forever.

Situated 1500km east of Australia’s east coast. New Caledonia’s capital of Noumea is a 2.5-hour flight from Sydney and Auckland, and a 2-hour flights from Brisbane. Noumea’s Tontouta International Airport is a 50-minute drive from the city.

The local currency is the French Pacific Franc (XPF) – you will get roughly 70 francs to the Australian dollar. Travellers cheques are widely accepted in Noumea as are major credit cards, and you’ll also find several ATM machines. French is the official language, but don’t worry if you weren’t paying attention at school – English is pretty widely spoken in the main cities. No visas are required for Australian, New Zealand, EU or US passport holders for stays of up to three months.

Noumea is a great spot for family holidays, with plenty of activities for the kids, including kayaking, snorkelling, banana boat rides and more. Expedia’s Aussie family travellers are big fans of the Hilton La Promenade.