A Leap of Faith at Victoria Falls 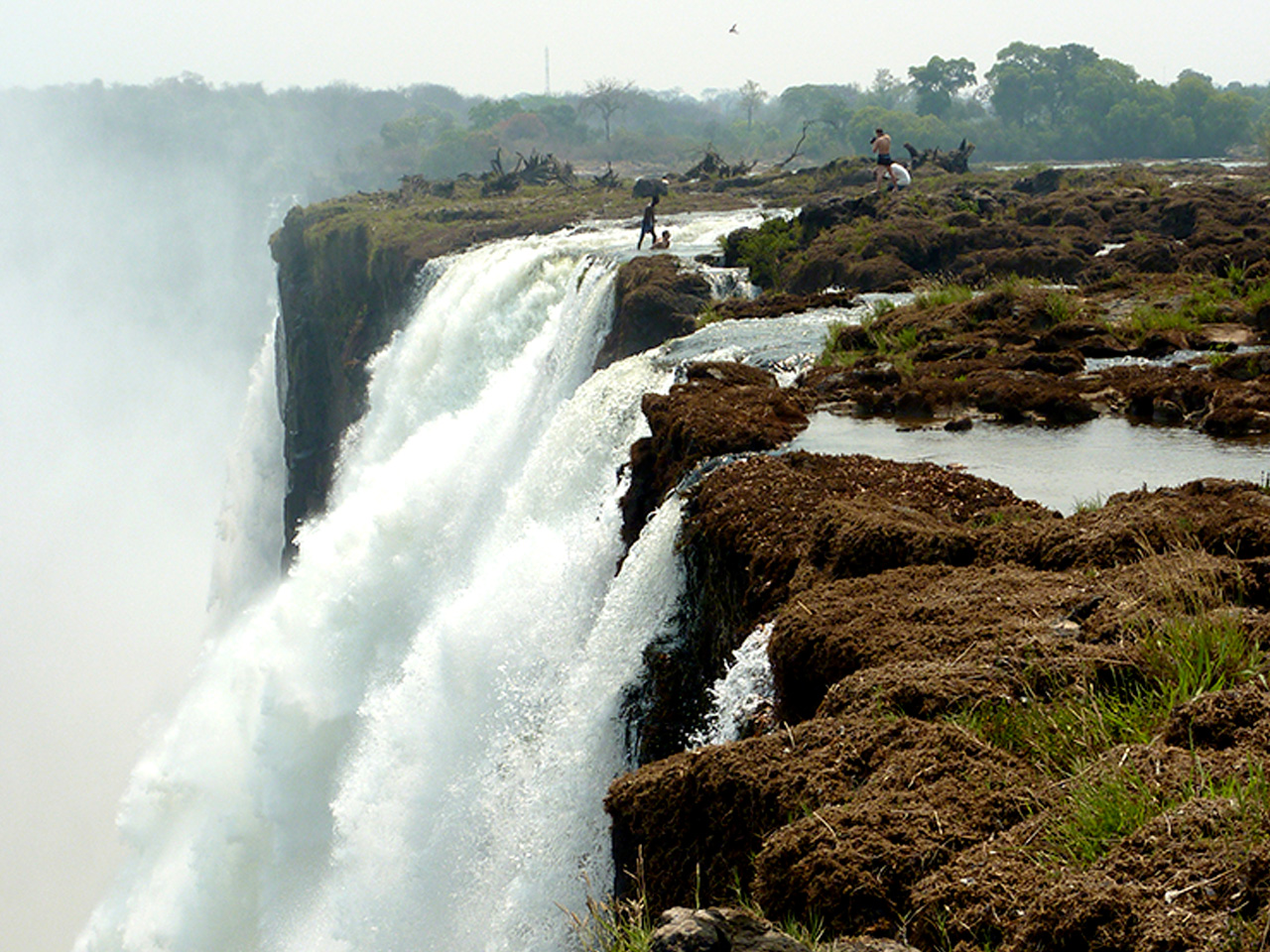 Imagine this: you’re a fisherman going about your business in the Zambezi River. It’s the dry season and the usually roaring Victoria Falls are a slow gush. You’re standing on the rocky Livingstone Island when suddenly you lose your footing.

It might be the dry season but there’s still more than two million cubic metres of water per minute crashing 108m below. Your life is flashing before your eyes. Just as you approach the precipice, bracing for certain death, you splash into a pool the size of a Jacuzzi, literally on the edge of the mighty falls. That’s the true story of how Devil’s Pool was found.

The local name for Victoria Falls is Mosi-oa-Tunya, the Smoke that Thunders, and even in the dry season you can hear the roar and see the mist from a kilometre away.

Scottish preacher and explorer David Livingstone was the first European to see the falls in 1855, and he named them after Queen Victoria, reigning at the time.

The closest township was named after David – Livingstone is about 10km from Victoria Falls on the Zambian side. You can stay in the town or closer to the falls.

To get to the Devil’s Pool, you need to go to Livingstone Island, a small island right near the top of the falls. Tours leave from the Royal Livingstone Hotel and travel out to the island by motorboat. Save time to check out the hotel itself too – think Zebra skin rugs and colonial buildings a la Out of Africa.

You can only get to Livingstone Island during the dry season. During the rainy season (November to Aril) more than 625 million litres of water per minute flows over the edge of the falls, taking flotsam, jetsam and the occasional hippo with it. 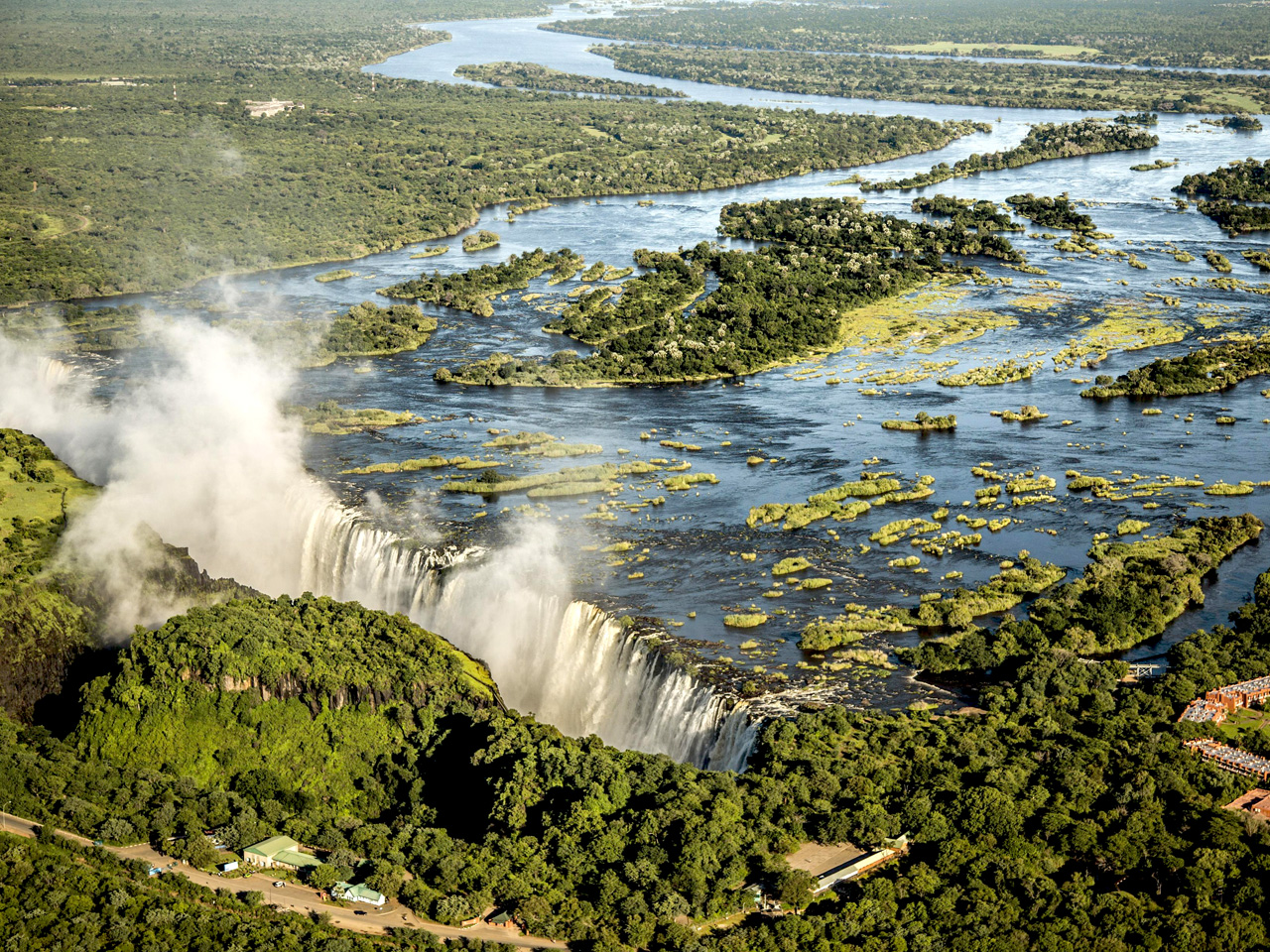 Not being certifiably mad myself, once I make it to the island I creep to the rugged edge of the cliff and come as close as I’m game for a photo. A young French couple and a bloke from England have more courage – they follow two local guides into the river, holding onto a flimsy rope just five metres from oblivion.

Fifteen minutes of teetering later, they reach the outcrop of basalt boulders, too close to the edge for me to look at without my hand over my mouth.

After much gesticulating, the first guide suddenly jumps out and disappears. After a few long seconds his head pops up and he climbs out to stand on the edge, no safety equipment, to make sure no one jumps too enthusiastically. On average one person per year does jump too vigorously and it’s curtains for him.

From the safety of solid ground, I have the camera ready but it takes a long time for the first daredevil to work up the courage to jump. Finally he leaps, disappearing under the water before popping up next to the guide.

The water carries the sound of much squealing and shouts of encouragement from other tourists, they all make it into the Zambezi Jacuzzi. Bungee jumping – pfft. This is for serious adrenalin junkies.

Next post A Guide to Cruising the High Seas