A Day Trip to Hobbiton 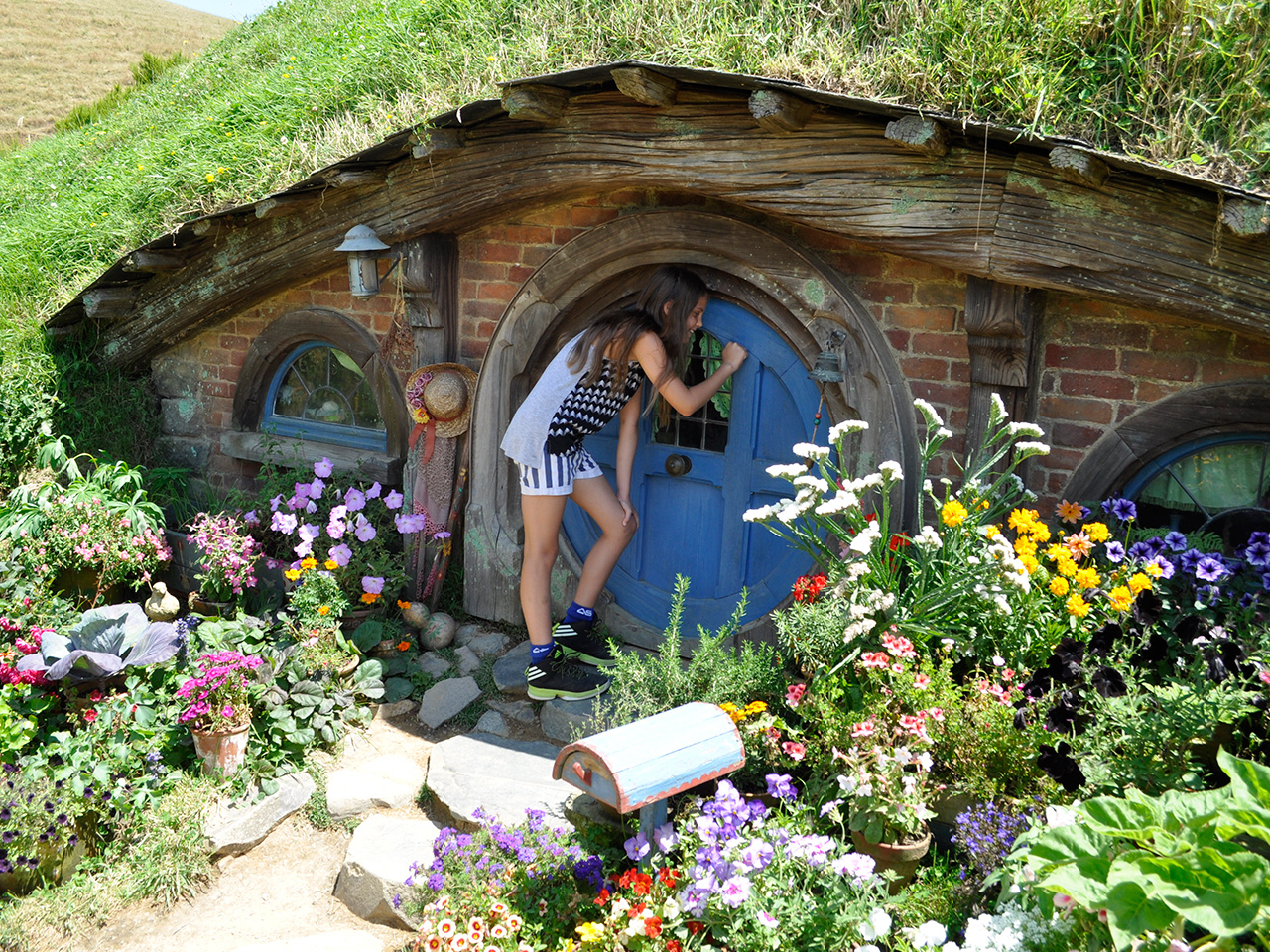 “I’m going on an adventure!”

It’s the classic line from the young hobbit, Bilbo, after he leaps over a pumpkin and runs along a grassy lane in a scene from The Hobbit movie, directed by Peter Jackson and inspired by JRR Tolkien’s book by the same name.

The line was repeated continuously by members of my family (my husband being the chief culprit), on our day trip from Auckland to the Hobbiton Movie Set (Hobbiton for short), located near Matamata. It’s about a two-hour drive from Auckland, and the scenery is stunning: grassy hills, mountain ranges and spots of sheep.

The best way to Hobbiton from Auckland is via the motorway (Highway 1) south, turning off at Highway 27 and following the signs to Matamata. Some GPS/map programs suggest taking the route near/through Hamilton, we tried this way coming home and the numerous speed restrictions between Auckland and Hamilton made this a longer drive. Once in Matamata, the movie set is a further 15-minute drive, and well signed so it’s easy to find.

About the Hobbiton Movie Set

Hobbiton is tucked away at the back of a working farm owned by the Alexander family. The set is spectacular, covering a surprisingly large area of rolling green hills; you’re instantly transported to The Shire. The hobbit holes are remarkable, and I couldn’t help but feel I was wandering through a working village. There’s a vegetable garden, jars of jam along the wayside, fish beside the lake and rocking chairs sitting quaintly outside brightly coloured round doors. Letterboxes, lanterns, bench seats, cushions, walking sticks, flowers, stepping stones and chimneys – it all adds to the air of magic,. We enjoyed placing the locations seen in the movie with the real life set. Our guide Sam was approachable and knowledgeable about all things Hobbiton, and although he had a schedule to keep, he gave us plenty of time to explore and take photos. 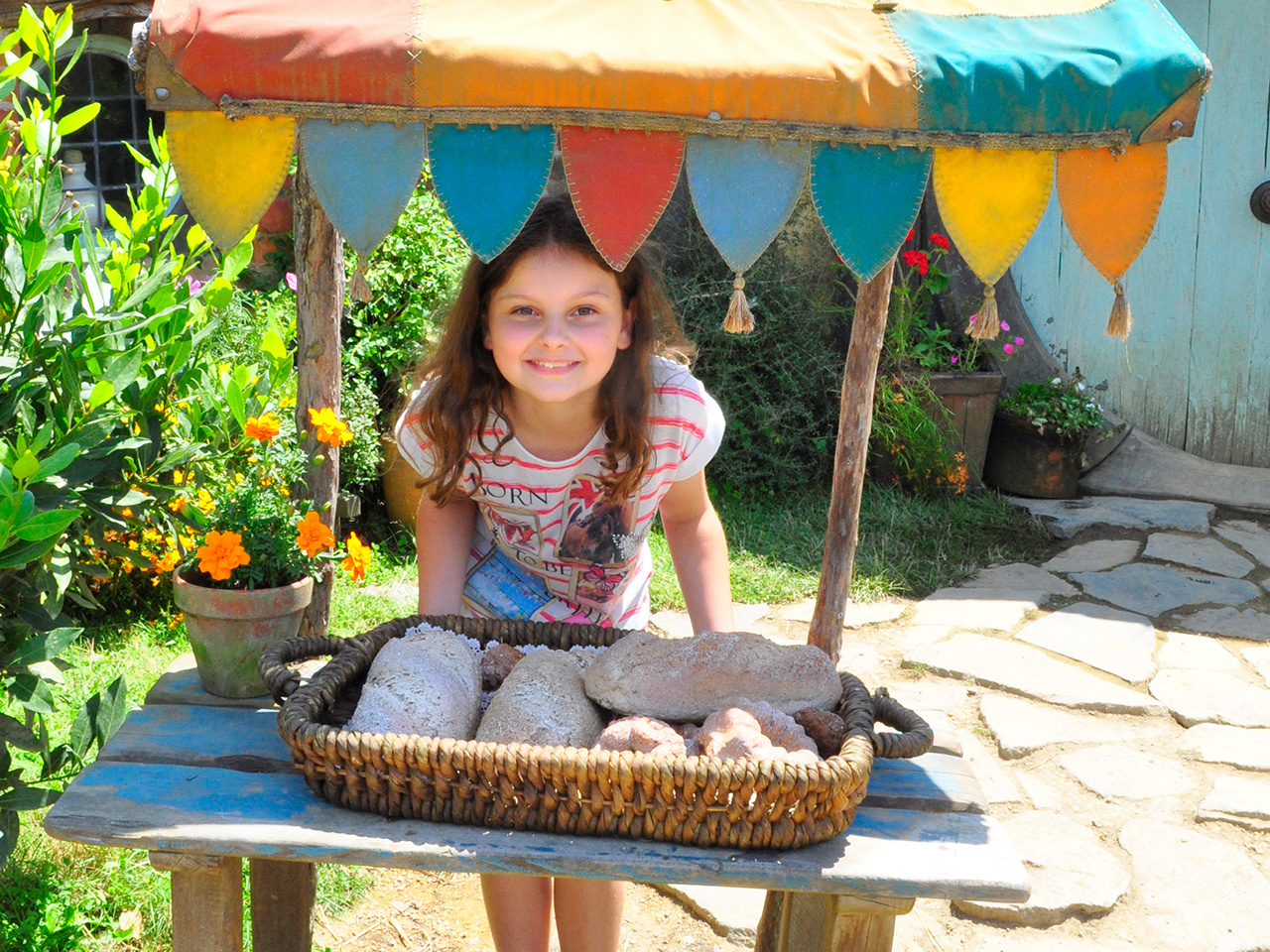 Is it worth the money?

This is a common question. Regular tour entry fees start from $75/adult, $37.50/youth (10-14) and $10/child (5-9). It’s not a cheap outing, however if you’re a fan of the books and movies, or if you appreciate wonderful gardening and landscapes, there’s no doubt you’ll enjoy Hobbiton. Our four kids (aged from 7-13) loved it. We found it’s more affordable to book through Expedia Activities, giving us a saving of $63 for our family.

Below are tips on taking photographs at Hobbiton. 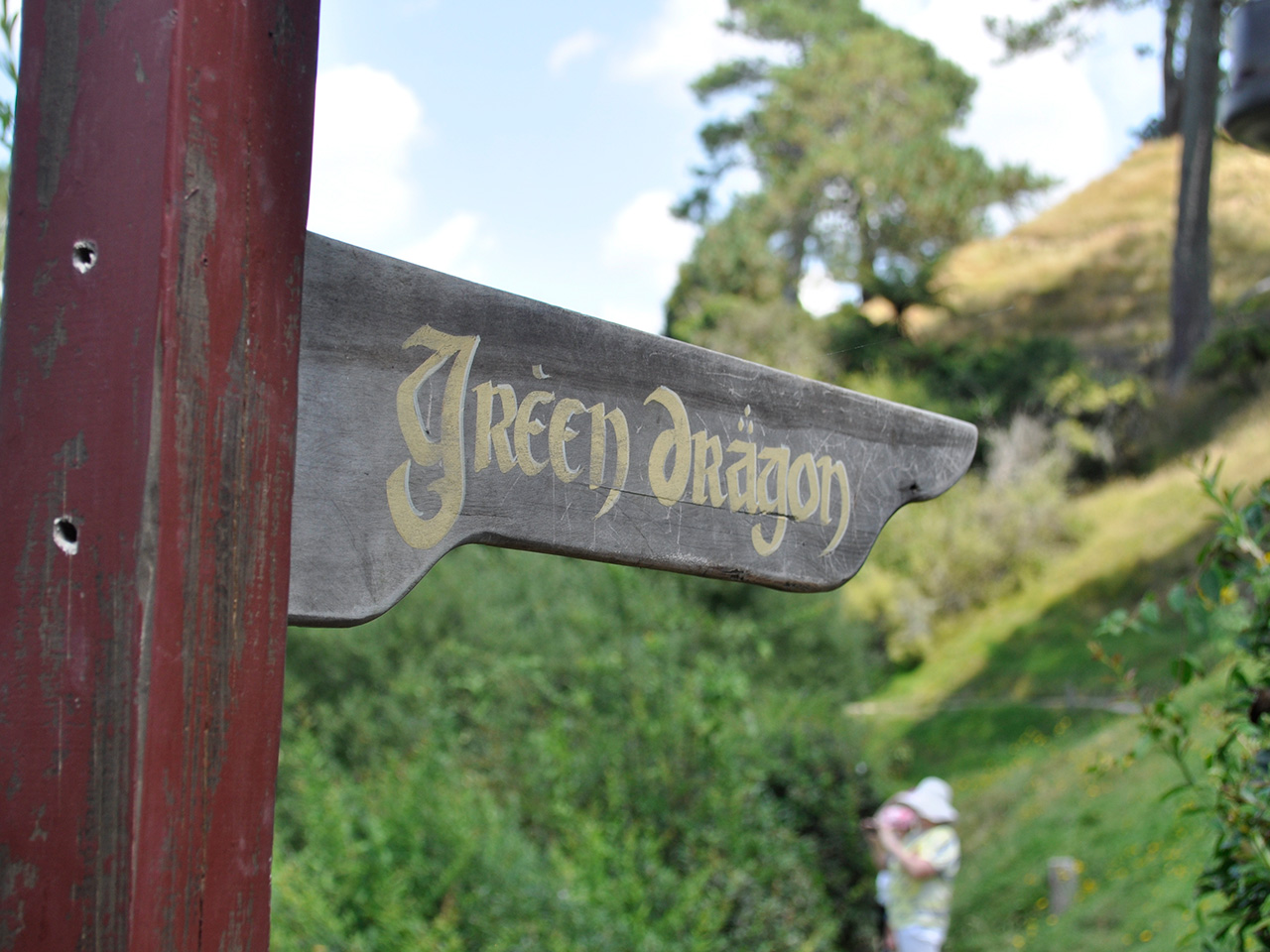 Umbrellas are provided at the start of the tour for both rain and sun protection, and below are a few tips on other items to bring:

Oh it’s a close call, between Bag End (Bilbo’s home) and the finale at the Green Dragon pub. The tour takes you through Hobbit hole, paths and gardens, to the top of the hill where Bag End overlooks Hobbiton. After about an hour, the tour ends over a bridge next to a water wheel and into the Green Dragon pub where children can enjoy a complementary ginger beer and adults can enjoy the real thing!

Is the tour toddler friendly?

The tour is best suited for families with older children, however toddlers will enjoy walking here and there and being in the outdoors. The tour is prescriptive and requires keeping on the path. There are a number of places that are off limits while on the tour. As all parents of toddlers know, this is where they always seem to end up unless closely supervised! 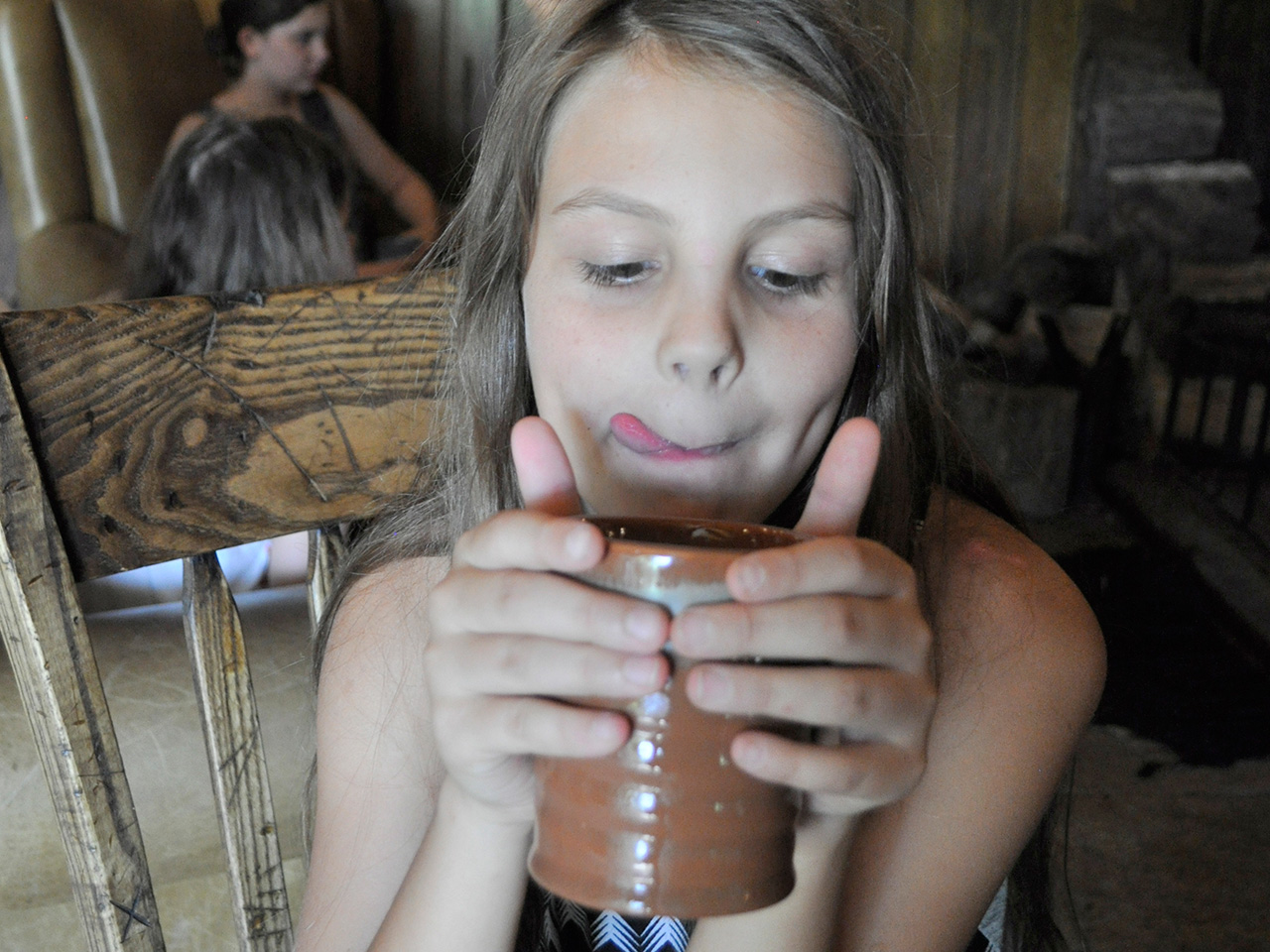 Capitalise on the journey

Take a little bit of the magic of Hobbiton home with you:

Auckland is a good base point for exploring the North Island of New Zealand. Expedia’s Aussie travellers tend to spend 2-3 nights in New Zealand’s largest city during the summer months. The CBD, North Shore and Newmarket are popular spots to stay for families – the Waldorf St Martins Apartments Hotel and Auckland City Oaks have family friendly 2 bedroom apartments.

Next post Five ways to make a stopover romantic

About the Author Kelly Burstow