A Day in Delhi 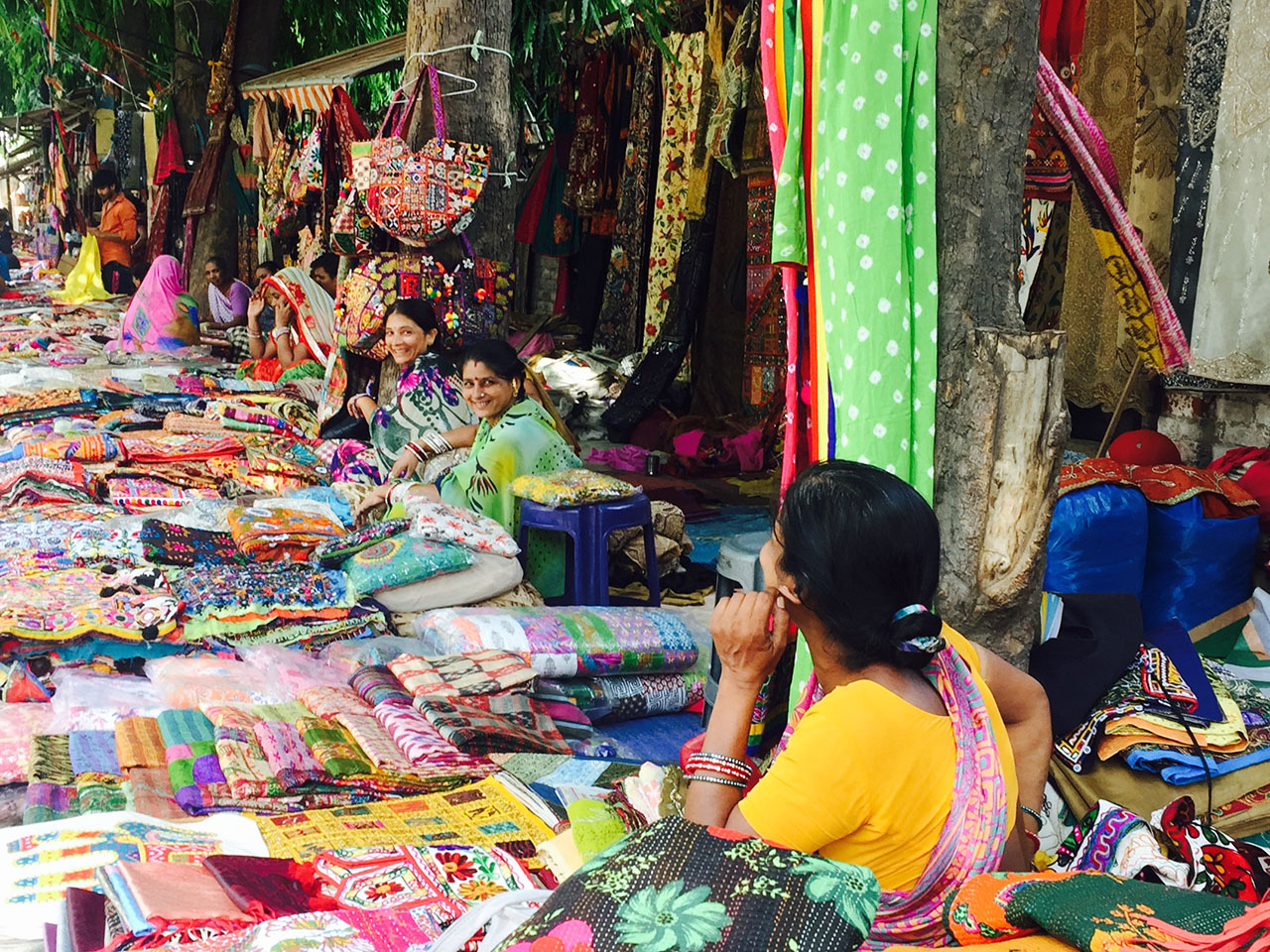 Delhi is often seen as transit hub for travellers in India – a pit stop on the way to your Eat Pray Love re-enactment serenity. And while the hum of 16+ million people might not seem to be the easiest place to get your down-face-dog on, it has plenty of buzz, a sense of organised chaos, and entrepreneurialism on a grand scale that’s hard to find anywhere else. So take a deep breath and dive in for 24 hours in Delhi – we promise you won’t be disappointed.

The Imperial Hotel is out of this world – an absolute oasis of sprawling lush green gardens hidden in the centre of Delhi’s buzzing heart. Built in the 1930s, the property has a serious sense of occasion about it so get your glad rags on if you’re here for a gin and tonic served Great Gatsby-style on the lawn, staying the night in one of their stunning suites or chowing down at any of their five killer restaurants. Watch your pennies though, they’ll go fast here (dinner will set you back $100 a pop easy). If the walls could talk, there’d be some great tales to tell. Marbled wall to ceiling and packed to the eyeballs with remnants of the Indo-British era, you can kill plenty of time happily wandering the grand halls…and you’ll be grateful for the air con!

We don’t have any specific facts to support this statement but Delhi certainly feels like it’s the small business capital of the world. Every man and his dog are up and about from before the hot hot hot (45+ degree in June!) sun has risen to hit the streets and spruik their wares…and they’ll often still be there late into the evening or until after the ‘night shift’ has kicked in.

In this sprawling metropolis knowing where you’re going is key…it’s too far and hot (and probably not that safe) to walk between spots yourself, so find a driver you like and stick with them for your stay. Any product you want, there will be someone somewhere in Delhi selling it, and hopefully right next to a chai wallah (chai seller).

We love the inspiration we get from the trims markets in India – there’s no such thing as understated here and apparently the local style is only amping up the diamonte factor even more at the moment. So if you want to be du jour, hit up one of the trims market like Lajpat Nagar and start bedazzling. We also LOVE the local handicraft stores on the same street as the Imperial (easy stroll before dinner) and Hauz Khas for a mix of local and international shopping hidden in a happening little rabbit warren. 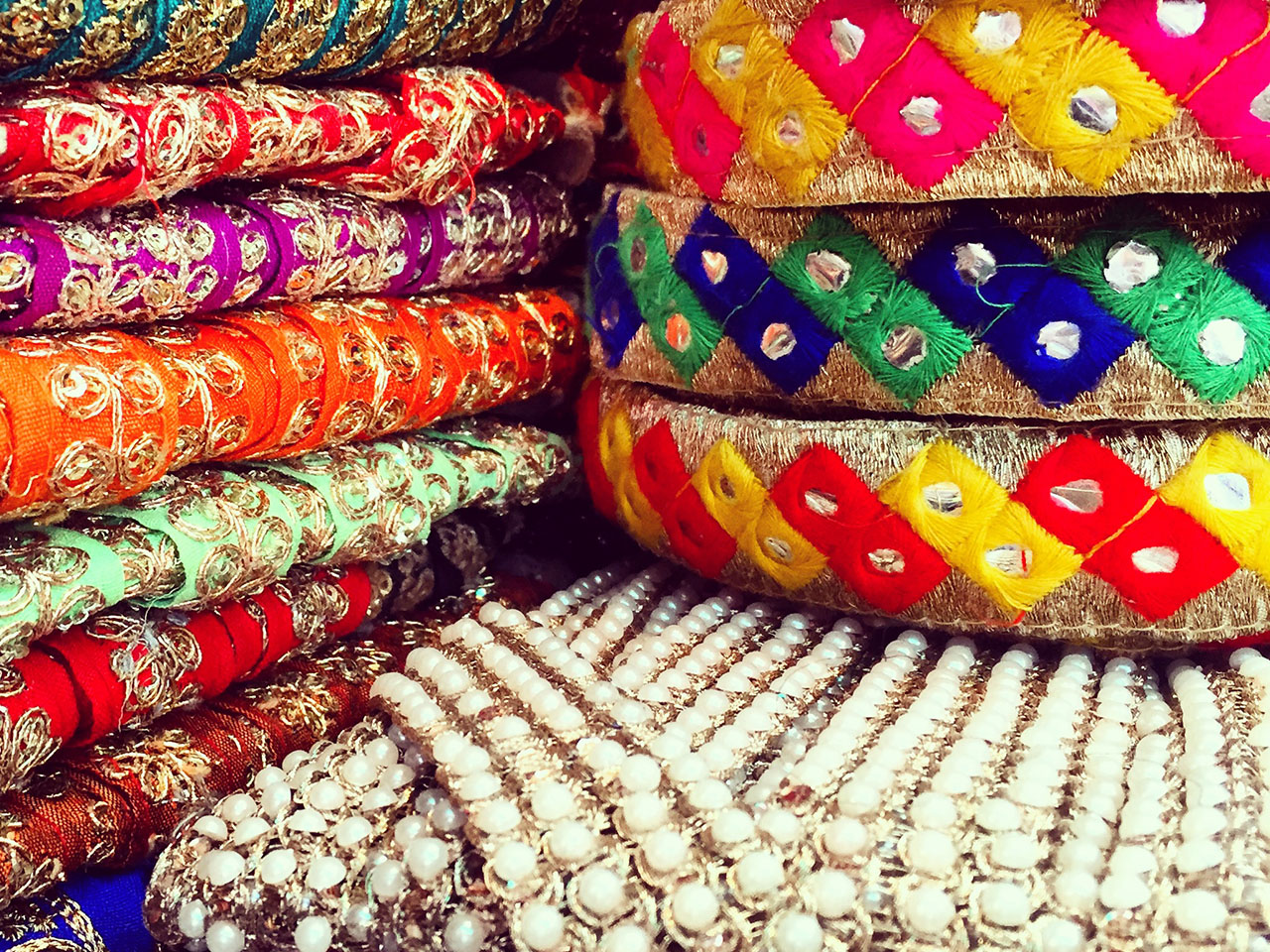 Eat: so many great options in Delhi to eat!

The Oberoi has a killer buffet with not only some of the best Indian, but the best Chinese and the best Japanese you’ll have had in a while! After you’ve eaten, be sure to check out what gigs are on in Delhi. Yes music gigs. They get big international acts at often surprisingly low prices and who doesn’t love getting swept up in the fun of stadium tour! We managed to catch Russell Brand on the first night of his tour and had a seriously good chuckle.

Next post Gents at Sea: the cruising guide for men

About the Author Kip & Co

Alex, Kate and Hayley launched Kip & Co in 2012 offering bright, colourful, beautiful bedding and have quickly expanded into a covetable, vibrant lifestyle brand. Kip & Co’s collections are inspired by the everyday and the out of the way – life’s big moments and its sunny days, adventures to places exploding with colour and good times, laughter and the next sip of champagne.
Twitter