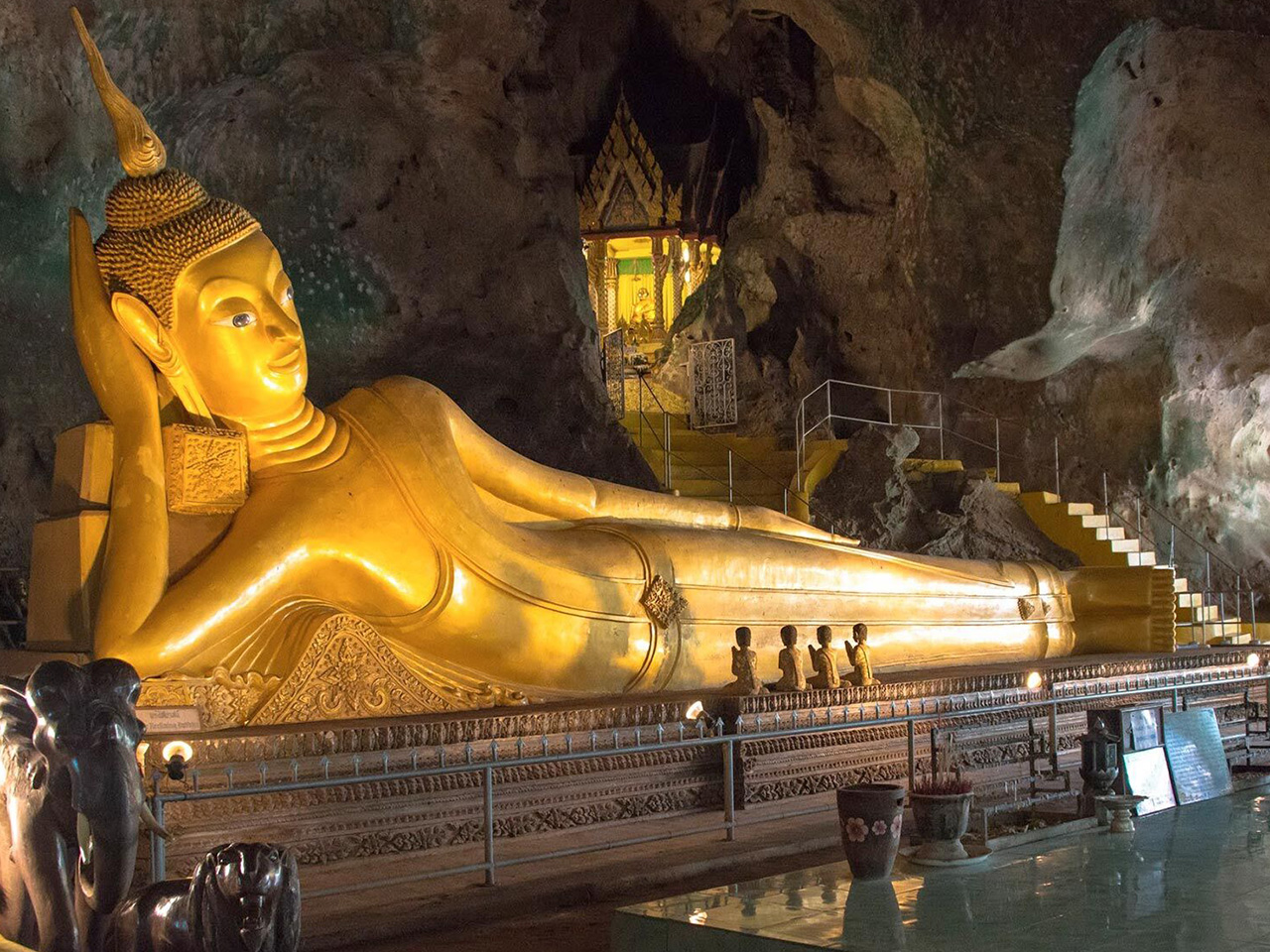 The lands around Thailand’s largest island are filled with all kinds of incredible experiences. Jagged mountains, tropical jungle, rubber tree plantations, and rushing rivers are waiting in the wilderness, giving you the chance to find whatever kind of adventure you’re after. You can meet an elephant or charge through the jungles on an ATV, visit an ancient Buddhist monastery or take to the rapids in an inflatable raft. If you’re looking for some things to do in Phuket that take you beyond the city streets, you’ve got plenty of options to choose from.

Go off-roading with an ATV

With double the wheels and—no offense—a lot more horsepower than you can get out of the bicycle, there’s a level of excitement that you can only find on a 4-by-4. Tour East has you covered there, with a tour that takes you way off the roads as you motor through swamps and jungles all the way to the sea. Don’t let the rough ground on the most out-of-the-way trails hold you back as you try one of the most remarkable things to do in Phuket’s wilderness.

Get some air in the jungle

If speed is what you’re after, even an ATV can’t beat the rush you get from riding a zipline through the tangle of rubber trees in the middle of the island. The tree top courses offer up plenty of ways to plot your own adventure through the jungle, complete with sky bridges and hundreds of platforms built among the woods. Take some time to admire the views when you aren’t abseiling down from the treetops or zipping through the air.

Phuket Island is more or less the perfect size to explore by bicycle—big enough to have all the terrain you’d want, from grassy plains to jungle and mountains, and small enough that you’ll have time to get there. You can hit up the sights of Phuket City with an electric bike courtesy of EXO Travel, or you can apply some real pedal power out on the country roads. The team at Diethelm Travel can lead you out on the dirt roads and grassy trails for a sightseeing adventure that runs right through the island’s natural beauty. Waterfalls, beaches, and plantations of rubber and pineapple trees are just waiting for you to cycle through. 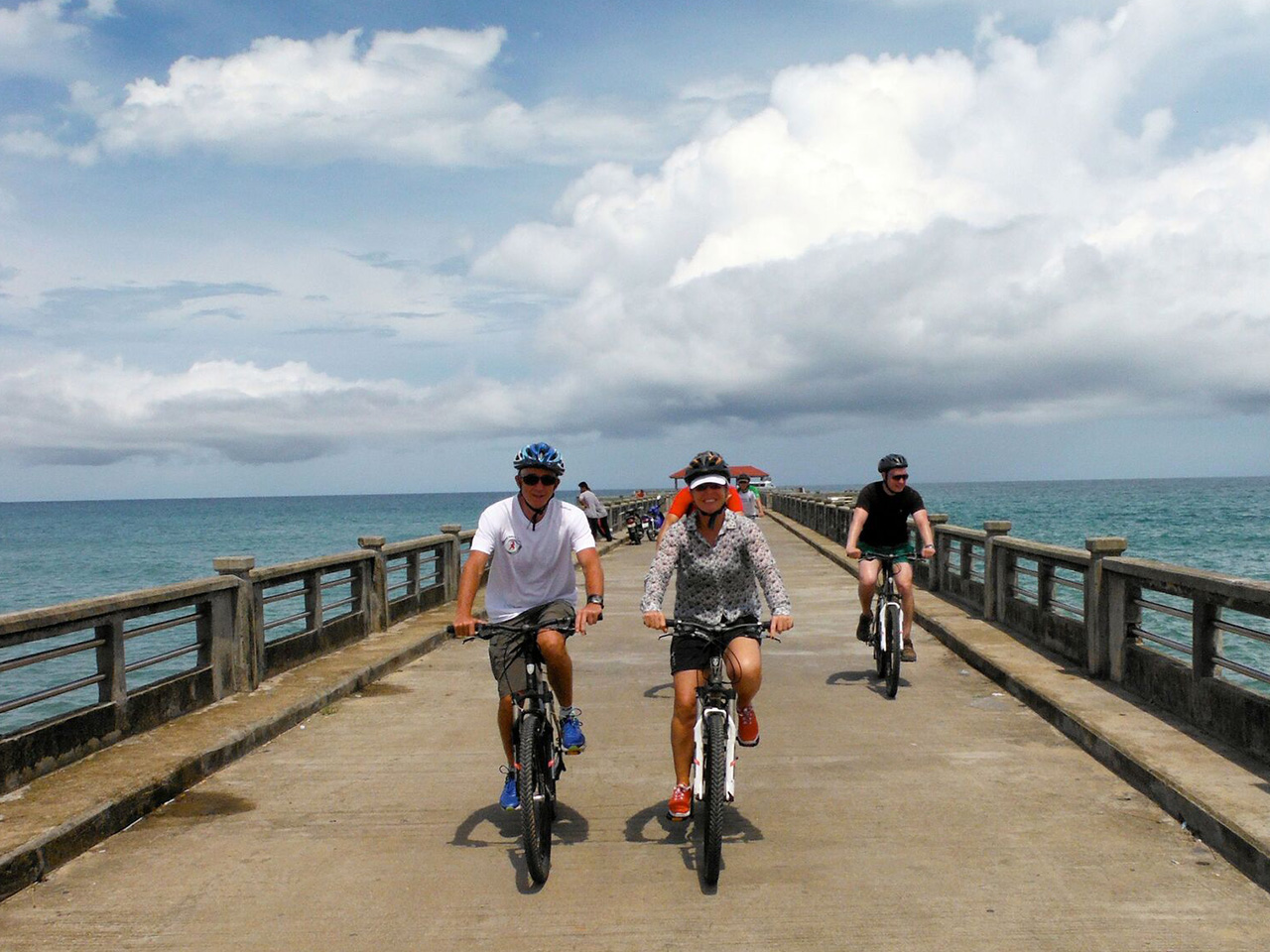 Take on the wildlands in Phang Nga

Just across the Sarasin Bridge on the mainland, the Malay Peninsula has all kinds of adventure waiting for you. The rivers that drain out of the mountains might as well have been made for whitewater rafting, and are not to be missed if you like charging through rapids between rocky, tree-lined shores. Tour East Thailand has put together a full day of excitement that lets you try out your options for adventure, from rafting to wildlife.

Get to know the Big Buddha

If you’re after some of the island’s best views, you’d do well to hike out to the monuments, temples and monasteries that fill the country. The giant white Buddha on top of Nakkard Hill looks down over the whole southern end of the island, and the brilliant gold-trimmed temples show off some real Southeast Asian grandeur. Diethelm Travel has picked out some of the grandest attractions for a day trip.

In between the sandy beaches, tree-covered mountains, thick jungles, and lush plantations, Phuket packs a whole lot of adventure. If you want a hand getting around to the sights, the guides have put together plenty of options. You can join Tour East for an outing that takes you the beautiful Khao Lak-Lam Ru National Park and the moving Tsunami Memorial Park. Or hop on a bike to visit a sea turtle sanctuary, swim in a waterfall and enjoy lunch in the secluded coastal village of Thai Muang.

Take me to Phuket!

Previous post How to have the ultimate Dubai stopover