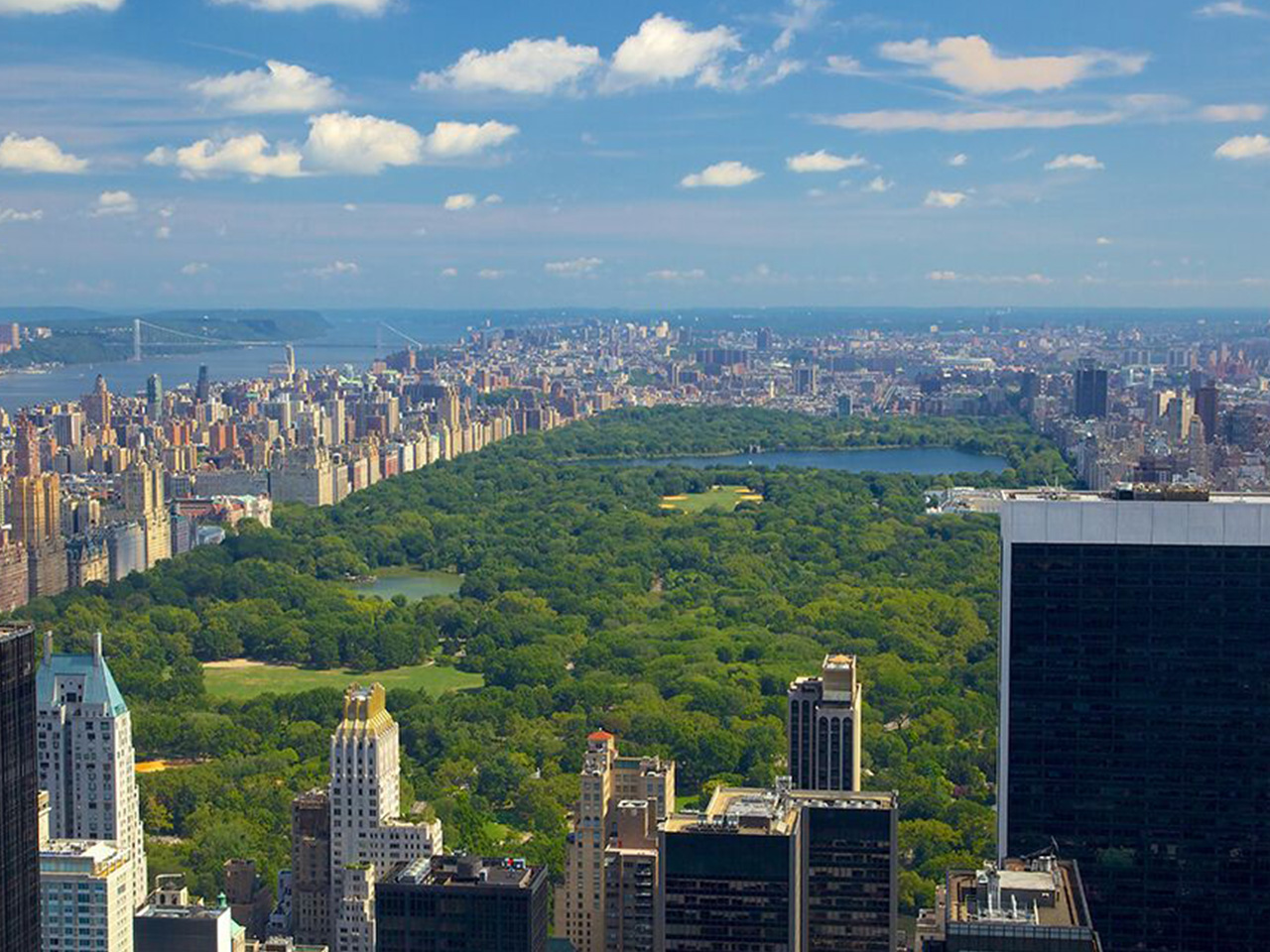 Whether you’re flying through on the way to another awesome city or just looking to make the most out of your time in New York, it is possible take a bite out of the Big Apple in just 24 hours. Trust us—your only problem may be that you won’t want to leave! Put on your walking shoes, grab a MetroCard, and get ready for adventure in America’s most famous city. We’ll show you where to go if you’ve only got a “New York minute”.

To escape John F. Kennedy Airport (JFK), climb aboard the AirTrain, which services the Metropolitan Transportation Authority (MTA) subway and bus stations. If you’re already in the city, public transportation is also your best bet. Either way, check the timetables in advance and make sure you leave yourself plenty of time (especially if you need to get back to the airport for another flight!).

There’s always the option of renting a car in New York, but keep in mind, the city is known for legendary traffic jams. If you want to go on four wheels, it’s wise to hop in a cab. After all, what’s a trip to New York without a ride in one of those famous yellow taxis?

What to see and do

Our very first suggestion? Stand on any street corner and look up! Buildings and skyscrapers—countless stories tall—dominate the skyline and cast shadows over intersections and New York City hotels. You can really appreciate this vast concrete jungle with a visit to One World Trade Center, the tallest building in the Western Hemisphere. Standing 541 metres tall, the “Freedom Tower” is more than just an architectural achievement—it’s symbolic of the city’s strength and resurgence post-9/11.

Appreciative of iconic architecture? Don’t miss the Chrysler Building and Flatiron Building. And of course, you must head to the Empire State Building’s observation deck on the 102nd floor. From here, on a clear day, you’ll see the entire lay of the land, up to 130 km away.

While its skyline views are impressive, it’s the energy of New York’s Times Square that has to be experienced to be believed. Here at “The Crossroads of the World”, you’ll find NYC as seen on TV: Cars really do honk at the endless flow of pedestrians, and billboards flash the day’s news in bright lettering. 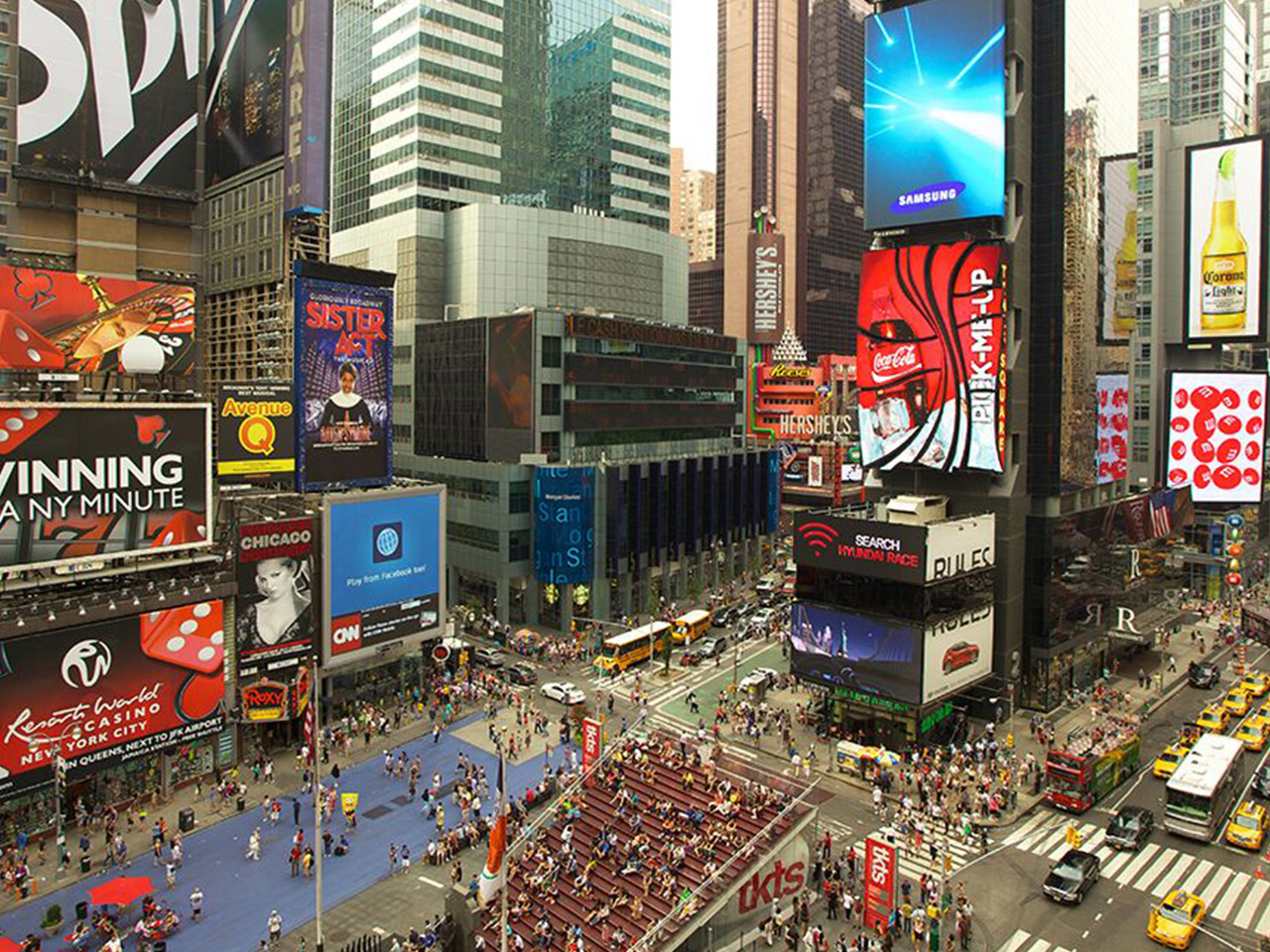 Times Square may be a famous commercial intersection, but serious shoppers will want to stroll about 800 metres east, to Fifth Avenue. This is where the true retail magic happens. Do your best Holly Golightly impression as you peer into the Tiffany’s flagship store and get lost shopping among the four floors of Armani’s finest. Even the massive Lord & Taylor department store is a designated New York City Historic Landmark.

Still have some time left? Take the 15-minute ferry ride from Battery Park to the Statue of Liberty to continue exploring New York in just one a day. The ride alone is worth the trip—you’ll cruise parallel to the famous cityscape, allowing plenty of opportunities for photos. If you’re one of 240 lucky people permitted access per day, you’ll climb the 354 stairs to the statue’s crown and look out over Brooklyn. (Hint: Buy your ticket in advance!)

If you didn’t get a ticket, or that just sounds like a lot of effort, explore the statue’s pedestal and the grounds of Liberty Island. Hot tip: You’ll find cruises from Battery Park that offer a two-for-one adventure, stopping at both Liberty Island and Ellis Island, where you can tour the National Immigration Museum.

If you’ve got a long layover, don’t waste it in an airport terminal. And if you’re on your way to somewhere else, well, we’re sure you have at least 24 hours to spare for the city that never sleeps. See you there!