15 cultural activities every Aussie should do - Expedia Australia Travel Blog

15 cultural activities every Aussie should do 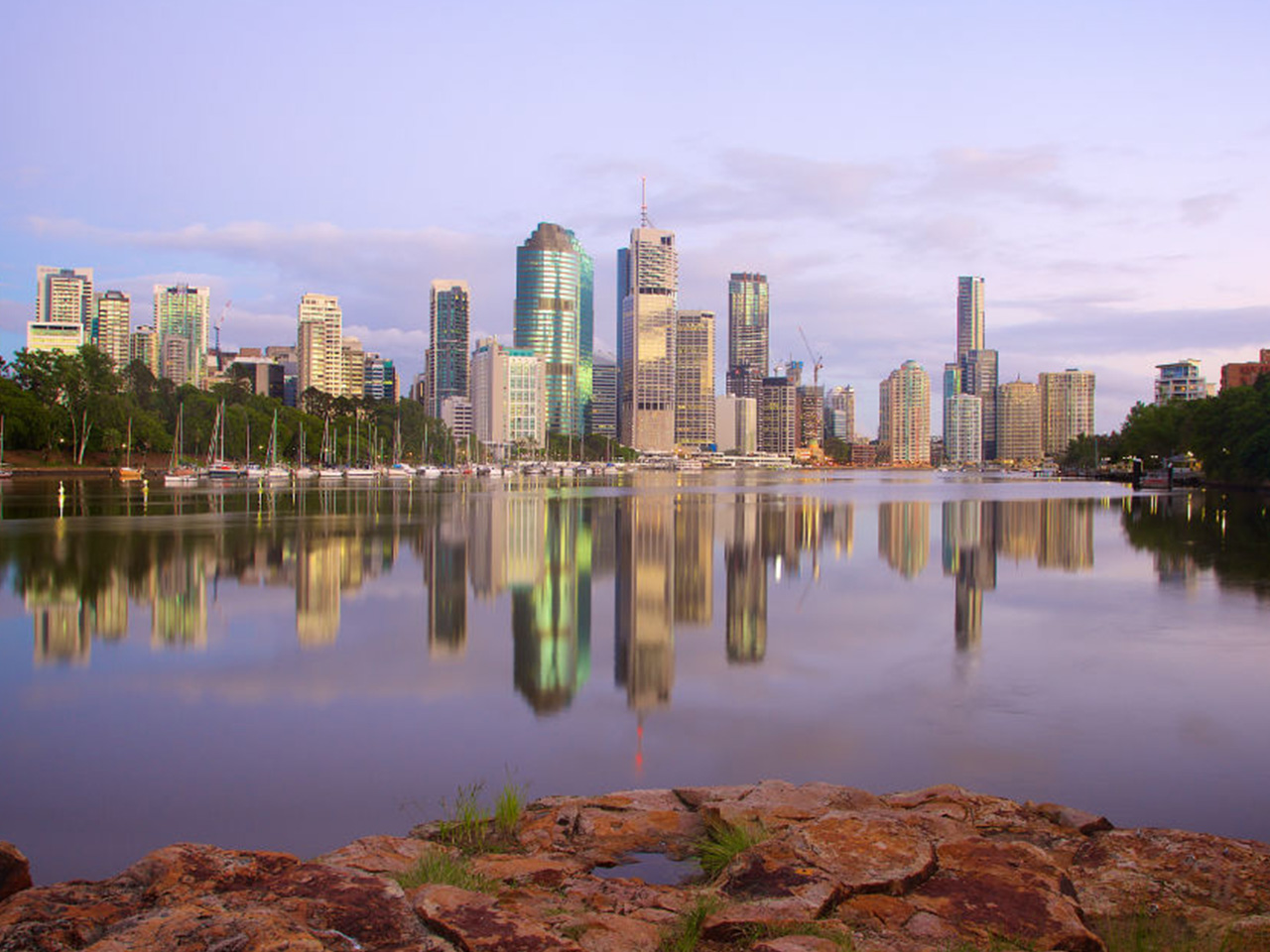 Australia is a diverse place full of opportunities to explore rich, unique and eclectic culture. Our country’s unmatched geography, far-reaching history and multicultural style make it one of the most interesting places on Earth – and we’ll prove it. With world-class Australian artists, award-winning vineyards, hipster havens and spectacular scenery, Australia has a wealth of cultural experiences just waiting to be discovered. From singular activities in Sydney, Canberra and Melbourne to unforgettable adventures deep in the Outback, here’s our roundup of some of the best ways to appreciate our incredible culture.

Unwind with a view in Magill

If your thirst for culture can only be quenched by fermented fruits, a stay in Magill promises to exceed your “grape” expectations. Perched in the foothills north of Adelaide, this suburb has great views of the city – all the better to take in with a glass of wine in hand. An afternoon at Magill Estate, one of Penfolds Winery’s many vineyards, gives you a chance to treat your taste buds to the finest wares while your hosts regale you with intoxicating tales about the vineyard’s history. 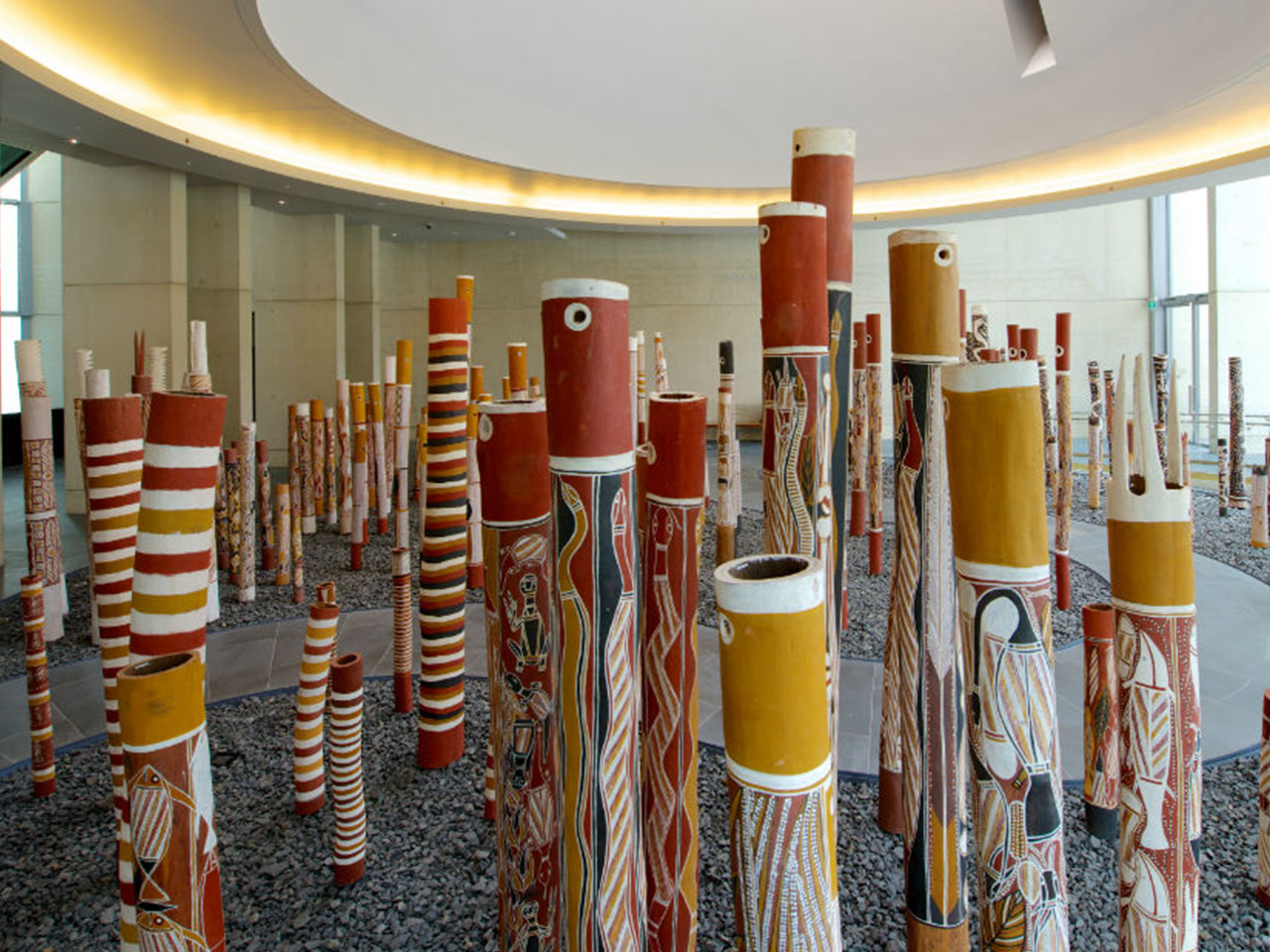 Admire art at the National Gallery of Australia

For an education in some of our best Australian art, the nation’s capital can’t be beat. Along the shores of Lake Burley Griffin, you’ll find the National Gallery, home to the world’s largest collection of Indigenous art. Head next door to the National Portrait Gallery and get eye to eye with a Day-Glo portrait of musician Nick Cave – and also with Ned Kelly’s death mask. When it’s time for a bite to eat,  you don’t have to leave the art behind. Grab a seat in the Mosaic room at Hotel Hotel’s Monster restaurant and dine amid oversized original artworks.

Immerse yourself in an Aboriginal community on the Tiwi Islands

Fact: On the Tiwi Islands, nearly 90% of local residents are directly descended from the Aboriginal Australians who’ve lived there for the past 7,000 years. You’ll need to arrange a tour with a local guide before arriving on Bathurst Island about 100km north of Darwin. Once there, you’ll have access to Mission Heritage Gallery, where you can see beautiful works like wood carvings decorated with sacred mythological birds. At Tiwi Designs Art Centre, watch local artists produce pukamanis, ornately adorned burial poles reaching up to three metres in height.

Eat your way through Queen Victoria Market in Melbourne

Looking for things to do in Melbourne? Pay a visit to the open-air Queen Victoria Market, the largest in the Southern Hemisphere. Sample some of the region’s most remarkable food s  then catch a bit of live music – there’s always something on. Queue up at American Doughnut Kitchen’s charming 1950s van to taste warm dough perfection – these jam-filled treats are well worth the wait. If you’re not about to limit yourself to just one unique delicacy, treat yourself to the Borek Shop. This savoury pastry house is practically a Vic Market institution. Order the spicy lamb or spinach and cheese; you won’t regret it. While you’re there pick up a few souvenirs from the many merchandise stalls such as JLP Melbourne or Petal, and return home with more than great memories.

Drink in the coffee culture with a visit to Adelaide

Coffee culture takes centre stage in Adelaide, where enjoying java is way of life. Feast on brekkie at Fiefy’s, famous for its authentic Belgian cocoa, then enjoy an afternoon cup at E is for Ethel, another of the city’s most popular java joints. The nearby Exchange Coffee offers specialty brews you won’t find anywhere else in town, while Pure Boutique serves up award-winning espressos made in South Australia’s only Synesso Hydra, a high-end caffeine machine that costs as much as a modest car. We told you Adelaide takes its coffee seriously. 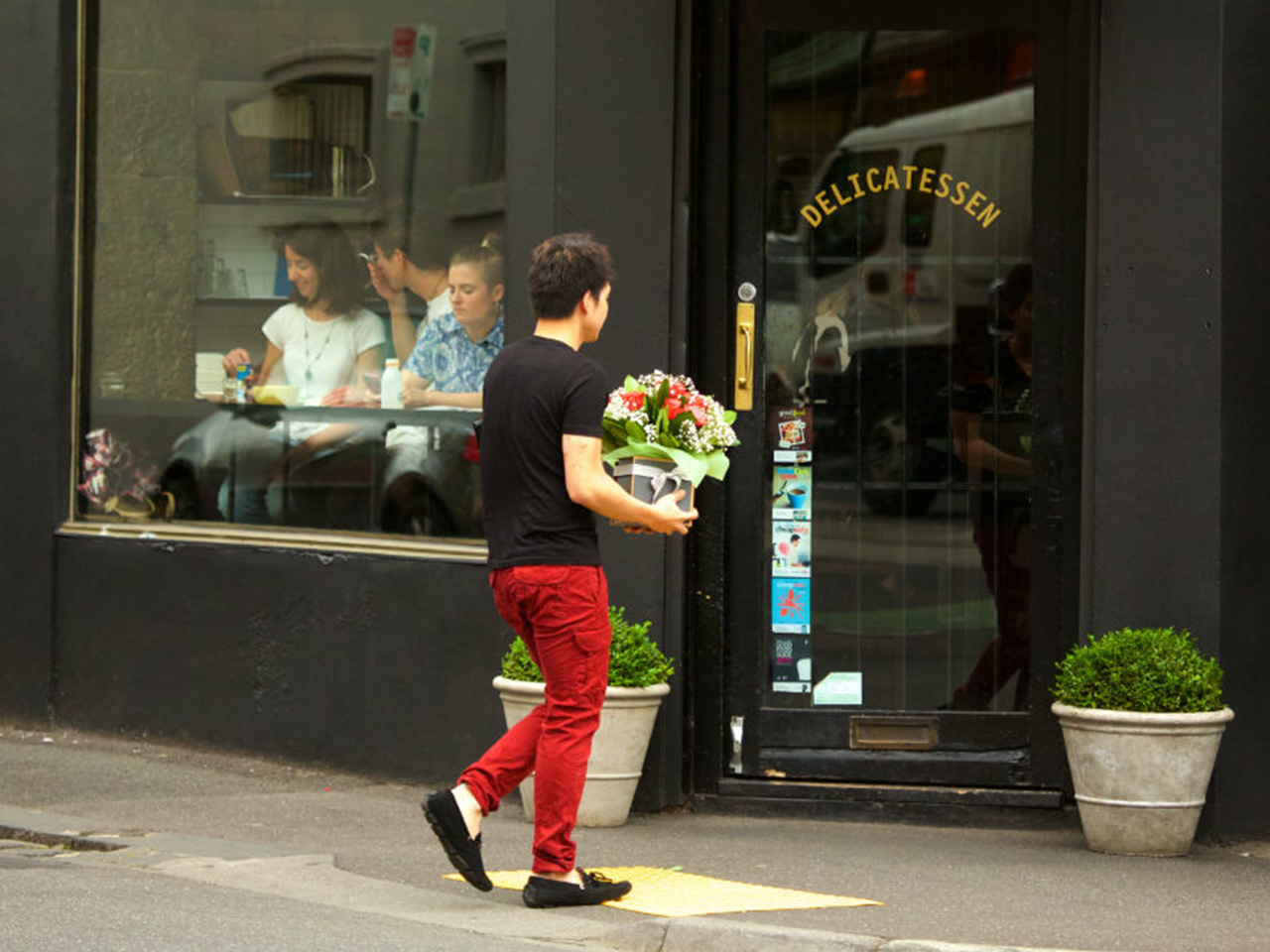 Hunt for treasures in the eclectic shops of Fitzroy

Alternative art and hipster culture collide in Fitzroy. Recognised as Melbourne’s first suburb, this vibrant community is home to edgy galleries, boutique bookstores, and quirky pubs. Don’t skip Gertrude Contemporary, a nonprofit gallery and creative studio space celebrated as the community’s cultural centre. After working up an appetite strolling through the street art and murals, live like a local and pick up a panini from Brunswick Street Alimentari Eatery & Delicatessen or order straight from their deli cabinet. It’s full of local charcuterie, cheese and antipasto. If that’s not irresistible, we don’t know what is.

Drop in on the world’s largest surf festival in Noosa

Veteran boarders and kooks alike will find plenty to love in the surf scene of Noosa. This wave mecca on the Sunshine Coast is the home of the Noosa Festival of Surfing in March, which celebrates the subculture with movies, music, and munchies. Oh, there’s surfing, too: More than 800 international entrants compete in a variety of contests. Left your togs at home? Find the latest threads at Golden Breed – and get top surf tips from the staff. Grab some waves, then grab a bite at Boardwalk Bistro, known for its relaxed vibe and awesome ocean views. 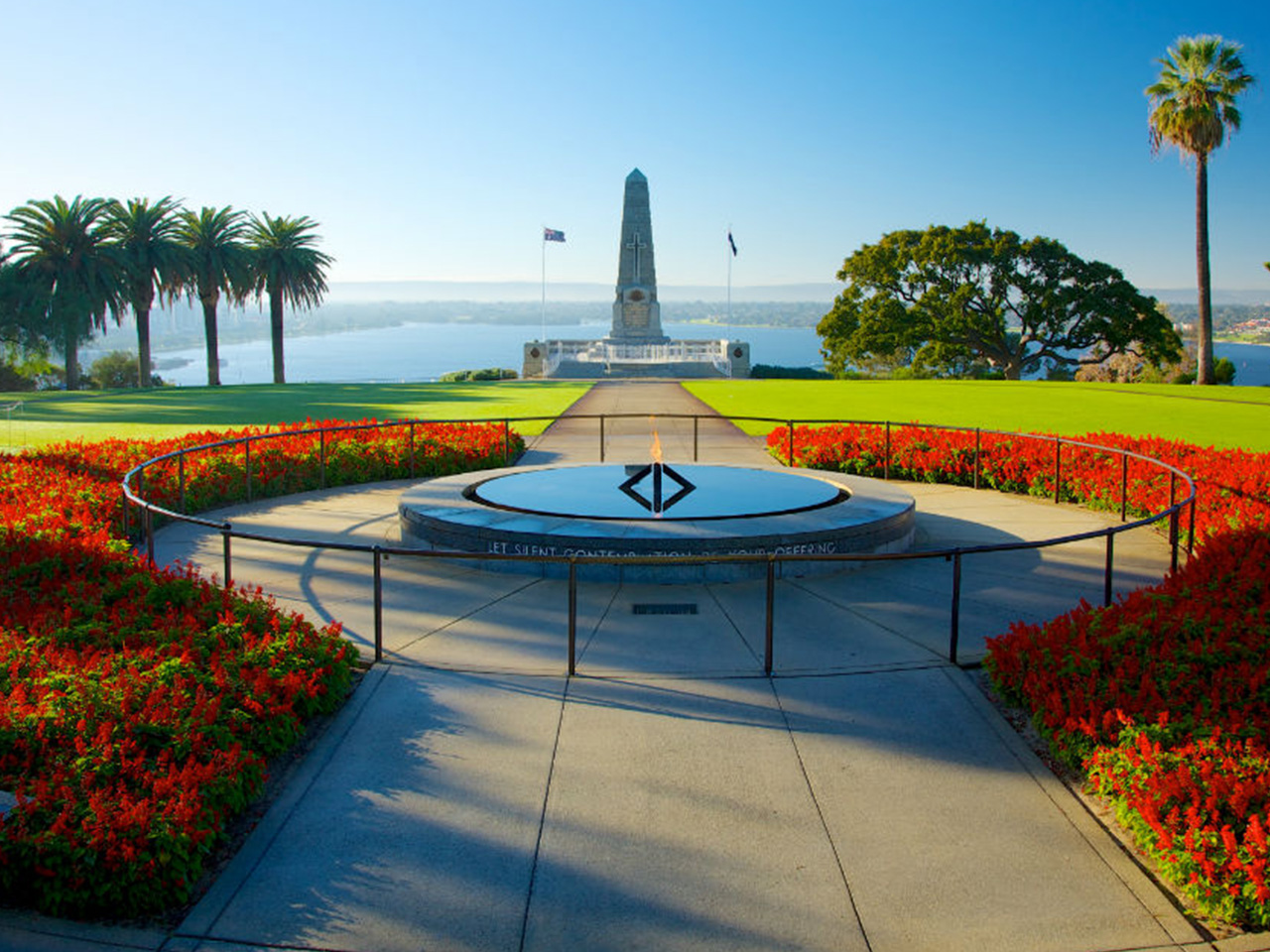 Get artsy at Kings Park and Botanic Gardens in Perth

What do you get when you combine renowned Indigenous art and gorgeous fields of flowers? Kings Park and Botanic Gardens! It’s way more than a park—this cultural centre gives you a chance to interact with the artists while watching them do their thing. Learn all about the art of indigenous peoples, then browse through Aspects of Kings Park—a gallery and store—and pick up some souvenirs. Finally, swing by Painted Bird Bar & Kitchen in the CBD for casual dining and top-shelf cocktails. Even the name is artsy.

Sink into a cinematic experience in Sydney

If you think Sydney is all about beaches and nightlife, well, you’re partly right. But there are plenty of Sydney attractions for your cultural side. Case in point: It’s got a spectacular cinematic scene. Attend red carpet events and screen international films like a pro at Sydney Indie Film Festival in October. The more casual observer can grab a beanbag chair at the Moonlight Cinema in Centennial Park, where the hosts serve you snacks as you sit under the stars. And true film buffs will fall in love with Golden Age Cinema and Bar, a restored 1940s screening room.

Bask in Brisbane’s cornucopia of culture

Queensland’s capital has so much culture, you’re going to need a guided morning tour. You’ll start at City Hall, the Parliament House and St. John’s Cathedral to uncover the city’s rich history, from its convict-era past to modern metropolitan glory. Then embark on a scenic cruise down Brisbane River before hopping off at Kangaroo Point and trekking up to Bartley’s Lookout for a few impressive snaps. After the tour ends, head to Urbane Restaurant and choose from among five distinct dining experiences. In fact, why not come back five times?

Journey into the Outback with tours from Alice Springs

“Unique ute tours to Uluru”: Say that ten times fast! You may want to practise, because that’s just what the Red Centre excursion from Wayoutback Australian Safaris offers. The charismatic guides transport you from Alice Springs through the red desert to Central Australia’s iconic Uluru. The sunset behind the monumental rock is majestic, to say the least. Next day, head out on a bushwalk through the domes of Kata Tjuta overlooking Kings Canyon, then cook dinner over a campfire before falling asleep under the stars. It’s as perfect as it sounds.

Embrace easygoing village life with a stay in Richmond

Take a trip to a simpler time when you visit the Coal River Valley village of Richmond, acclaimed for its historical homes and buildings, which date back to the early 1800s. The aptly named History House, originally constructed in 1826, still features its original floors, doors, and window panes—history buffs will appreciate that. At Coal River Farm, pick your own fruits, flowers, and berries straight from the ground, or watch the resident cheesemakers and chocolatiers. Hungry? Cosy up at the restaurant for the freshest meal in town. 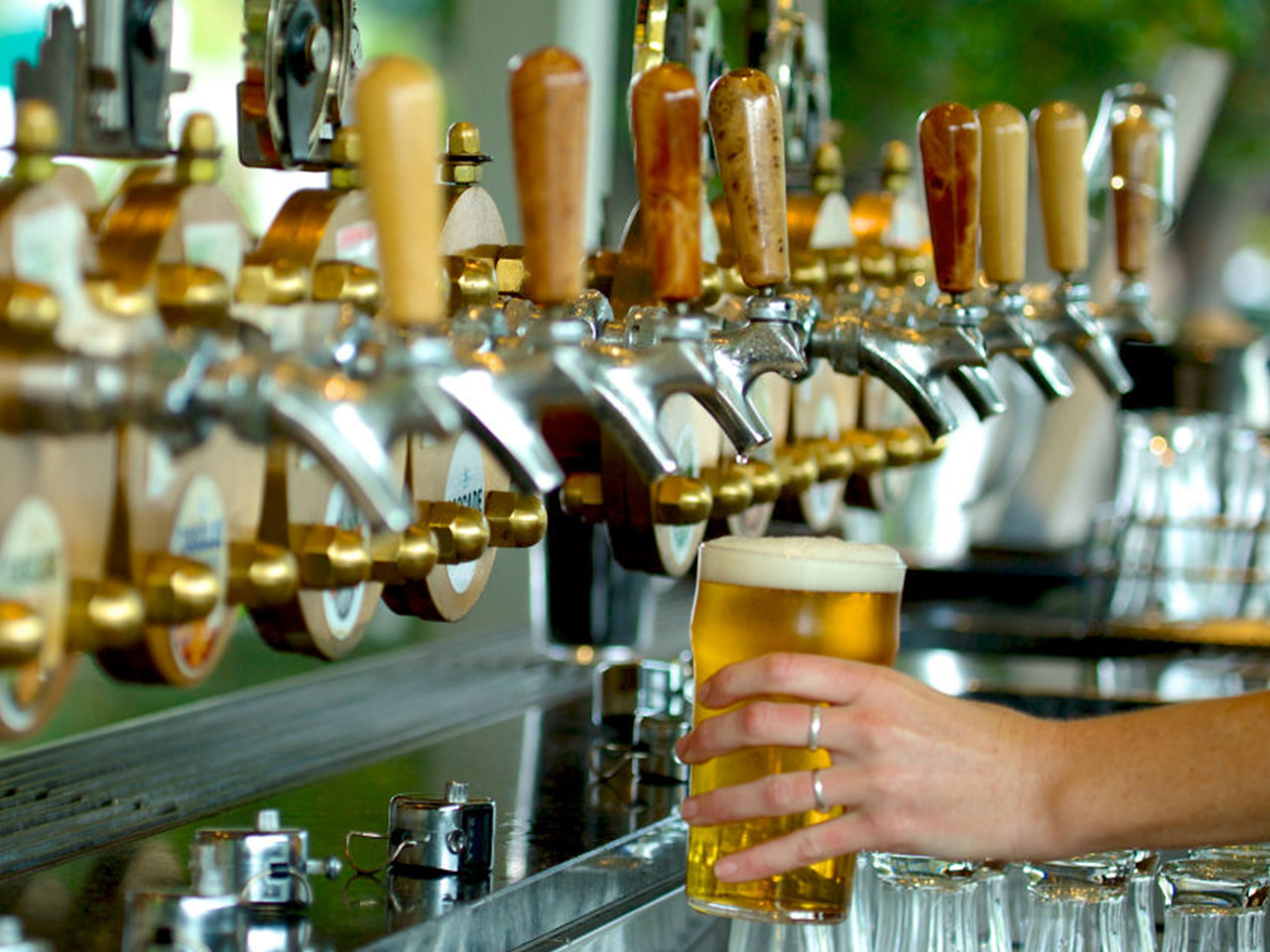 If the only kind of culture you’re concerned with is the yeast in your beer, an escape to Hobart is right up your alley. Cascade Brewery welcomes you to tour their facility and discover what’s involved with crafting Cascade Pale Ale—Australia’s longest continuously brewed beer. For a taste of the microbreweries, drop by Captain Bligh’s, maker of Colonial Ale and Cider. And no tour is complete without a flight (of beers) at Hobart Brewing Co., featuring food trucks and live musical performances. No wonder it’s known as the city’s “beer park”.

Get whisked away by song in Wollongong

When it comes to unforgettable things to do in Sydney’s vicinity, a trip to Wollongong Conservatorium of Music should definitely be on your list. It’s one of the largest musical institutions in the state, and it has the events calendar to match. Looking for even more popular Sydney tours? Meander the lawns of the history-rich Manor House. And when it comes to festivals, “Viva La Gong” isn’t just fun to say. This arts festival, which takes place in November in MacCabe Park, encourages a sustainable community while celebrating Wollongong’s spirit and diversity.

Discover the diversity of Daylesford and the Macedon Ranges

If you’ve heard of the Daylesford and Macedon Ranges Tourism Region, it may be thanks to its wellness centres. However, with hundred-year-old houses and sandstone structures dating back to the 1850s, the history of this area is the real drawcard. Travel back in time at the Tramway Heritage Centre in Bylands, great fun for kids and adults alike. For a deeper dive into the region’s past, spend some time at the Kyneton Museum or Willows Historical Park in Melton. Or just stroll the cobblestone walkways imagining a simpler time.

No matter what you think are the top cultural attractions in Australia, we can all agree that it is one unique place.