The 10 Most Popular Adventures in Sydney - Expedia Australia Travel Blog

The 10 Most Popular Adventures in Sydney 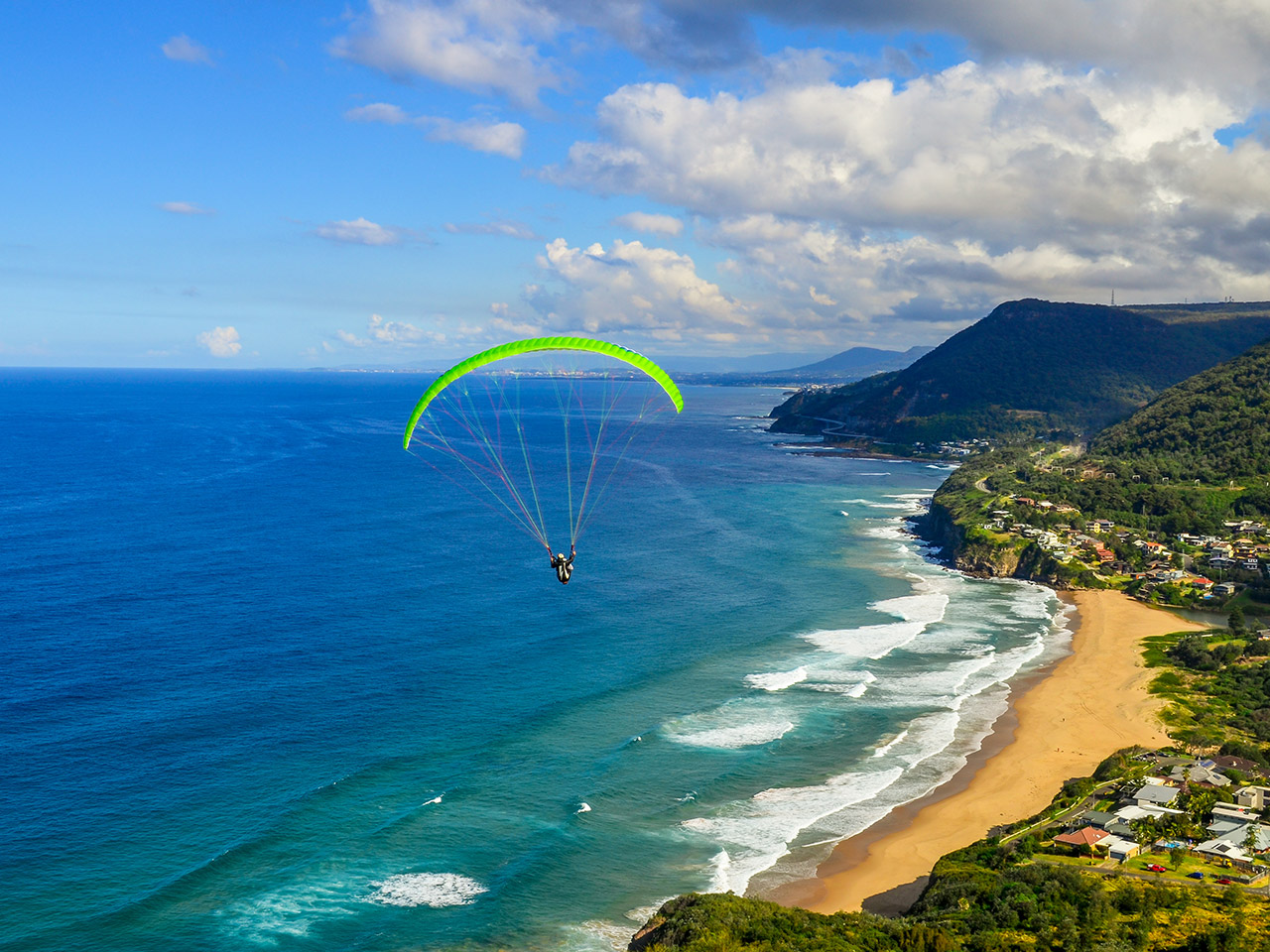 From the soaring heights of the BridgeClimb to a breathtaking whale watching tour, Sydney is jam-packed with amazing things to do. How do you choose?!

When we analysed our data, these unforgettable activities in Sydney rose to the top as the most booked adventures. Take the advice of thousands of fellow travellers and experience these top 10 things to do in Sydney.

Gain a new perspective on Sydney – and overcome your fear of heights – by joining the more than 3 million visitors who’ve trekked to the top of the Harbour Bridge’s iconic arch. Begin your journey at the base below Bradfield Highway, then follow an expert climb leader on the 1,332-step trip that Expedia.com.au users rate an impressive 4.7 out of 5. Amble across epic catwalks and lurch up the ladders of the southeast pylon as you ascend to the bridge’s 134 m summit. Then, upon arriving at the landmark’s pinnacle, breathe in the brisk ocean air and behold an incredible bird’s-eye view of Sydney’s skyline and the Opera House’s astounding architecture. 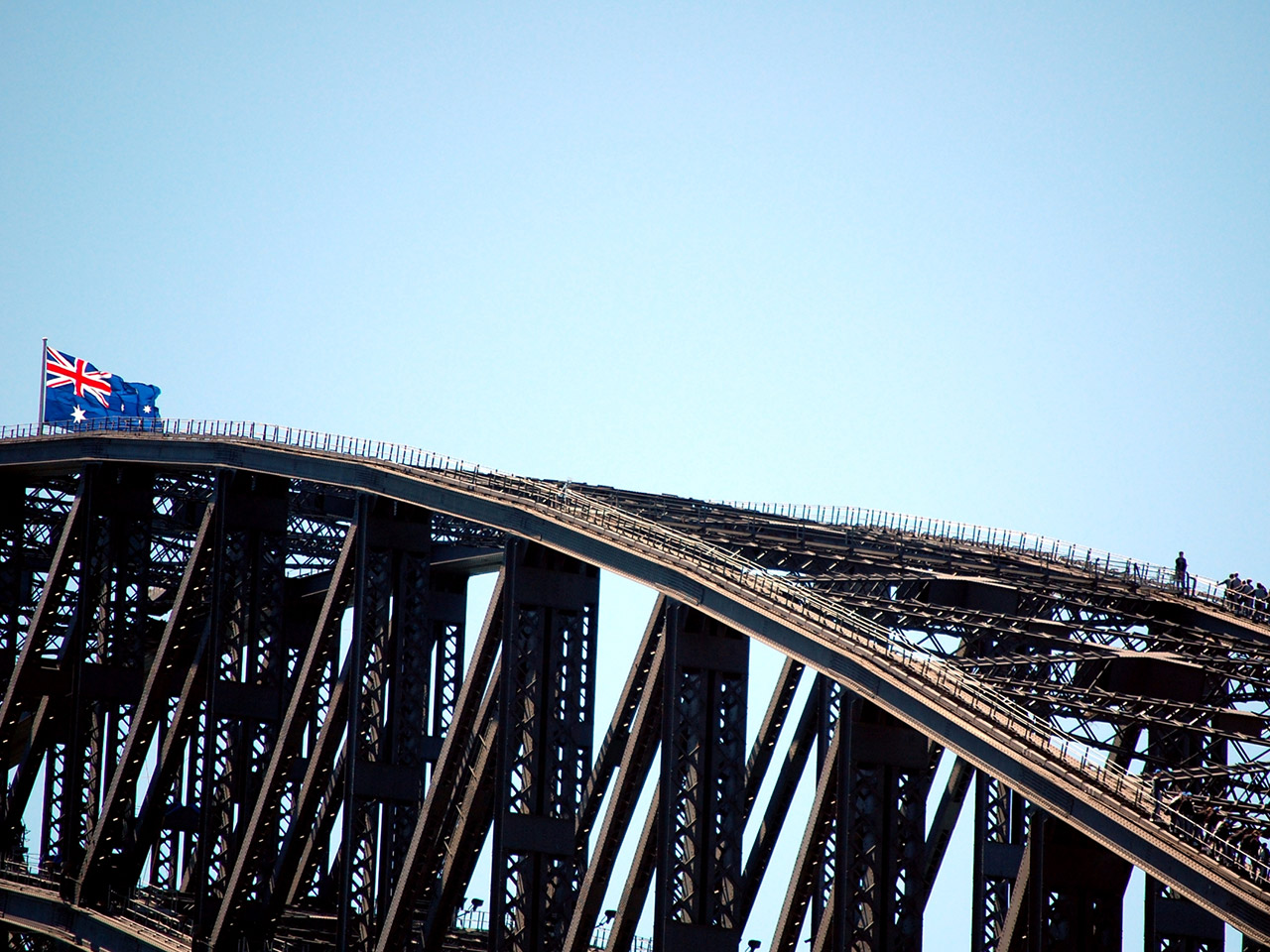 See Sydney’s sights on your own terms with a tour that offers unlimited at-your-leisure rides to dozens of the city’s most desired destinations. Forget about abiding by a set schedule—just board any of the open-air double-decker buses arriving at must-see spots in Sydney and Bondi Beach as often as every 15 minutes. One moment you’ll be at the Sydney Fish Market, southern hemisphere’s largest fish market, and minutes later you may find yourself at the Royal Botanic Gardens, the oldest botanic garden on the continent. To get the most bang for your buck, pick up a ticket that’s valid for the duration of your stay in the city, and you won’t have to worry about paying for transportation again as long as you’re in town.

3. The Blue Mountains and Wildlife Tour

Escape the bustle of the city and explore the natural beauty of New South Wales with a day trip to Blue Mountains National Park, just two hours drive from the CBD. This tour includes roundtrip transportation from your hotel and, on its way to the mountains, offers resplendent views from scenic Cliff Drive. Taking its name from the azure haze emanating from its eucalyptus trees, this range provides awe-inspiring panoramas of the Megalong and Jamison Valleys and lets you lay eyes on Echo Point’s remarkable rock formation the Three Sisters. There’s a quick stop at Scenic World with the option to experience the world’s steepest railway. You’ll also have time to stop in for a visit at Waradah Aboriginal Centre, where you can learn more about indigenous culture. On the way back to Sydney, you’ll get admission to Featherdale Wildlife Park, where you can get up close to—and even feed— animals including kangaroos, koalas, and emus. With all that included, it’s no wonder this Sydney tour has earned an impressive guest rating of 4.6 out of 5. 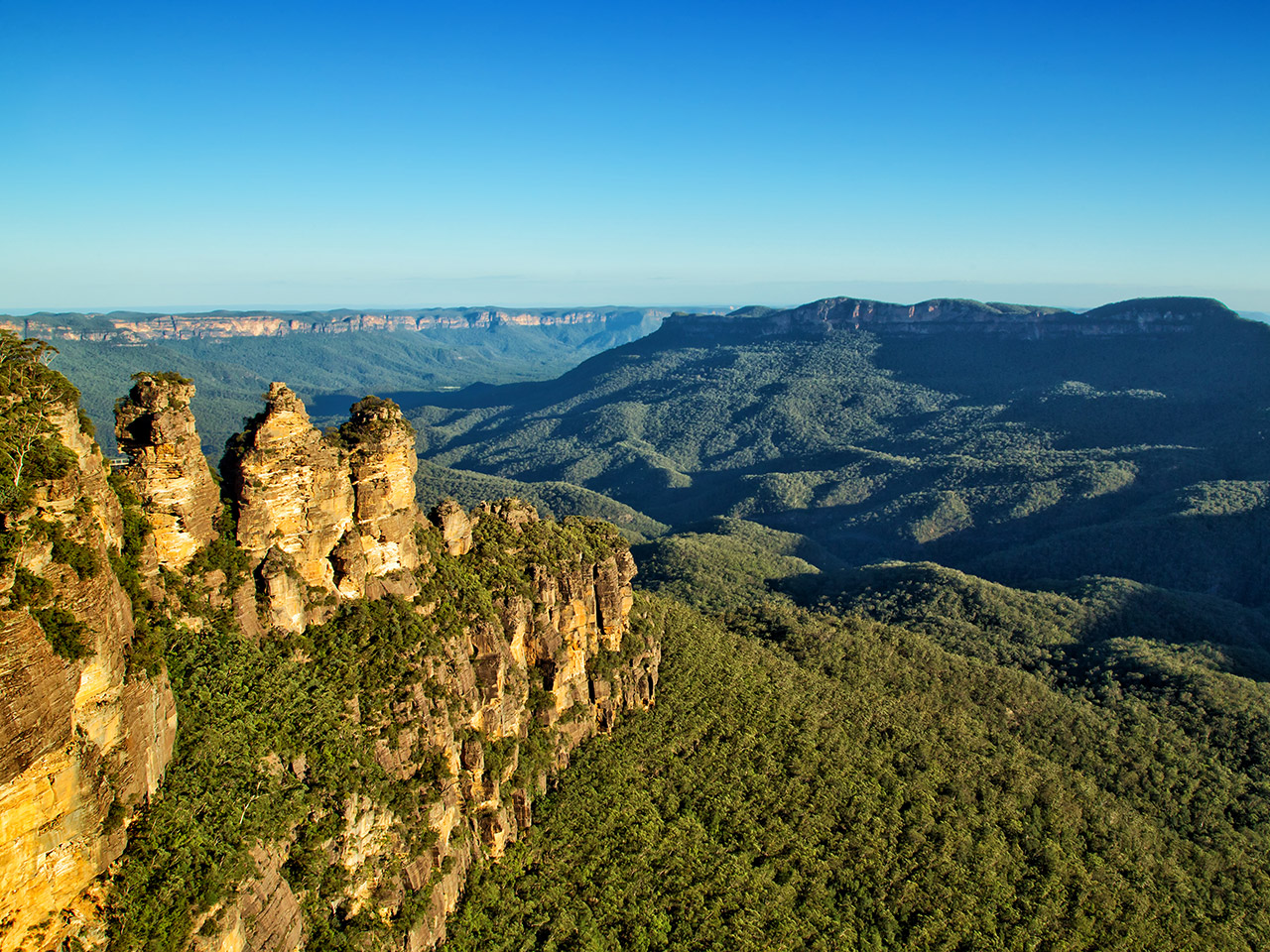 Get an up-close look at the largest collection of cute, cuddly, creepy, and crawly creatures in the country by spending a day at Sydney’s Taronga Zoo. Home to more than 350 species of animals from around the globe, this world-famous facility also features a Sky Safari Gondola that provides riders with a bird’s-eye view of elephants and giraffes, among other exotic animals. You also get a chance to feed a friendly kangaroo or see a saltwater crocodile in the flesh. Give your legs a rest by grabbing a seat in the zoo’s open-air theatre and witness a one-of-a-kind bird show against the backdrop of Sydney’s skyline. Plus, admission to Taronga includes transportation on the Sydney Explorer Hop-On Hop-Off Ferry, which passes the unmistakable Opera House and Harbour Bridge before anchoring at the zoo’s entrance.

Foodies eager for fine dining and sightseeing can kill two birds with one stone by boarding either the MV Sydney 2000 or the John Cadman 2, which each provide passengers with unforgettable views and a slew of signature dishes during a two-and-a half-hour cruise. Tickle your taste buds with mouthwatering mains like Queensland snapper with grilled prawns or seared Angus beef fillet, then follow up your meal with dancing and live entertainment on the ship’s deck, where you can take in stunning views of the city’s skyline, or simply look straight up for some staggering stargazing. 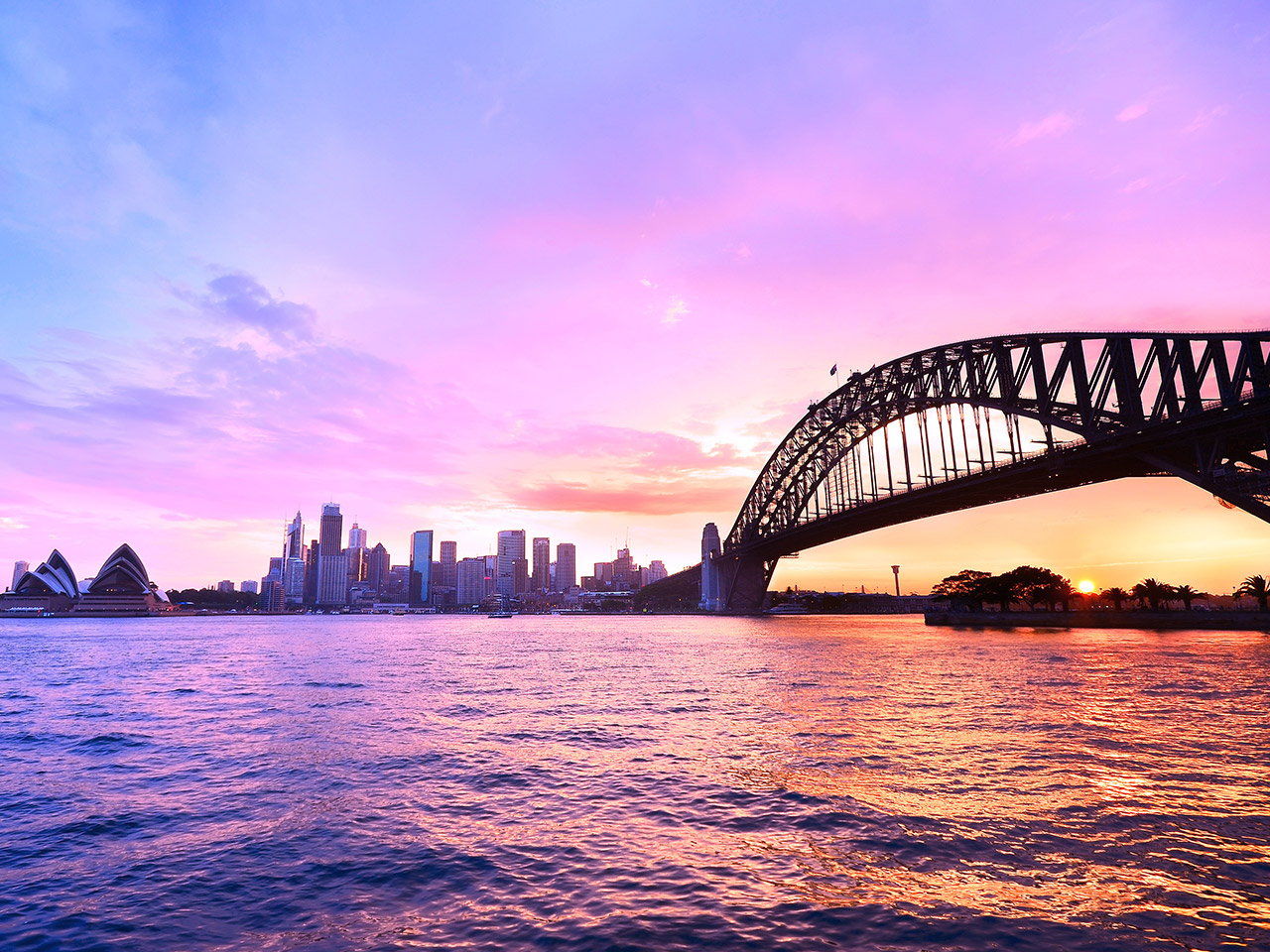 If seeing the sights of NSW from sea level isn’t exciting enough for you, try the view from 4,265m up. Travel less than 100km south of Sydney to Wollongong Tandem Skydive, where you’ll spend five heart-pounding minutes hurtling toward Earth under gravity’s unyielding pull and get a whole new perspective on sightseeing.With an experienced instructor strapped to your back, you’ll relish in unbeatable views of the region’s coast, and freefall for up to 60 full seconds before pulling the parachute cord and safely touching down back on solid ground.

Why stick to just dry land when it comes to sightseeing? With a perfect guest rating of 5 out 5, this four-hour tour guarantees up-close encounters with migratory humpbacks making their way to the Great Barrier Reef. A knowledgeable guide offers an education in both the harbour’s landmarks and the massive mammals you’ll see, plus you can fill your belly with a barbecue lunch served as you drift past the city’s bays and marvel at the sandstone cliffs along Sydney Head. 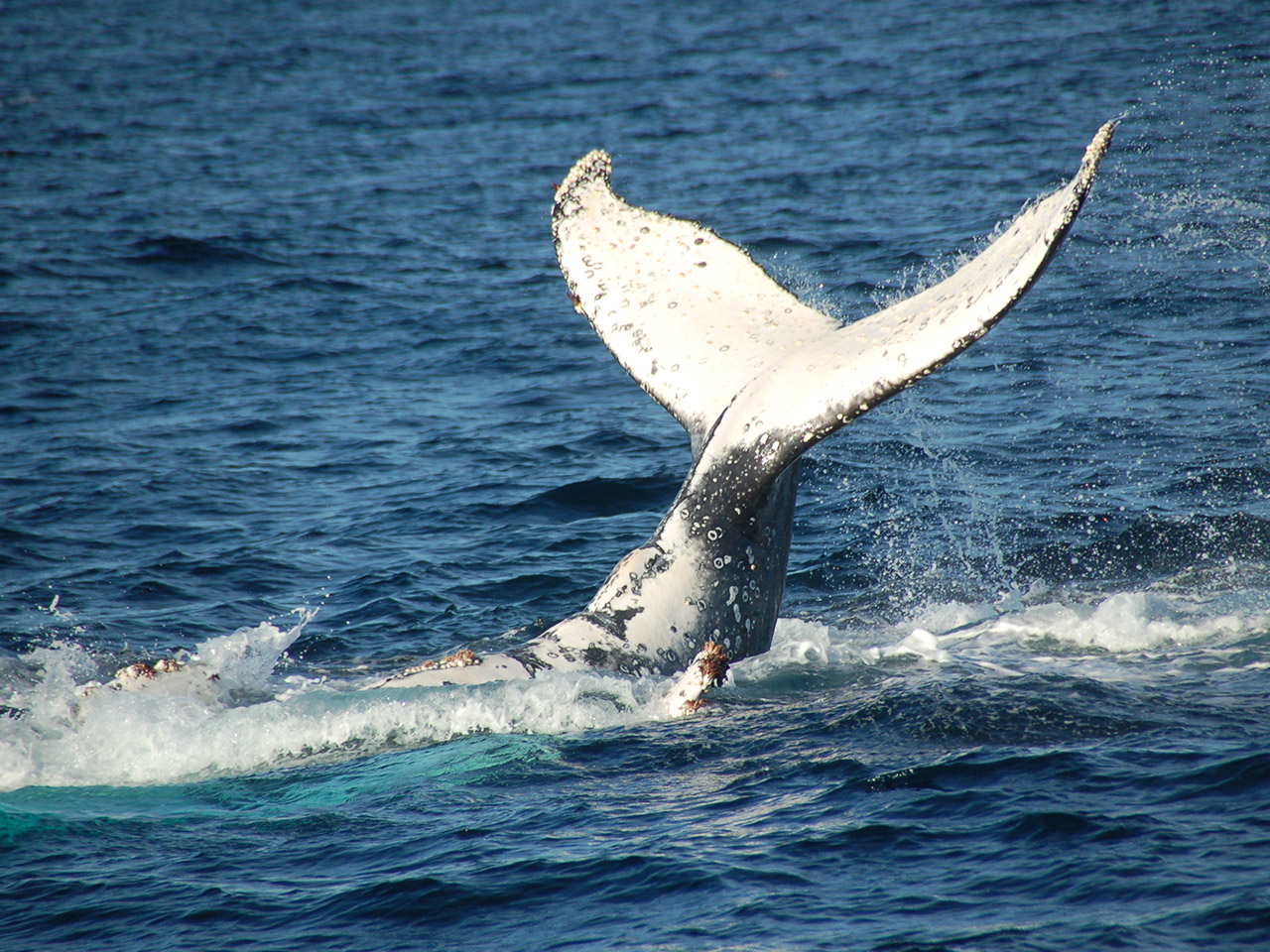 If it’s romance you seek during your stay in Sydney, a sunset cruise aboard this intimate yacht sets the perfect mood for an amorous evening. The luxurious, 20-passenger vessel called Katrina sets sail on the harbour a half hour before sunset and spends two hours cruising amid the vibrant hues of sunset. Admission includes light refreshments, with a fine selection of wine accompanied by award winning King Island cheeses from Tasmania to enjoy while soaking in 360-degree views of the unmistakable harbourside landmarks.

This two-in-one tour combines the best of Sydney’s natural beauty and cultural attractions in a bundled adventure you can enjoy at your leisure. Start by seeing the sights that are synonymous with “Sydney”, then embark on a sumptuous seafood lunch cruise across the harbour. You then get to choose any time within the next seven days to enjoy a guided tour of the magnificent Blue Mountains. Bonus: Your tour of these local peaks also includes admission to Featherdale Wildlife Park, where you can get up close and personal with some of our unique native creatures. 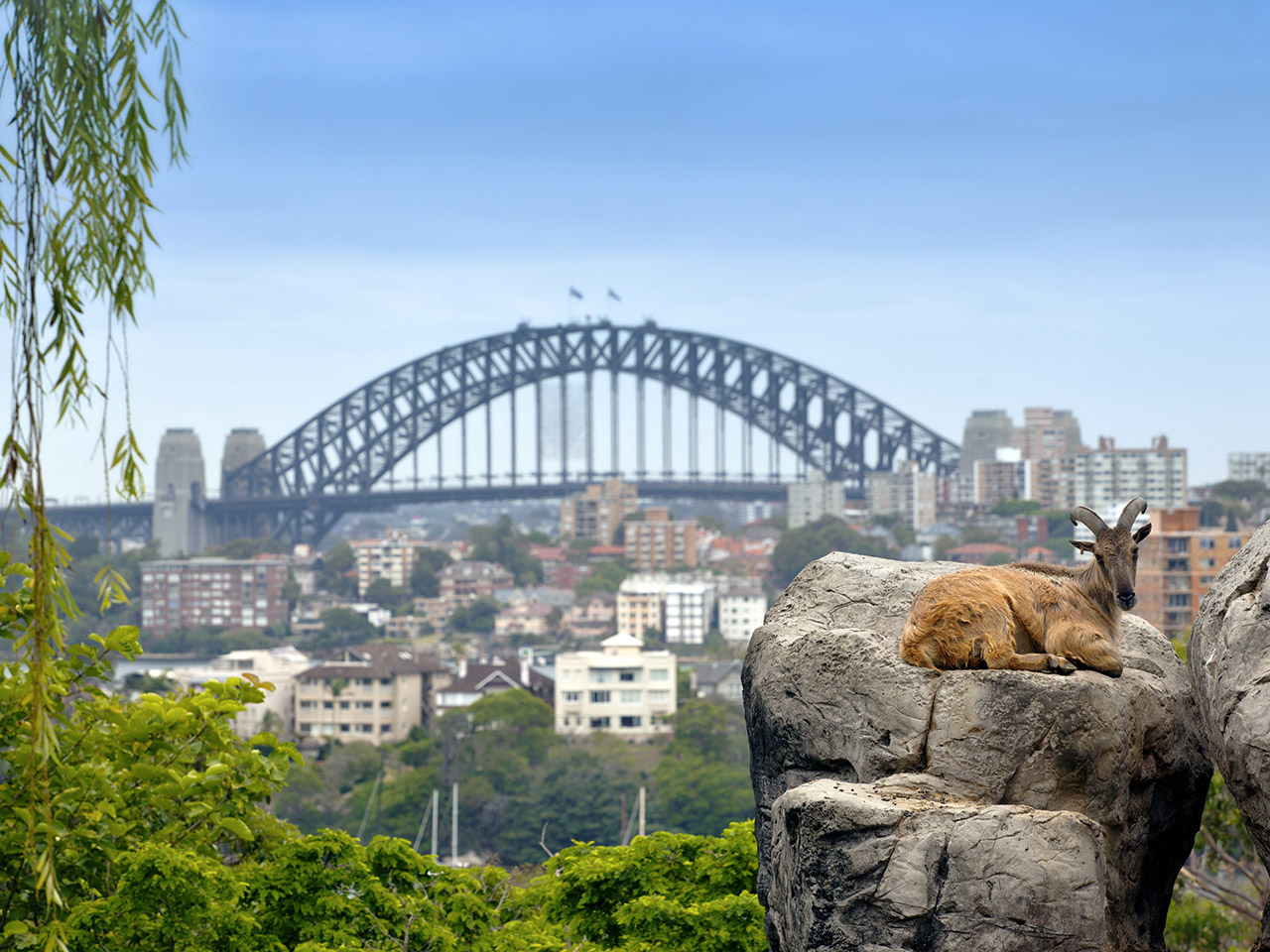 With an impeccable guest rating of 5 out of 5, this streamlined tour lets short-term Sydneysiders experience several of the city’s quintessential sights all in the span of a single day. Begin by hopping aboard a coach that picks you up at your hotel, then settle in as you head north across the Harbour Bridge to the photo-op spot of Kirribilli Lookout. After snapping a few selfies, make your way to Manly Beach before sitting for a spell on the hand-carved sandstone bench, Mrs Macquarie’s Chair. Later, you can choose to board a scenic cruise for a seafaring lunch or opt to discover the decadent dining scene along Darling Harbour. Then, on your way back to Sydney’s CBD, enjoy a brief ride through King’s Cross and past the seaside lookout dubbed “The Gap” before arriving on the shores of Bondi Beach, which epitomises Australia’s surf scene.

We know—Sydney has an almost dizzying array of activities to choose from, so let us help. Check out these top picks when you’re in town, and this holiday will practically plan itself.